It’s All About Density

Connecticut was one of the first states in the USA to introduce legislation that required radiologists to provide women with a measure of breast density when visiting the clinic for their annual mammogram. One of the reasons for this law was an advocacy group called Are You Dense? that drew attention to the link between breast density and cancer. Two stories have appeared in the past week with the common theme being the measurement of breast density. 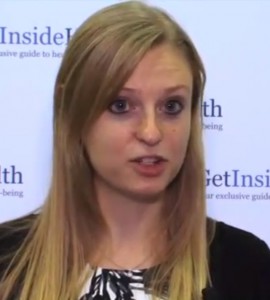 Dr Sarah Steenbergen. Copyright GetInsideHealth.
At the annual meeting of the American Roentgen Ray Society in Washington, DC, Sarah Steenbergen of Yale University presented a study of almost 20,000 women screened in Connecticut over a two-year period. All these women had normal mammograms and dense breasts, this latter parameter measured using a clinical scale called BI-RADS (breast imaging — reporting and data system). By performing screening breast ultrasound on these women, 67 mammographically occult cancers were discovered, with sensitivity and specificity both approaching 100%. Clearly, the legislation has had a positive impact.

In the late 1950s researchers at ICI Pharmaceuticals in the UK were actively looking for a class of anti-oestrogen compounds, hoping to developing a morning-after contraceptive pill. Arthur Walpole and his team synthesised tamoxifen, a drug that has subsequently become the endocrine treatment most widely used in breast cancer, both in adjuvant therapy and for advanced disease. Earlier this week a paper appeared in the Journal of Clinical Oncology showing that if women who are being treated with tamoxifen see a decrease in their breast density, they have a 50% lower risk of dying from breast cancer. 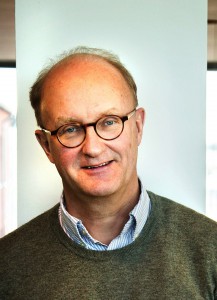 The research team was led by Per Hall at the Karolinska Institutet in Sweden who followed almost a thousand patients over a 15-year period. “To the best of our knowledge, this is the first time mammographic density change has been used as a prognostic marker of response to tamoxifen,” wrote Hall and colleagues. Measuring the change in breast density could therefore be a simple and effective method for assessing whether a drug is working or not.

These findings by the groups in Connecticut and Stockholm, which are supported by a recent paper in Clinical Imaging by Vincenzo and Concetta Giuliano, suggest the need for a screening tool that incorporates both full-field digital mammography and automated breast ultrasound in a single instrument. At CapeRay we are currently building such a device — our dual-modality Aceso model — that will be clinically tested later this year.