Killing Two Birds with One Stone 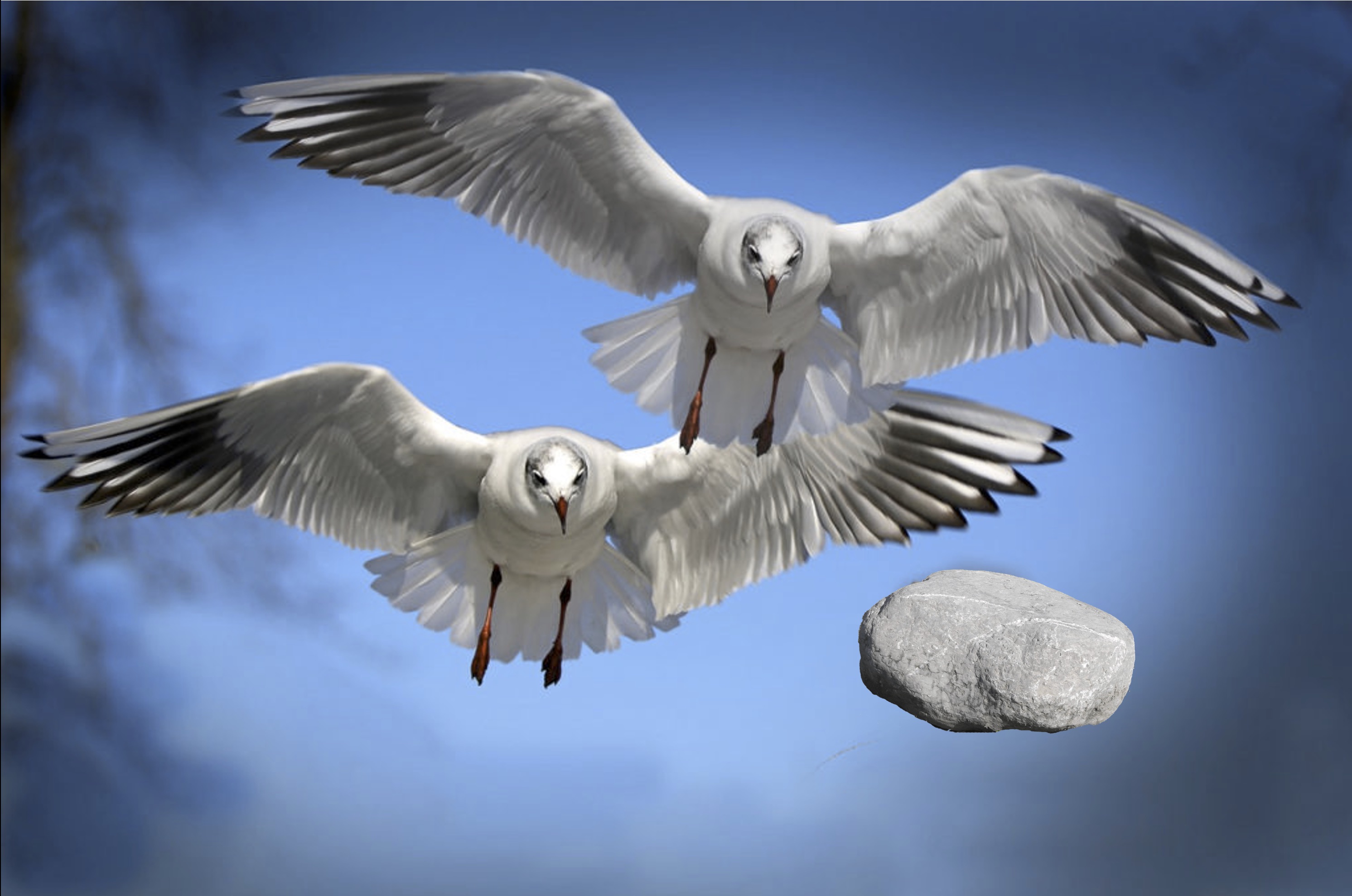 We are all familiar with the expression, “killing two birds with one stone,” which means to achieve two things by performing a single action. Well, earlier this week I received an invitation from Alberto Bedagni, an editor at Qeios, to write a brief review of an article that has just been published in Scientific Reports. I accepted the invitation and then thought: Why not use my review as the basis for this week’s blog? The paper in question is entitled “Dynamic X-ray elastography using a pulsed photocathode source” and may be freely downloaded by clicking here.

Although full-field digital mammography (FFDM) and more recently digital breast tomosynthesis (DBT) have been considered the gold standard for early detection of breast cancer, these X-ray systems often fail to detect malignant tumours, particularly in women with dense breast tissue. This is because the lesion and the surrounding parenchymal tissue appear very similar in the X-ray image and the radiologist faces the challenge of “identifying a polar bear in a snowstorm.” Since cancerous lesions are mechanically stiffer than adjacent healthy tissues, elastography has considerable potential. 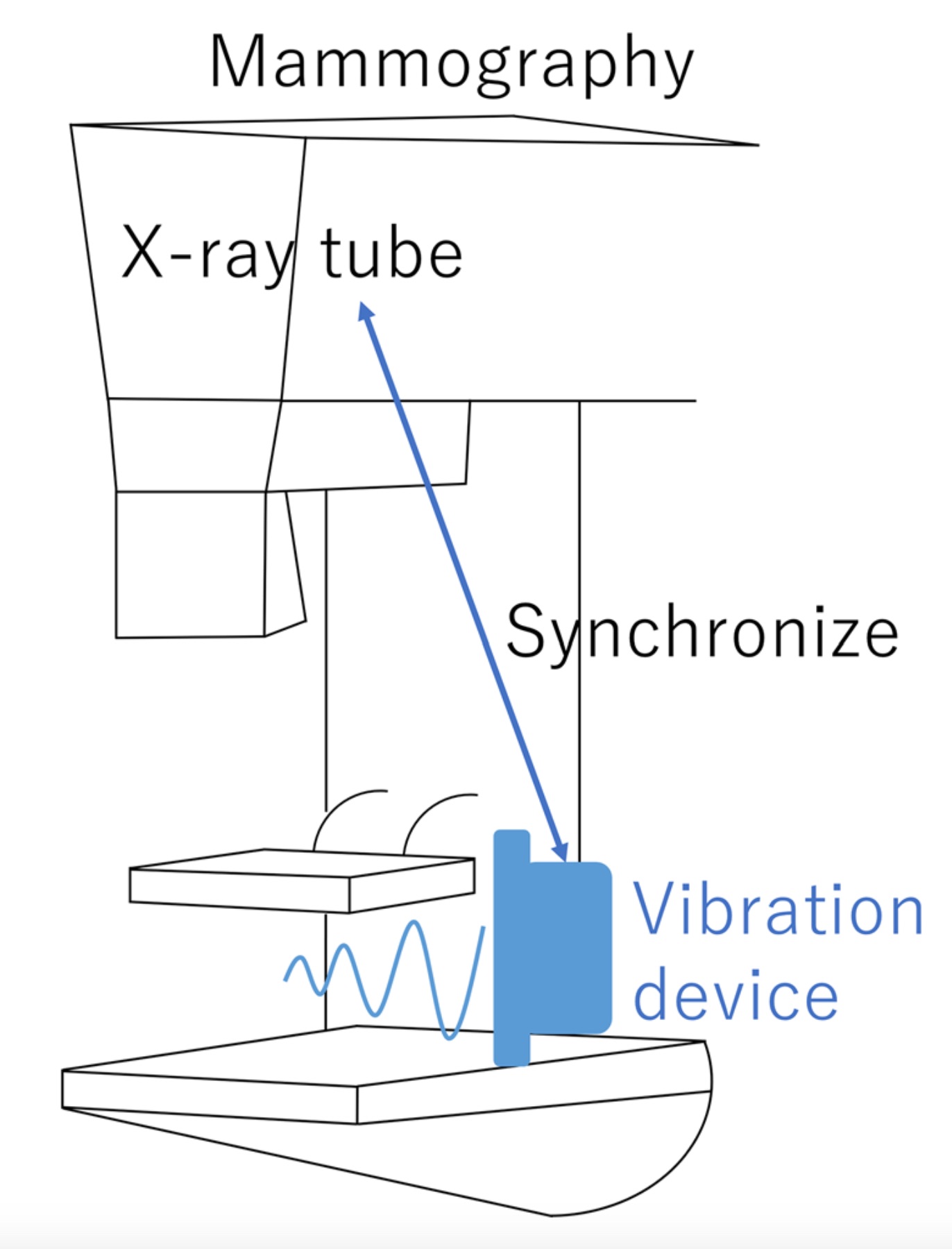 In dynamic elastography, the application of time-varying pressure to the breast generates a shear wave within the tissue. The stress (load) and strain (deformation) produced by the shear wave may be continuously measured using an imaging modality such as ultrasound although this modality lacks the spatial resolution of X-rays. The research team, whose members are based in Japan and Boston, is the first to apply dynamic X-ray elastography in which the tube is pulsed synchronously with an acoustic vibration device (seen left, © Kamezawa).

To test their system, the researchers manufactured a phantom from soft urethane resin doped with zirconium dioxide, while a hard inclusion 25 mm in diameter – to simulate a malignant tumour – was embedded within the centre of the phantom. The contrast-to-noise ratio (CNR) for the X-ray transmission image was 1.1, whereas the dynamic elastography technique for the same two rectangular regions of interest yielded a CNR of 4.5 (see X-ray and elastography images below right, © Kamezawa). 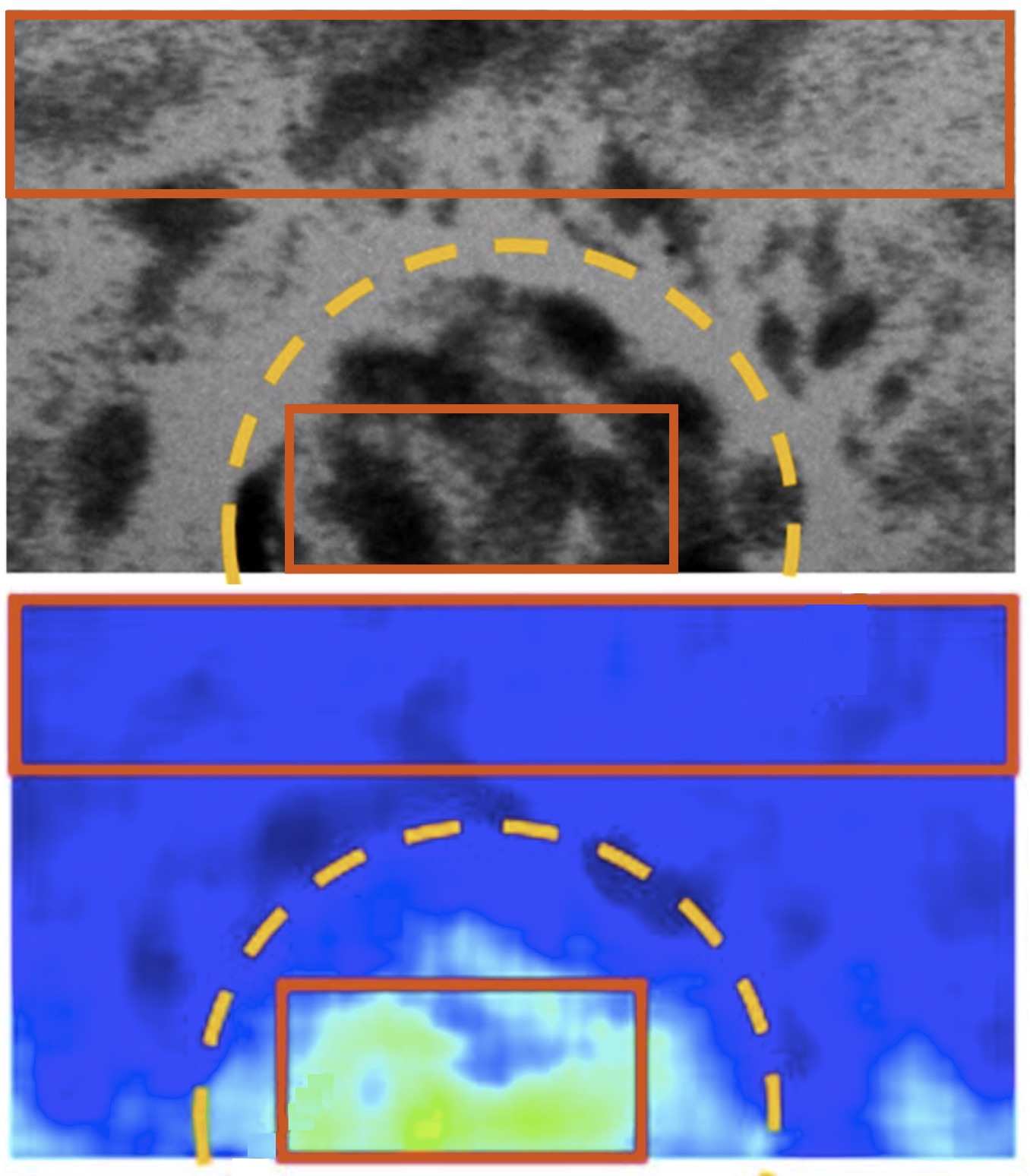 The modulus of elasticity of the hard inclusion as measured by dynamic X-ray elastography (12 kPa) compared well with independent rheometer measurements (10 kPa), and for the surrounding matrix (4.3 vs 3.4 kPa, respectively). These values are similar to the shear elasticity for breast cancer (16.8 kPa) and normal breast tissue (1.4 kPa). The authors acknowledged one limitation of their study was the large size (25 mm) of the simulated tumour, but they are confident their technique should not require higher radiation doses and so the next step will obviously be human trials.