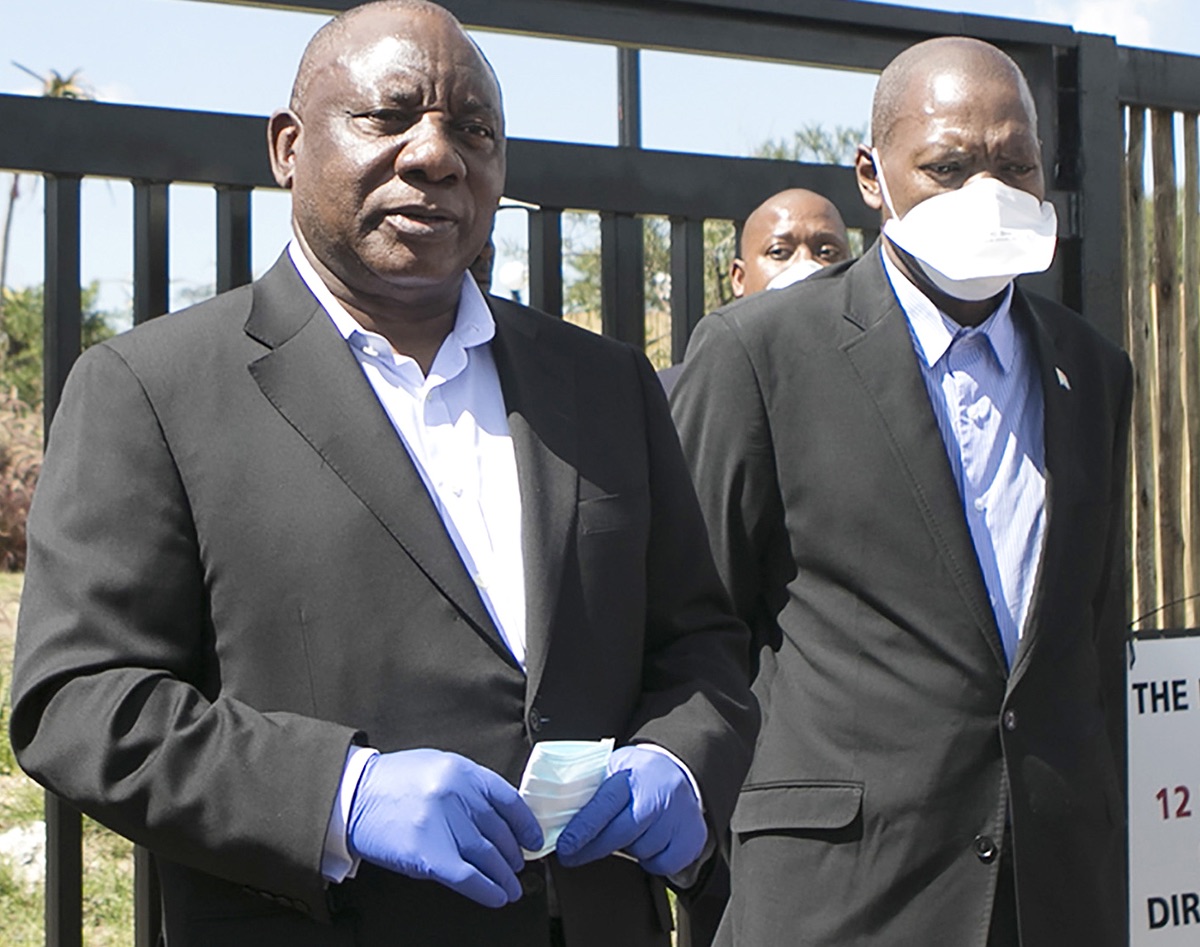 Twenty years ago, when the AIDS pandemic was ravaging South Africa, the country’s president, Thabo Mbeki, criticised the scientific consensus that the human immunodeficiency virus (HIV) caused AIDS. His minister of health, Dr Manto Tshabalala-Msimang, was promoting the use of unproven remedies such as beetroot, garlic and lemon juice. As a result, many South Africans with HIV were denied access to the latest anti-retroviral drugs, and the government’s policies were blamed for the preventable deaths of 350,000 people.

In the past five weeks, since the first case of Covid-19 was diagnosed in South Africa, the country’s current leadership – President Cyril Ramaphosa and his health minister Dr Zweli Mkhize (seen above right, © Mukurukuru Media) – have responded decisively. First, a policy of social distancing was implemented on 15 March, and subsequently a country-wide lockdown was promulgated, lasting three weeks and beginning at midnight on 26 March. During this period everyone, except those providing essential services, had to remain in their homes, only venturing out to purchase food or medicines. 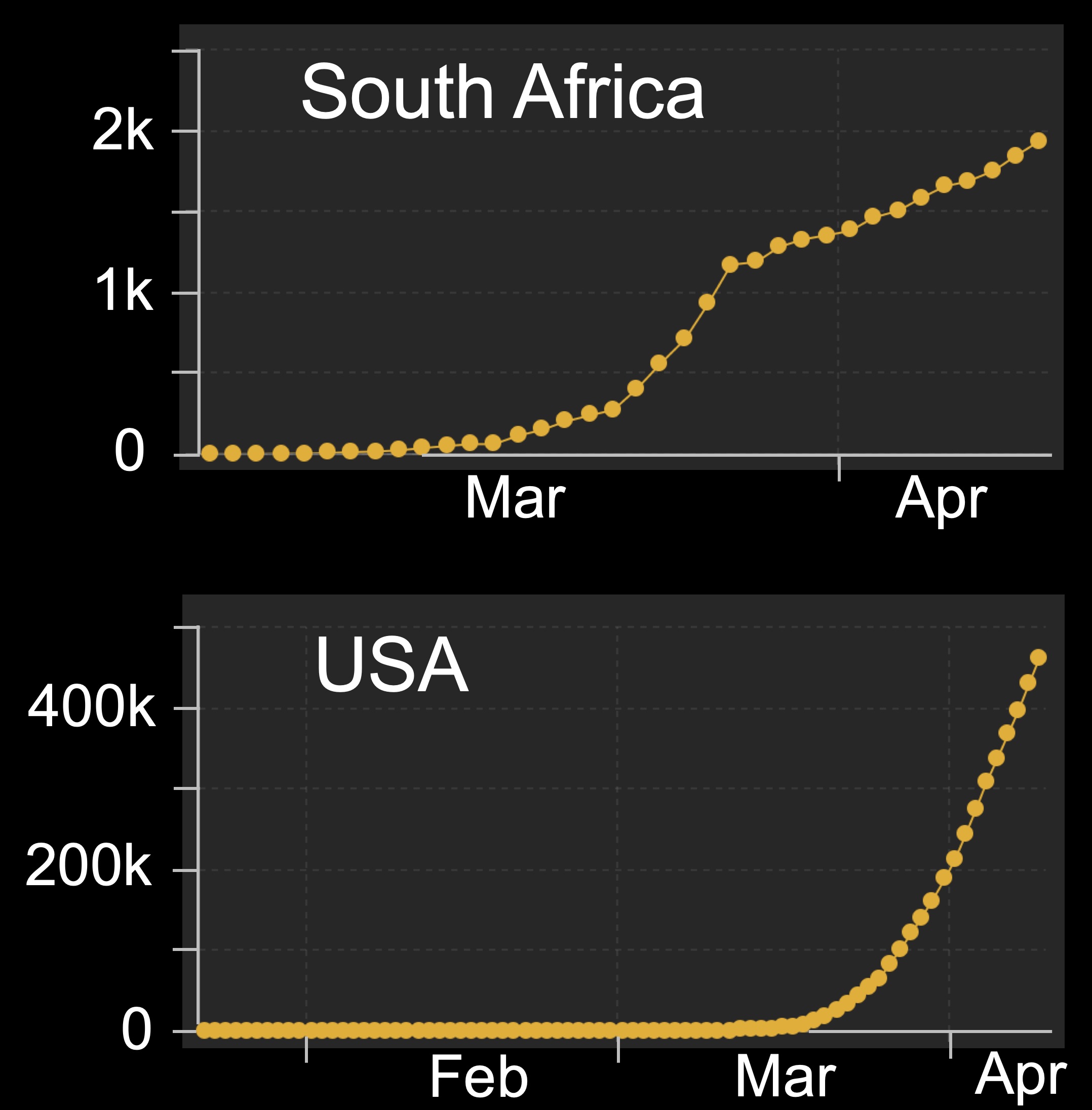 Last night President Ramaphosa addressed the nation on TV and informed us the lockdown would be extended for a further two weeks, to end on 30 April. It seems reasonable to ask, therefore, whether the government’s policy – described by BBC News as “ruthlessly efficient” – has had any effect. The diagram at left is based on data compiled by the Coronavirus Resource Center at Johns Hopkins University and compares the number of infections for South Africa and the USA. The slope of the curve for South Africa begins to flatten out on 27 March, the first day of the lockdown, whereas for the USA it is still moving inexorably upwards.

The cartoon below right (© Brandan Reynolds) appeared in the Sunday Times on 29 March and is a stinging indictment of the approach by other world leaders to the pandemic. Donald Trump not only dismissed the virus as a hoax but said it would disappear like a miracle, while Brazil’s Jair Bolsonaro thought the virus was nothing more than a sniffle. 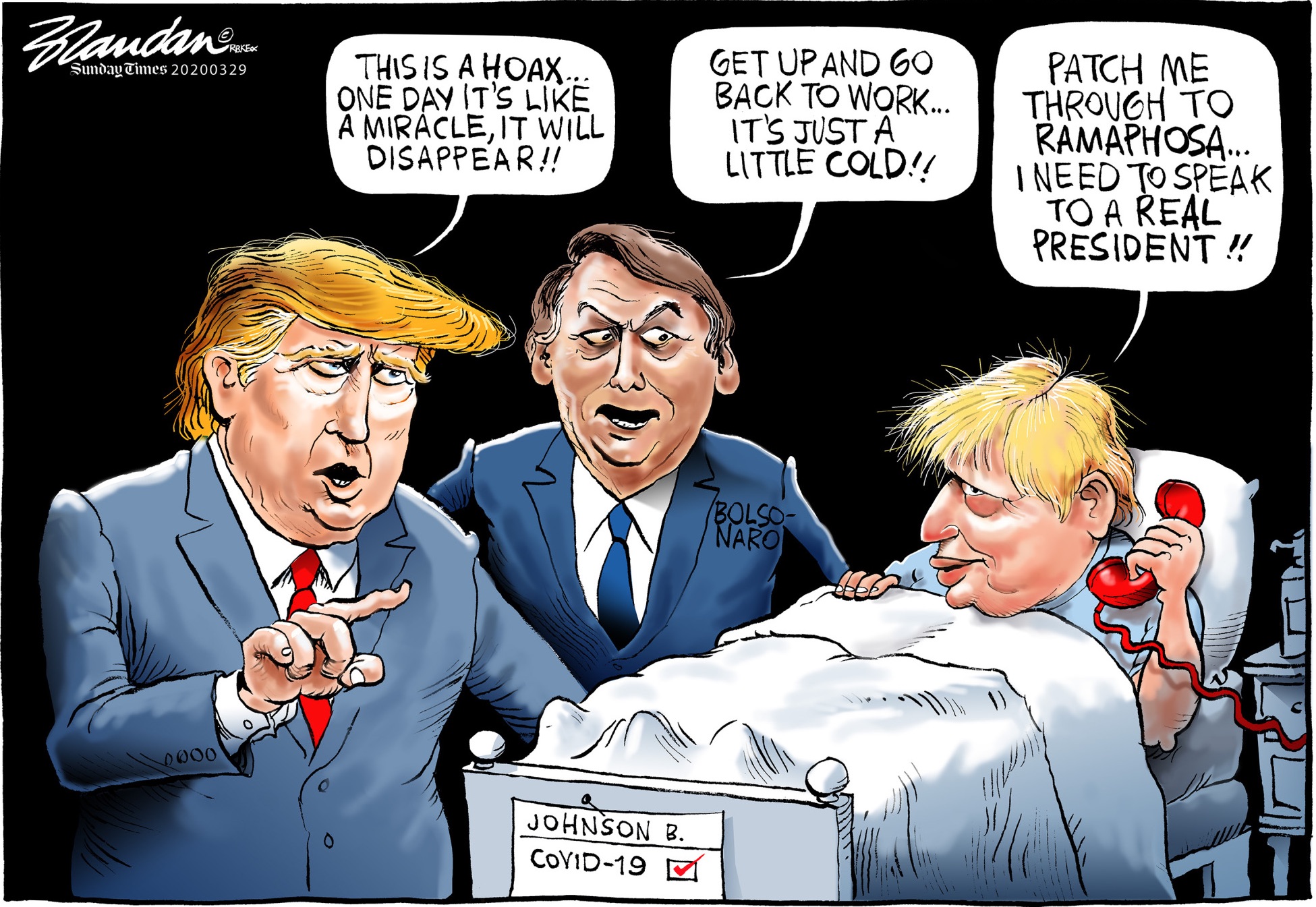 The UK’s prime minister, Boris Johnson, contracted the virus and was subsequently treated in intensive care but fortunately appears to be recovering now. This past Sunday evening, Queen Elizabeth II delivered a stirring address to her nation, belying her age – she turns 94 in two weeks’ time – while in Ireland, Taoiseach Leo Varadkar, who trained as a physician, will join his country’s health service once a week while continuing to lead the government. It seems patently obvious: leadership matters!