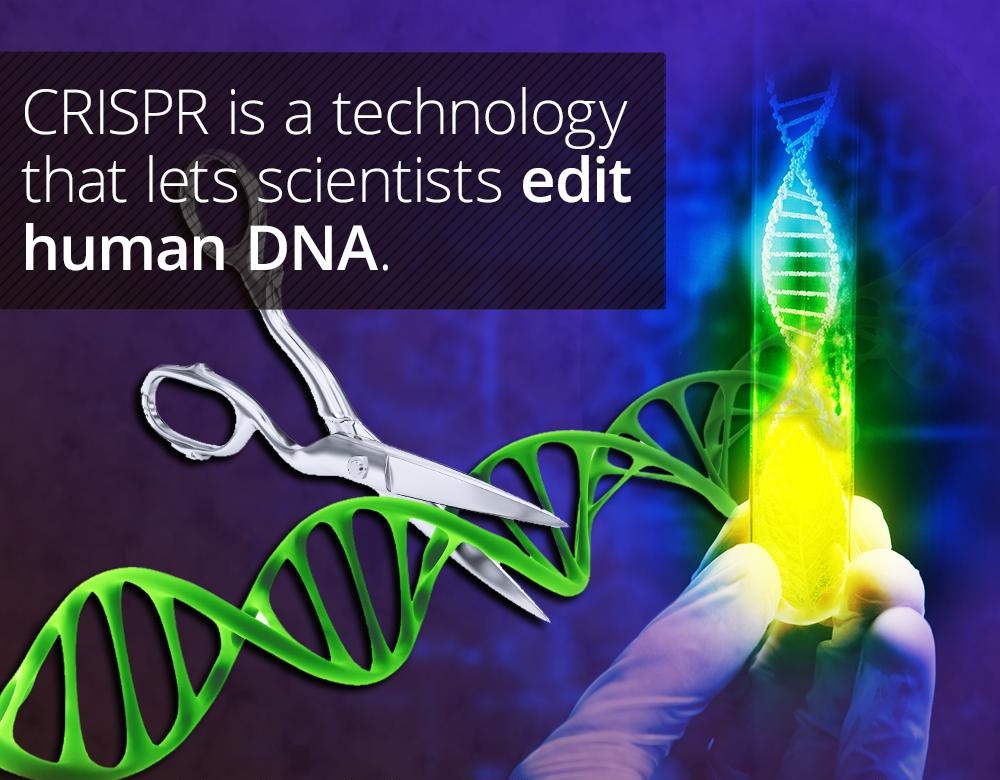 Two years ago, the Nobel Prize in Chemistry was awarded to Emmanuelle Charpentier and Jennifer Doudna for “the development of a method for genome editing.” They were the pioneers of CRISPR, an acronym for “clustered regularly interspaced short palindromic repeats,” that allows scientists to cut, copy and replace sections of DNA. It was predicted at the time that the “genetic scissors” would have a revolutionary impact on the life sciences. A paper published last week in Nature reveals that scientists have taken a crucial leap forward – using CRISPR to treat cancer.

The researchers from California recruited 16 patients who had already received standard treatment for their cancer – including breast, colon, and lung – and whose cancer had returned. As Time reported, “The scientists genetically sequenced each patient’s blood cells and tumours to determine which unique sequences on their cancers to target, using this information to isolate the immune cells from patients’ blood whose T-cell receptors matched the cancer mutations.” Then, by making more copies, they were able to boost this special population of cells that was designed to recognise cancer cells. 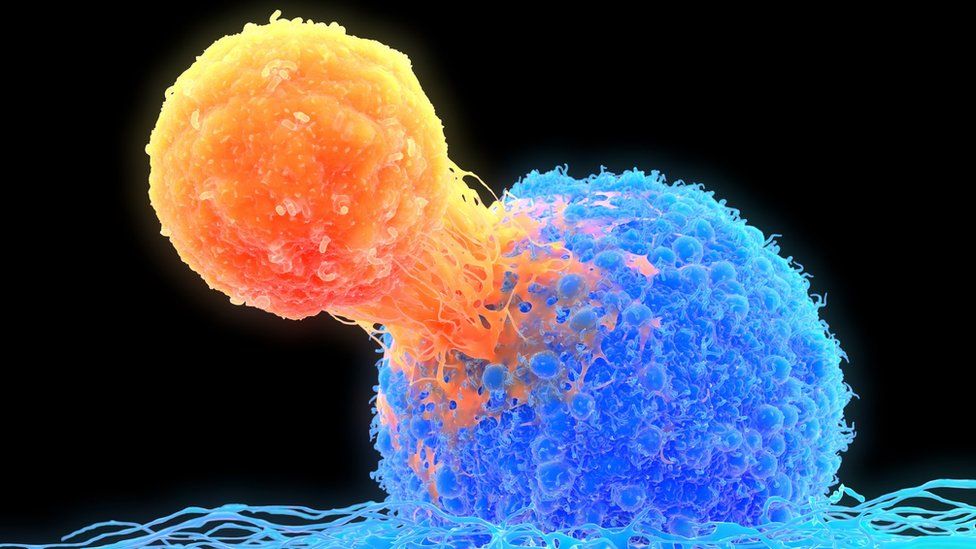 The next step – performed in the laboratory – was to employ CRISPR to remove key genetic sequences for a specific T-cell receptor that normally recognises foreign proteins, and substitute these with a gene that is able to attach itself and then attack the cancer cells. Before the edited cells were injected. Patients underwent chemotherapy to deplete their existing immune cells. Seen above left (© Getty Images) is an image of a T-cell (orange) attacking a cancerous cell (blue).

In this initial clinical trial, the treatment was successful in five of the 16 patients, helping to stabilise their disease so that it did not progress. The other 11 patients did not see any benefit and their disease continued to get worse. Although the CRISPR therapy was not successful in all patients, the scientists are nevertheless confident that their process can be improved and thus benefit more patients. 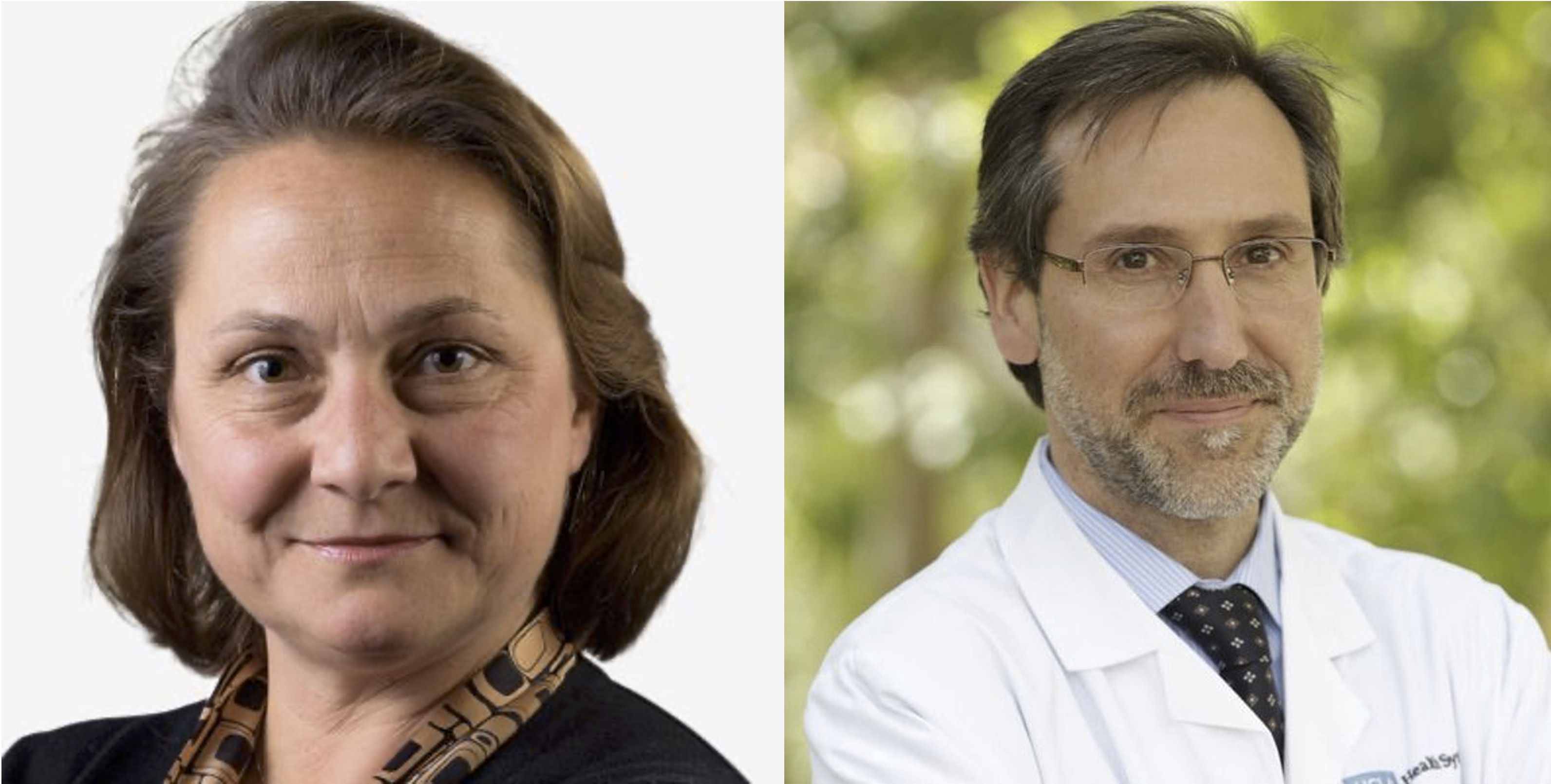 Stefanie Mandl (seen right), senior author and chief scientific officer at PACT Pharma, the company that helped to develop and manufacture the therapy, commented: “We are reprogramming a patient’s immune system to target their own cancer.” Co-author Antoni Ribas (seen right), who conducted the basic laboratory research at the University of California Los Angeles, said: “It’s a living drug, so you can give one dose and ideally have life-long protection from the cancer.” Given the time and labour required – and therefore the significant expense – it will be several years before this breakthrough technology is affordable and available to all cancer patients.