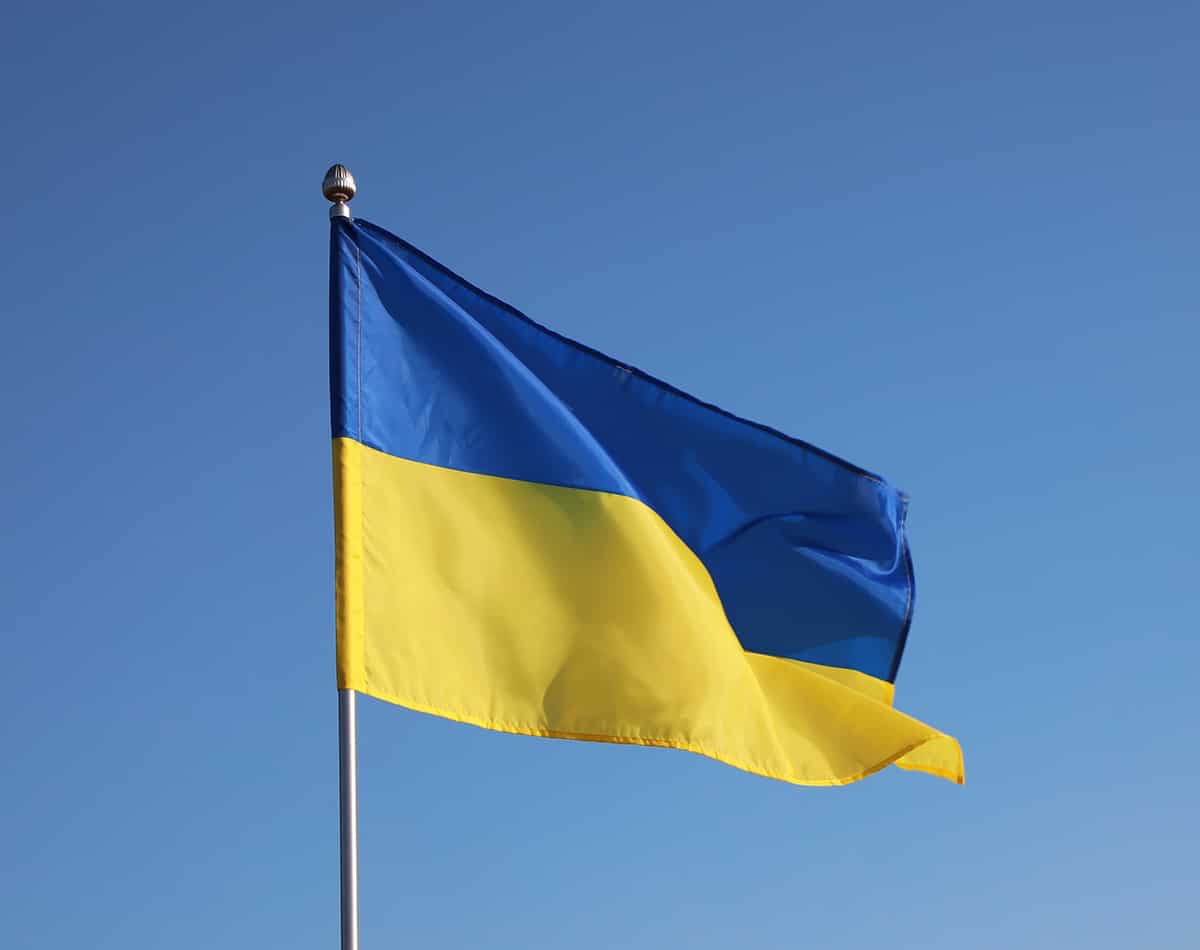 For almost a year now, the world has watched as Ukraine, led by the indomitable Volodymyr Zelenskyy, has fought to repel the aggressive and unprovoked invasion by Russia. When the history of this war is written in the future, there will no doubt be many remarkable stories told, few more heroic than that of a live grenade being removed from a soldier’s chest. On Monday 9 January Hanna Meliar, Ukraine’s deputy minister of defence, uploaded the story – together with two startling images – in a Facebook post.

As seen in the X-ray image below left, the grenade, which was fired from a launcher attached to an assault rifle, was lodged under the soldier’s heart. Having established that the foreign object was live ordnance, the challenge for the medical team was to remove the grenade without it exploding. Given that this VOG grenade has a lethal radius of 6 metres, there was considerable risk for all involved. One false move and the device would have detonated, with substantial loss of life. 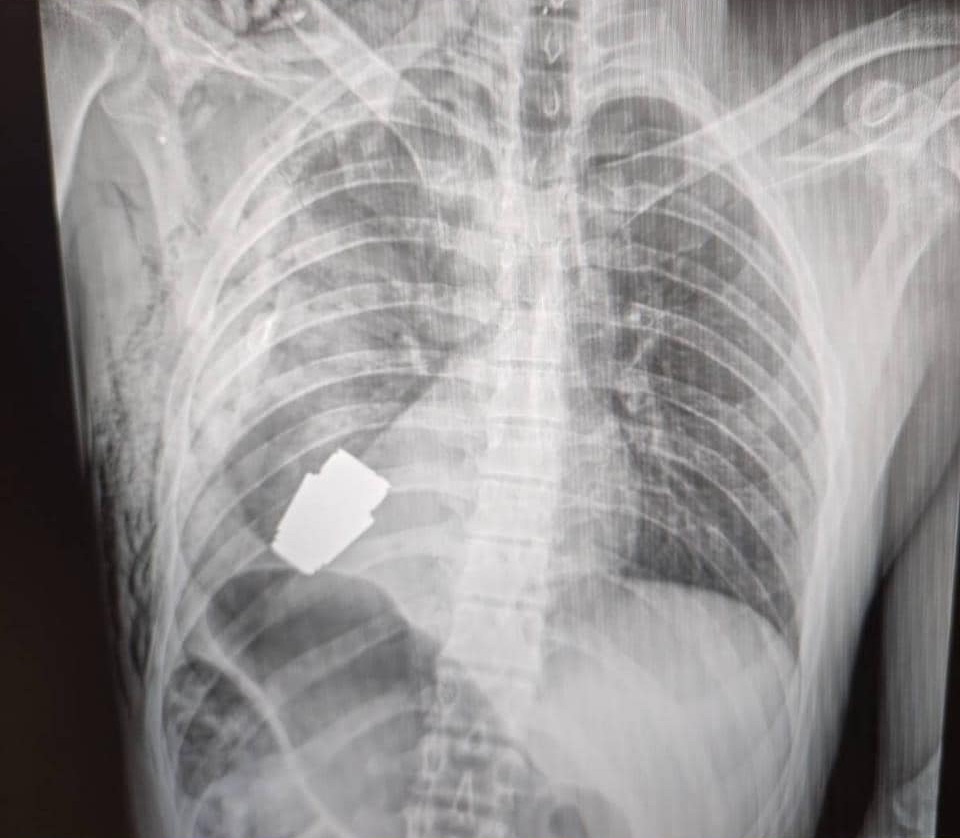 The surgeon was Major General Andrii Verba and he was assisted by two sappers – specialist combat engineers – who were responsible for defusing the grenade. Understandably, there was copious blood in the operating field, but the procedure had to be performed without any electrocoagulation – a common method to control bleeding – because “the grenade could have detonated at any moment,” Meliar wrote. The strategic communication officials for Ukraine’s armed forces announced triumphantly, “Our military doctors performed a successful and incredible operation to remove an unexploded VOG grenade from the body of a serviceman!” They continued, “It was removed in the presence of two sappers who ensured the safety of medical personnel.”

The photograph below right shows the surgeon holding the grenade a few minutes after it had been removed from the soldier’s chest and defused. We can only guess at the bemused, but no doubt relieved, expression behind his surgical mask. 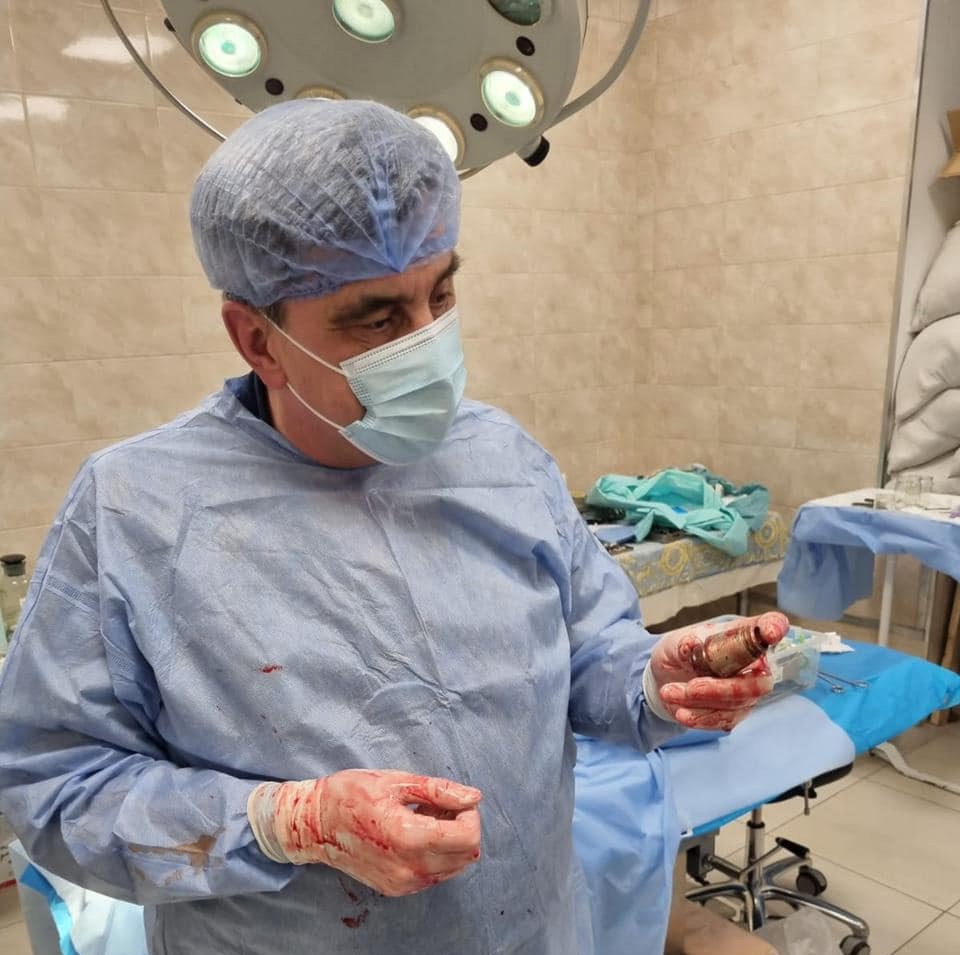 The commander of the Ukrainian medical corps commented, “There have never been such operations in the practice of our doctors. About the current patient, I can say that he was born in 1994; now he [has been] sent for rehabilitation, and his condition is stable. I think this case will go down in [the annals of] medical textbooks.” We can only stand back and admire the bravery and resilience of the Ukrainian people, especially this group who removed a live grenade from a soldier’s chest. Wilhelm Röntgen would be fascinated to know how his discovery of X-rays in 1895 helped to save a patient’s life in the 21st century.