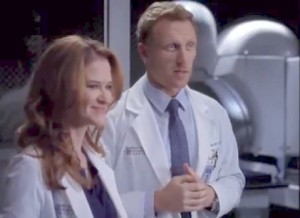 Dr Owen Hunt, Chief of Surgery at the Grey-Sloan Memorial Hospital, leads his clinical team into the trauma unit, turns around and declares, “Now, what you’ve all been waiting for — the Lodox low dose X-ray Statscanner — that provides full body, anterior and lateral views, at low radiation and makes imaging safer for children and pregnant women. It is our most cutting-edge tool in diagnostic technology”. Hunt, played by actor Kevin McKidd, is one of the stars of the ABC television show Grey’s Anatomy and the scene appeared last week in the episode entitled “Idle Hands”.

The appearance of Statscan on the show was a major marketing coup for Lodox. According to CEO, Pieter de Beer, immediately after the show aired Lodox was “receiving approximately 40 hits per minute on its website, ongoing for the past five hours!” At CapeRay we were intrigued to find out how our sister company — we share the same investor, the IDC — was able to achieve such worldwide exposure. 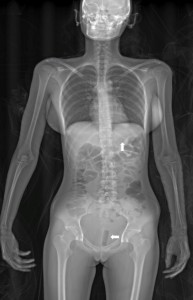 The creators of Grey’s Anatomy pride themselves on producing a show that is based on authentic medical practice. In January their researchers visited the emergency room (ER) at Los Angeles County Hospital where they saw the Statscan in operation. They contacted Marty Kulis of Lodox’s North American office who responded immediately and agreed to loan a machine to the fictitious Grey-Sloan Memorial Hospital for the duration of Season 9. According to Dr Sarah Whiley, product manager at Lodox, “We did not have to pay anything for this opportunity except the costs of getting the machine to set. We also had no input on how the machine was used in the episode, or the script. However, we did provide the full-body images that they show”.

In the episode a member of Dr Hunt’s team volunteers to have her body scanned, telling everyone that when she was six she had stuck a marble up her nose that had never been recovered. The chief surgeon admonishes her, saying the machine is not a toy and should be ready for any emergency. It transpires that in real life the Statscan was recently used in an ER in Bern, Switzerland to identify a foreign object — which turned out to be a razor — that had been ingested by a psychiatrically disturbed patient.

We are delighted at the recognition given to Lodox and wish them every success in bringing their cutting-edge technology to emergency rooms around the world.