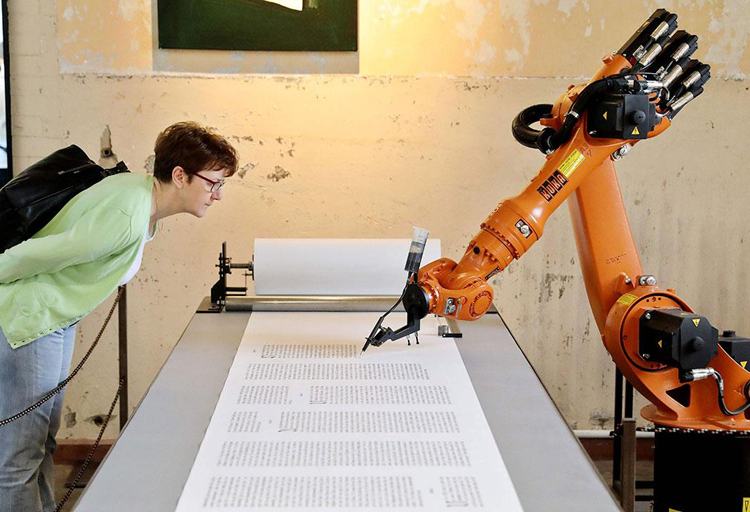 Each Friday morning for the past eleven years I have woken up, climbed out of bed, and had in mind a topic for my weekly blog. I may even have done some background research for the story in the previous days. However, I still must sit down and write the story that encompasses 400 words in five paragraphs. But what if there was a machine (seen right, © Alamy), powered by an artificial intelligence (AI) algorithm, that was able to write the story for me? Well, it turns out there is such a machine and that is the focus of this week’s blog.

Mike Sharples and Rafael Pérez y Pérez, the authors of a recently published book (below left, © Getty) entitled Story Machines: How Computers Have Become Creative Writers, have built a website to promote their book (click here). You can create your own story simply by typing in a title and then an opening sentence. I entered the title “Using AI to create a novel breast imaging device” and the opening sentence, “Artificial intelligence (AI) algorithms now have the power to assist human engineers in the design of novel machines, including a device that combines X-rays and ultrasound to diagnose breast cancer.” Here’s how the machine continued. 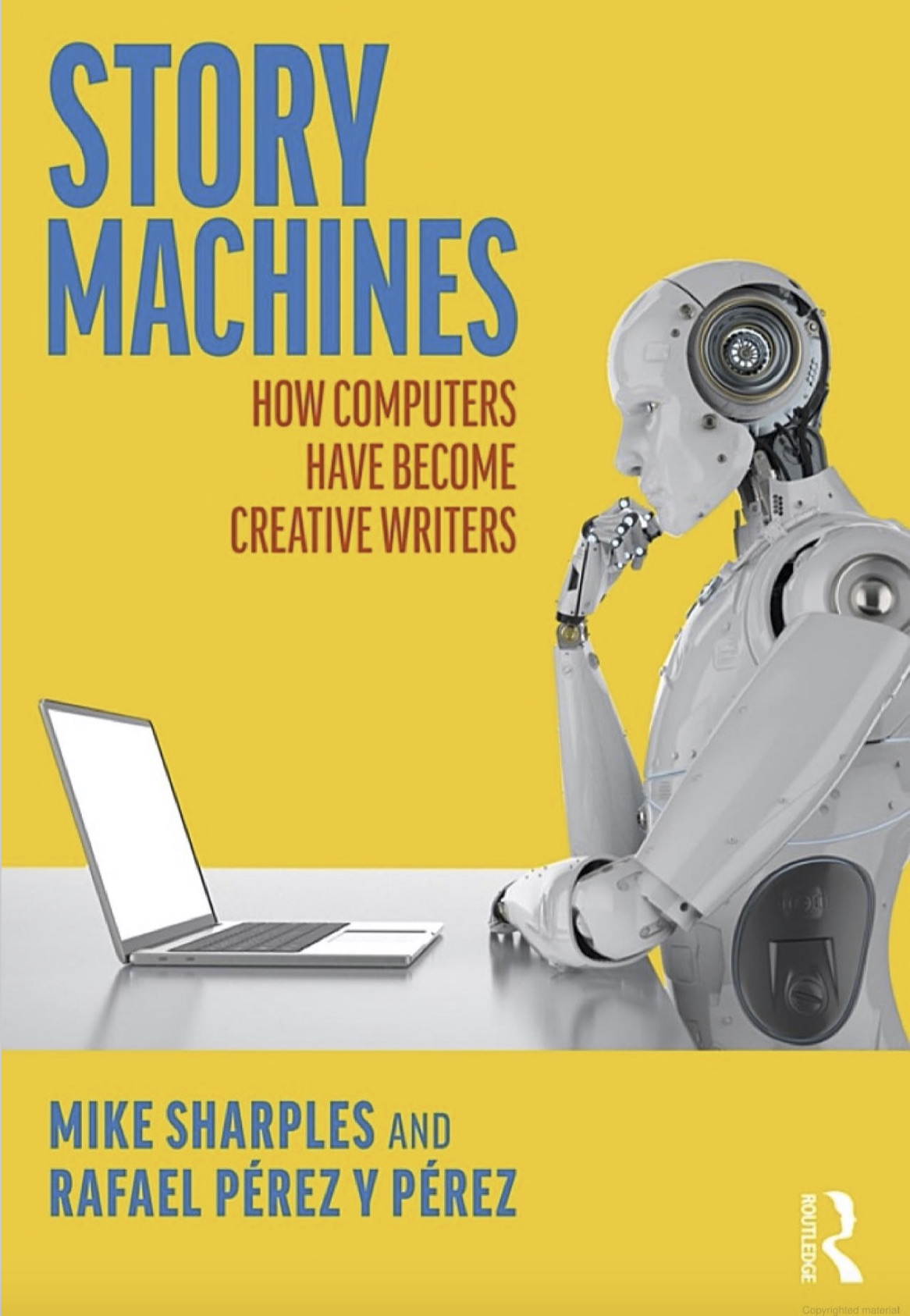 The device, known as the Breast Imaging Device (BID), is a hybrid machine that utilizes both X-rays and ultrasound to create a three-dimensional image of a woman’s breast. The BID was originally designed as a tool to help doctors diagnose breast cancer more accurately. However, the BID’s capabilities go beyond cancer diagnosis. The machine can also be used to create a three-dimensional image of the breast for medical research and cosmetic surgery. The BID was developed by a team of engineers at a research lab in the United States.

The lab is funded by the Department of Defense (DoD) and the National Institutes of Health (NIH). The BID is a complex machine, and it will require a lot of time and effort to perfect it. However, the team of engineers is optimistic about the machine’s potential. “The BID is a very promising tool,” said one of the engineers. “It has the potential to improve the accuracy of breast cancer diagnosis, and it could also be used to create custom breast implants and other medical devices.”

These are two remarkable paragraphs, and what’s equally impressive is that repeating the process generates a completely different story. A book review published in today’s edition of Science comments that for Sharples and Pérez y Pérez the goal is not simply to produce computer-generated stories, but to seek tools that are able to report on themselves, and thereby shed light on human creativity. Now there’s a fascinating challenge!