Researchers from the California Institute of Technology and Washington University in St Louis have just published a paper in Nature Communications in which they described a hybrid imaging method to detect breast cancer. Lihong Wang and colleagues believe their technique, which they have called single-breath-hold photo-acoustic computed tomography (PACT), might some day offer a viable alternative to screening mammography which is based on ionizing X-rays. The authors acknowledge that their approach – which converts optical energy into acoustic energy – is not new, but what is new is their ability to generate high-resolution images with deep penetration.

As seen in the diagram below left (© Nature), the woman lies prone on a bed with her breast protruding through an aperture into a tank of water. Her breast is slightly compressed against the chest wall by a soft pillow and is surrounded by a circular ultrasonic transducer with an array of 512 sensors. A laser illuminates the breast from beneath the woman and the pulse spreads throughout the breast tissue, being absorbed by haemoglobin molecules in the red blood cells and causing the molecules to vibrate. The ultrasonic transducer detects the vibrations circumferentially around the breast. 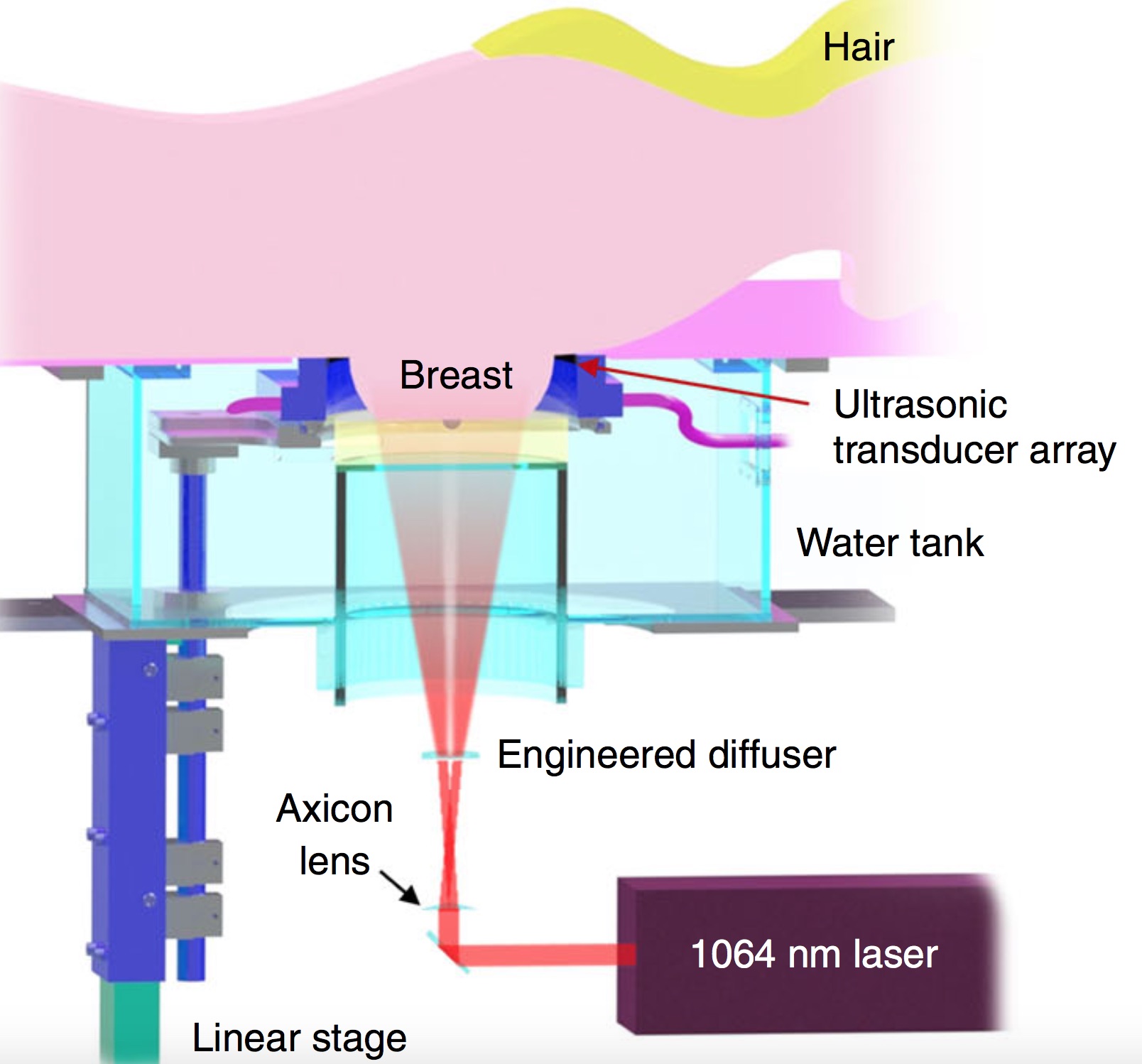 The PACT system can penetrate 4 cm of breast tissue with high spatial resolution of 0.25 mm and good temporal resolution of 10 Hz for 2D acquisition. By scanning the ultrasound transducer vertically, from nipple to chest wall during a single breath hold of 15 seconds, a volumetric image can be acquired and reconstructed using 3D back-projection. Because PACT is able to measure the density of blood vessels – a harbinger of cancer cell proliferation – the system is able to reveal the presence of tumours.

In a limited clinical trial, the researchers studied eight women: a healthy volunteer and seven patients with tumours identified by mammography. The figure below right (© Nature) shows the mammograms together with the depth-encoded angiograms generated by PACT for patient P3, a 35-year-old woman with two invasive ductal carcinomas. For all patients, PACT correctly identified 8 out of 9 tumours based on angiographic data while the 9th tumour was revealed with elastography. Patients had breast sizes from B cup up to DD cup, and skin pigmentation ranging from light to dark. 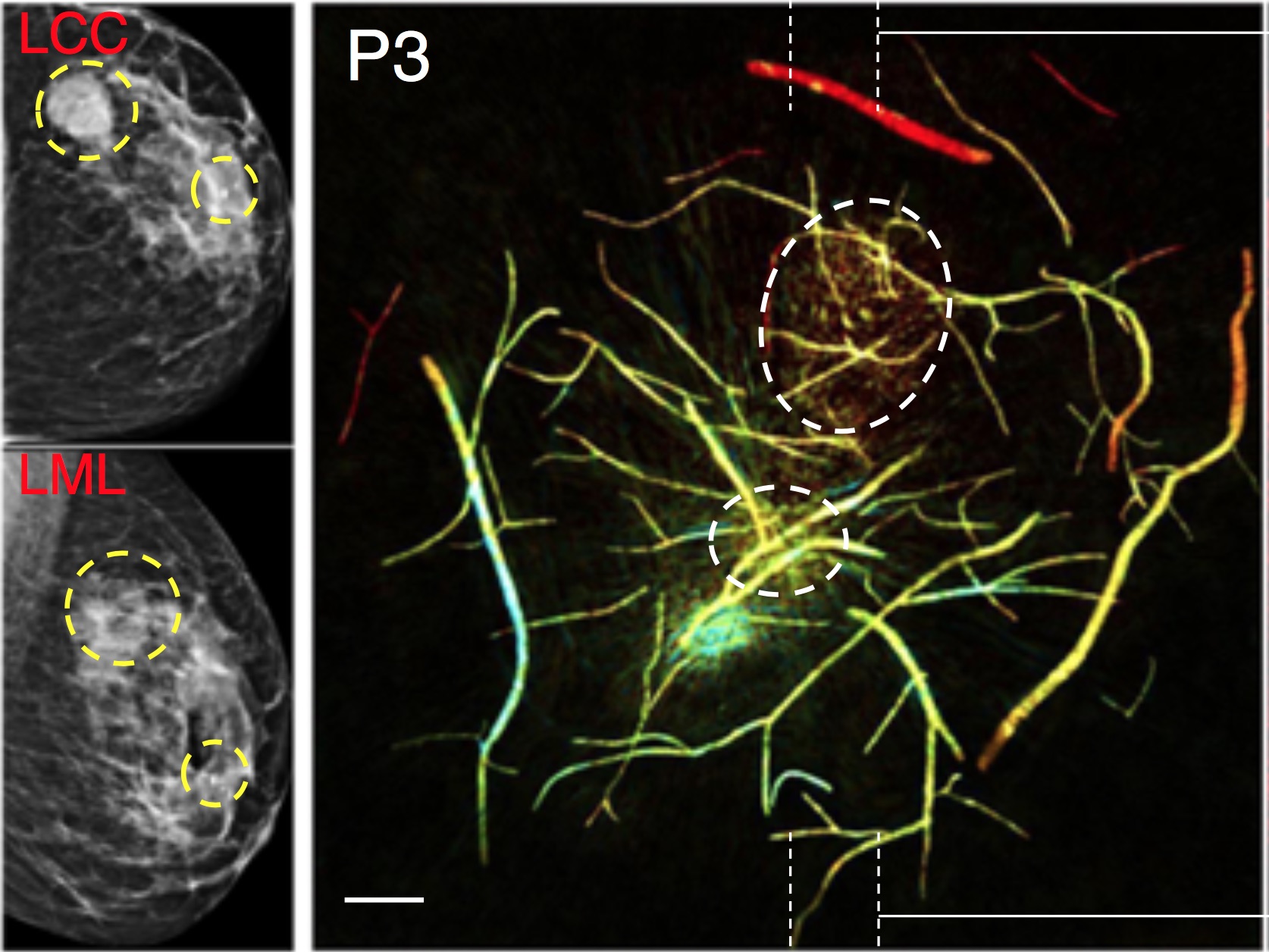 PACT has been licensed by a company that plans to commercialise it. “Our goal is to build a dream machine for breast screening, diagnosis, monitoring and prognosis without any harm to the patient,” enthused Wang. “We want it to be fast, painless, safe and inexpensive. Now that’s something worth striving for!