The Institute of Materials, Minerals and Mining (IOM3) is a major UK-based engineering institution whose activities encompass the complete materials cycle, from extraction through to processing, forming and application. Each year since 2005 the IOM3 has organised the Young Persons’ World Lecture Competition (YPWLC) and in 2014 it was held on the University of California’s Riverside campus. Ten young engineers – from Brazil, England, Hong Kong, Ireland, Malaysia, Singapore, South Africa and three from the USA – came together at the beginning of this week for an all-expenses paid trip to Los Angeles.

Representing South Africa was CapeRay’s Raphael Smith who was recently awarded a master’s degree in biomedical engineering with distinction from the University of Cape Town, and his thesis formed the basis for his YPWLC presentation. Raph earned his place in the world finals by first winning the regional competition among the universities of the Western Cape in May this year, and then the national competition held in Port Elizabeth a month later.

The ten competitors were first exposed to the show business culture of Hollywood and Beverly Hills before travelling to Riverside where they all stayed at the iconic Mission Inn, their base for the week. Highlights included a tour of the Center for Environmental Research & Technology, where the focus was on vehicle automation and renewable energy, followed by a visit to Bourns Incorporated, a multi-billion dollar manufacturer of electromechanical components. Here the CEO, Gordon Bourns, regaled them with stories of how his parents had started the company from the family garage, selling their first product to an aircraft manufacturer. 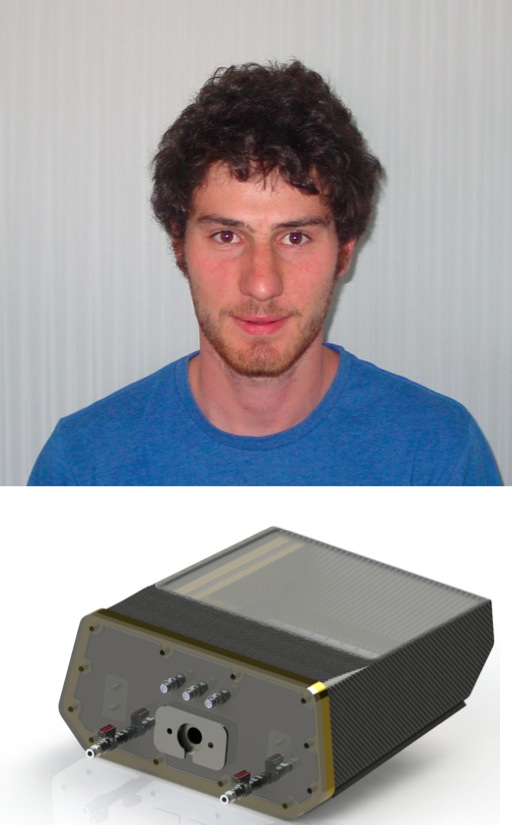 On Tuesday it was down to serious business when all the competitors gave their presentations in front of a camera crew which Raph found a little unnerving. He was nevertheless upbeat: “I’ve put a fair amount of work into my presentation so I’m feeling optimistic, although all the competitors are presenting equally interesting subjects.” Raph’s focus was on TPX, or polymethylpentene, where careful consideration was given to its mechanical and acoustic properties. The other competitors’ topics included glass ceramics, gold nano-islands, graphene, nanoparticles, silica fibres and zirconia.

Yesterday was the big day and South Africa’s Raphael Smith, with a lecture entitled “The design, construction and testing of a hermetically sealed breast platform for dual-modality mammography,” was adjudged the winner, his prize a beautiful MacBook Air. At CapeRay we’re delighted with his success and buoyed by the recognition this award gives to our dual-modality Aceso system. As he stated in his abstract when describing our clinical trials, “These findings have important implications for the future of breast cancer screening.”