Four years ago, we contributed a blog entitled “From land mines to breast cancer” in which we described a system from UK company Micrima that used radio-waves to image the breast. Academic Radiology has just published an open-access paper from a clinical group in Galway, Ireland collaborating with a French company called MVG Industries. Their Wavelia system is based on microwave imaging and uses electromagnetic radiation at frequencies that range between 0.5 and 9.0 GHz to measure dielectric properties in the imaging field.

The system has two benefits over conventional mammography: it uses non-ionising radiation and there is no compression of the breast. The woman lies prone on a bed with her breast hanging under the influence of gravity within the transducer (seen below right, © Association of University Radiologists). A total of 24 patients was recruited for this clinical trial: biopsy-proven breast cancers (11); unaspirated cysts (8); and biopsy-proven benign lesions (5). In addition to the microwave breast images, the researchers also acquired both mammographic and ultrasound images, together with breast density measurements. 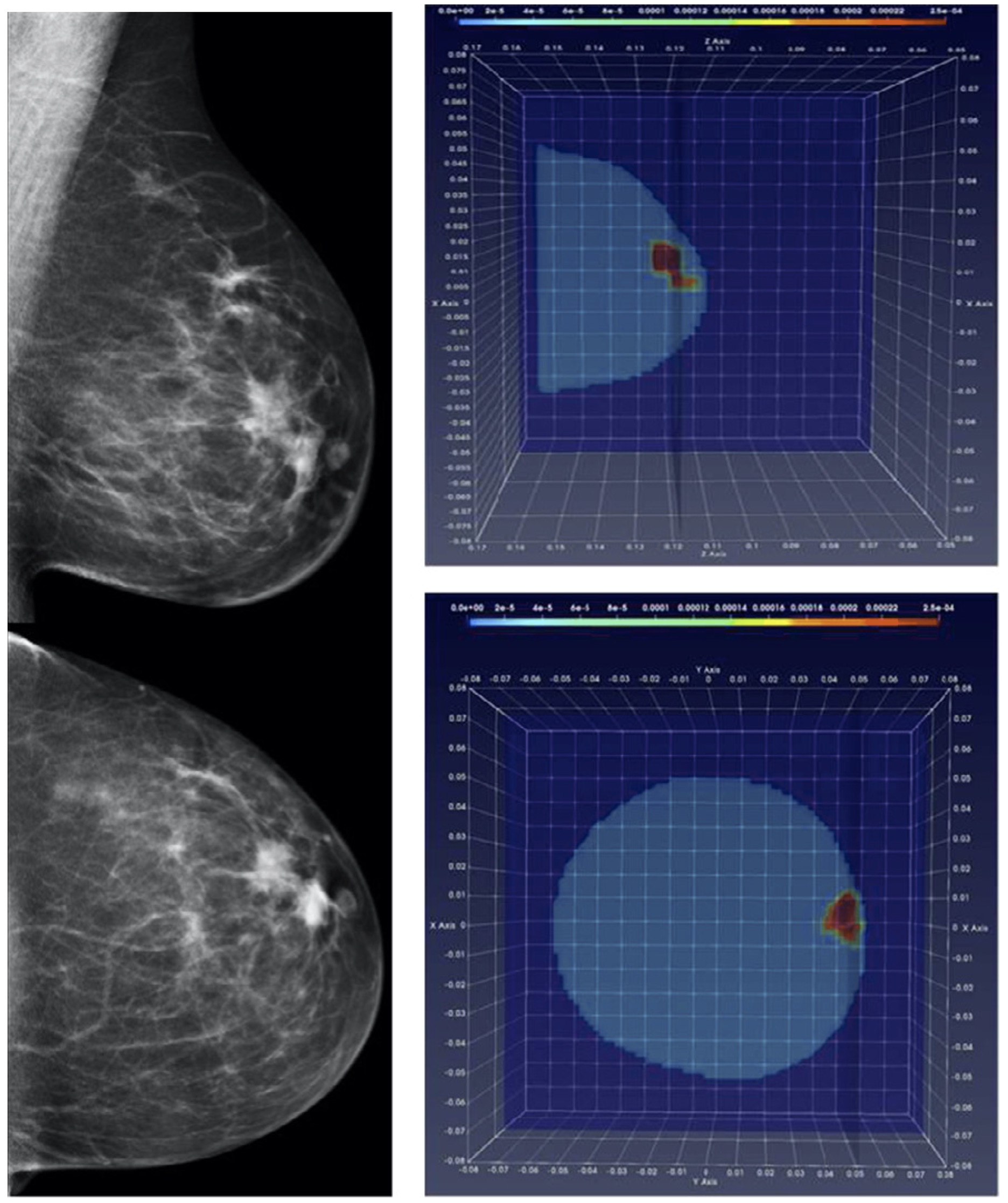 Seen at left (© AUR) is a comparison of a patient’s mammographic and Wavelia images in the mediolateral-oblique and cranio-caudal projections. The patient had an invasive ductal carcinoma that is clearly visible in both sets of images. The Wavelia system successfully detected and localized 12 of 13 benign lesions, and 9 of 11 breast cancers, including one invasive lobular cancer not seen on the mammogram. In addition, 92% of the women reported that they would recommend microwave breast imaging to their friends.

While the authors suggested their system had the potential to be offered as an adjunct to breast cancer diagnosis, they also identified a few significant limitations. First, the system was unable to detect lesions that were smaller than 10 mm in diameter. Second, Wavelia is currently unsuitable for patients with small breasts (A-cup size) because the device requires the breast to have a pendulous reach when the woman is lying prone. 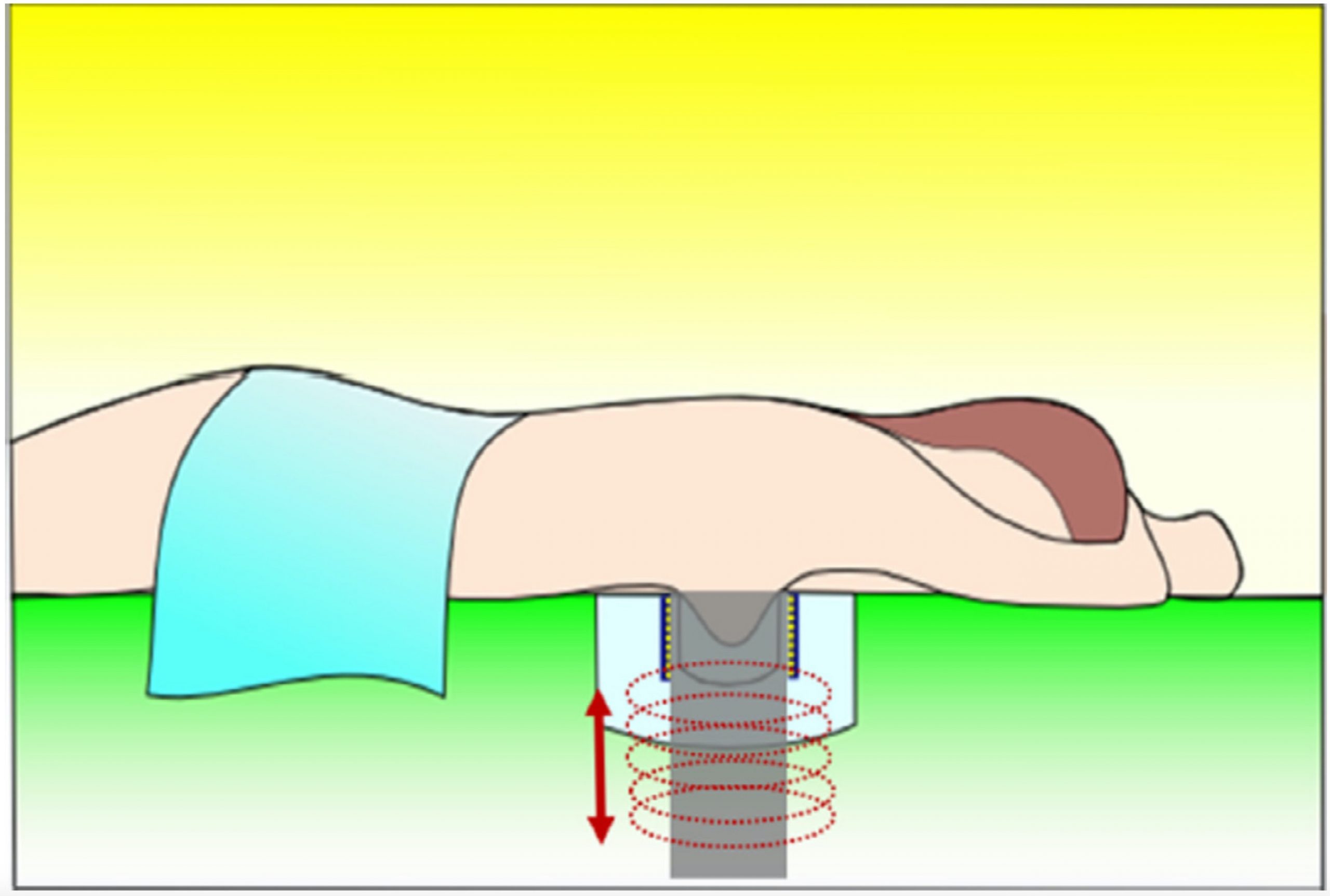 The third limitation of the prototype system is its inability to detect abnormal tissue in the vicinity of the pectoral muscle in the axillary region. This is a problem with all imaging systems where the patient lies prone with her breast protruding through an aperture in the bed. Finally, the examination procedure is lengthy – up to 50 minutes for both breasts – which would preclude Wavelia from being deployed in a busy screening clinic where high patient throughput is essential.