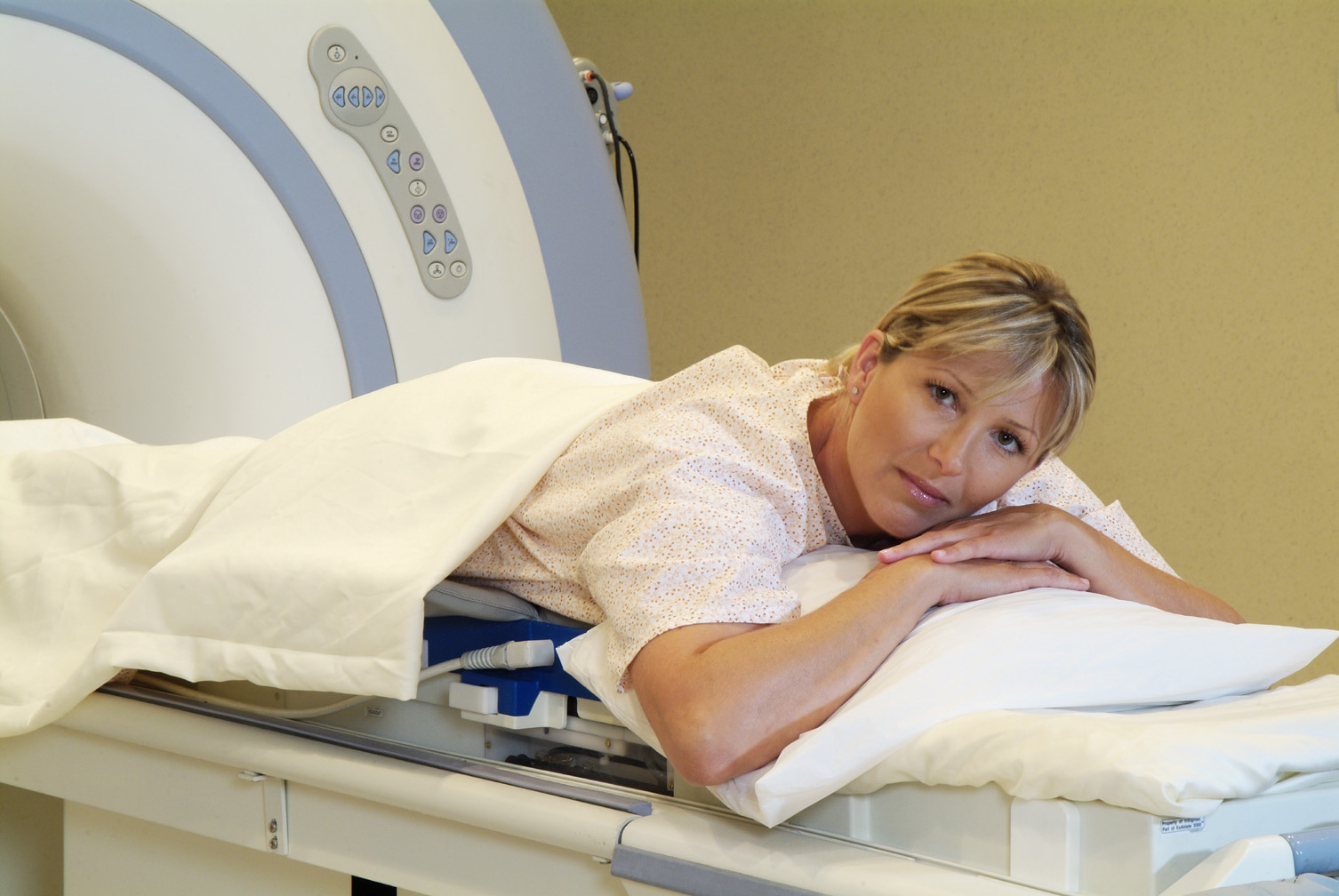 Last year we reported on a surgical system from a company called Theraclion who had secured a CE Mark for the treatment of fibroadenomas — benign breast lesions — using a technology known as high intensity focused ultrasound (HIFU). The EchoPulse robot is ingenious in that it uses ultrasound both to visualize and to treat the lesion. In a recent breakthrough, a group of radiologists from Sapienza University in Rome has reported their preliminary results for treating patients with malignant breast cancer using magnetic resonance-guided focused ultrasound, or MRgFUS. MRI is thus used to image the tumour in real time while the patient undergoes treatment.

The ExAblate system is marketed by its manufacturer InSightec as “the operating room of the future.” In addition to the focused ultrasound device located beneath the patient, there is also a radiofrequency coil that surrounds her breasts before she enters the MRI gantry (see photo above right). Continuous MRI scanning is employed to locate the lesion and then to monitor temperature changes during ablation. According to project leader Dr Alessandro Napoli, “Temperature monitoring is particularly important since too low is ineffective and too high may be dangerous.”

Napoli and his team evaluated the safety and efficacy of MRgFUS in 12 patients with invasive ductal carcinoma, and established that in 10 patients there was no evidence of residual disease when the ablated tumour cells were later surgically removed (see image below left). In the other two patients the ultrasound transducer apparently malfunctioned and the residual tumour still included malignant cells. 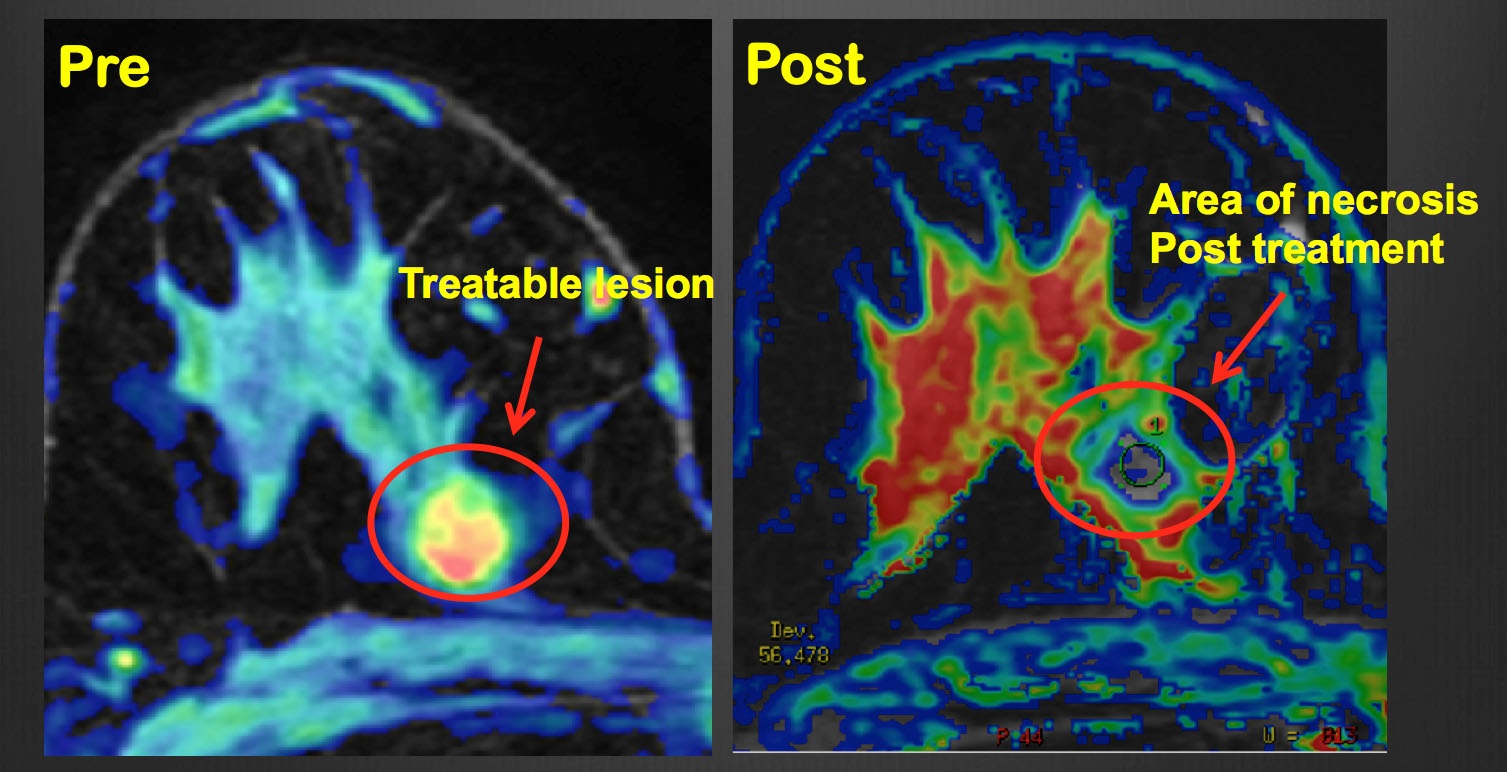 Despite the promise of the technology, there are still several limitations: (1) it can only ablate tumours less than 20mm in size; (2) there should be no more than one lesion in the breast; (3) the tumour must be located less than 10mm from the skin surface and at least 10mm from the nipple; (4) there should be a 2mm margin of healthy tissue around the lesion; and (5) the procedure takes substantially longer than surgery (over two hours vs 20 minutes).

Aside from these problems, there’s also the spectre of a turf battle between the traditional surgeons and interventional radiologists like Napoli who has had difficulty in recruiting patients to extend his clinical trial. He is nevertheless upbeat about the future, saying “Patients like the idea that we can remove their cancer without being cut open. They undergo the procedure in the morning and in the afternoon they can go home.”