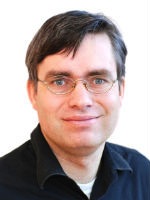 It was just four months ago that we highlighted another salvo in the mammography wars when an article in the British Medical Journal (BMJ) re-ignited the battle between the proponents of mammography and those who believe this screening technique offers little or no benefit. Well, another paper has just appeared in the BMJ entitled “Modern mammography screening and breast cancer mortality: population study” that was authored by three epidemiologists from Norway.

Harald Weedon-Fekjær (see photo right) and his colleagues performed a prospective cohort study of Norwegian women who were followed for almost a quarter of a century, from 1986 to 2009. During that period – between 1995 and 2005 – a national breast screening programme was gradually implemented, with women aged 50 to 69 years sent biennial invitations for mammography screening. Their participants were all Norwegian women who were aged 50–79 between 1986 and 2009. Their main outcome measures were breast cancer mortality rate ratios, comparing women who were invited to screening with those who were not invited. 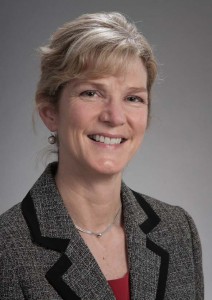 The authors concluded, “In this study, based on more than 15 million person years of observation, we estimated that invitation to mammography screening was associated with a 28% reduced risk of death from breast cancer compared with not being invited to screening, and that 368 women need to be invited to prevent one death from breast cancer.” Not all women accepted the invitation to screening and the researchers showed that attendance was associated with a 37% lower risk.

To provide some balance, the BMJ commissioned an editorial, which was not externally peer reviewed, from Joann Elmore, a professor of medicine at the University of Washington in Seattle (see photo left) who entitled her editorial, “The harms and benefits of modern screening mammography.” A well-known critic of screening, she commented: “The Norwegian study largely confirms what is already known: the benefits of screening mammography are modest at best. While the benefits are small, the harms are real and include overdiagnosis, psychological stress, and exorbitant healthcare costs.”

Not too surprisingly, Elmore’s editorial provoked strongly worded responses from the usual suspects, two outspoken radiologists. László Tabár commented that Elmore did not appear to understand the difference between “screening” (i.e. actually being imaged at the clinic) and “invitation to screening.” Daniel Kopans was annoyed the BMJ had deliberately commissioned an editorial to denigrate a paper that showed the benefits of mammography screening, concluding “Journals need to recognize their ethical responsibility to provide unbiased information.”