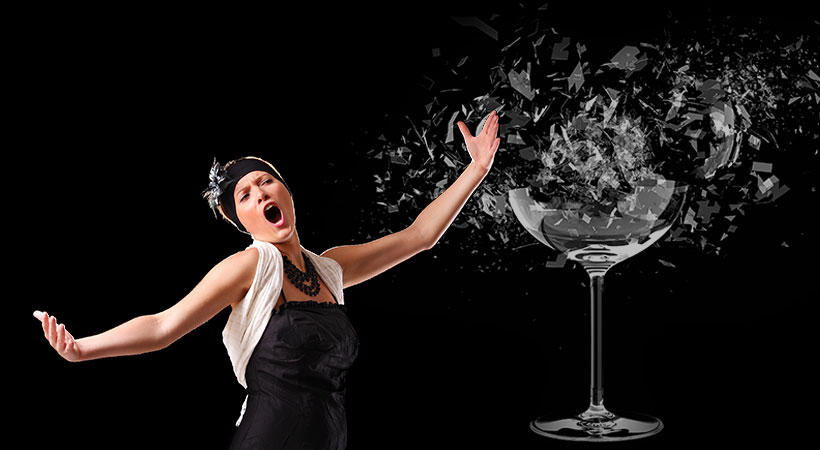 Many of us, as children, probably experimented with a magnifying glass in which the sun’s rays were focused on a piece of paper and, within a matter of seconds, the focal point became exceedingly hot and the paper started to burn. A similar approach is employed in high-intensity focused ultrasound (HIFU), a non-invasive therapeutic modality used clinically for ablating tumours, including breast lesions. Although HIFU breaks down cancer cells and stimulates an immune response, it also destroys healthy tissues in close proximity to the tumour.

Earlier this week, researchers from the California Institute of Technology (CalTech) published a paper in Applied Physics Letters in which they demonstrated an alternative approach – low intensity pulsed ultrasound (LIPUS) – to selectively ablate cancer cells. Their results are the latest advance in an expanding field known as oncotripsy – the singling out and killing of cancer cells based on their physical properties. In the words of one reporter, “Oncotripsy is based on the idea that cells are vulnerable to ultrasound at specific frequencies, much like how a trained opera singer can shatter a wine glass by singing a specific note.” 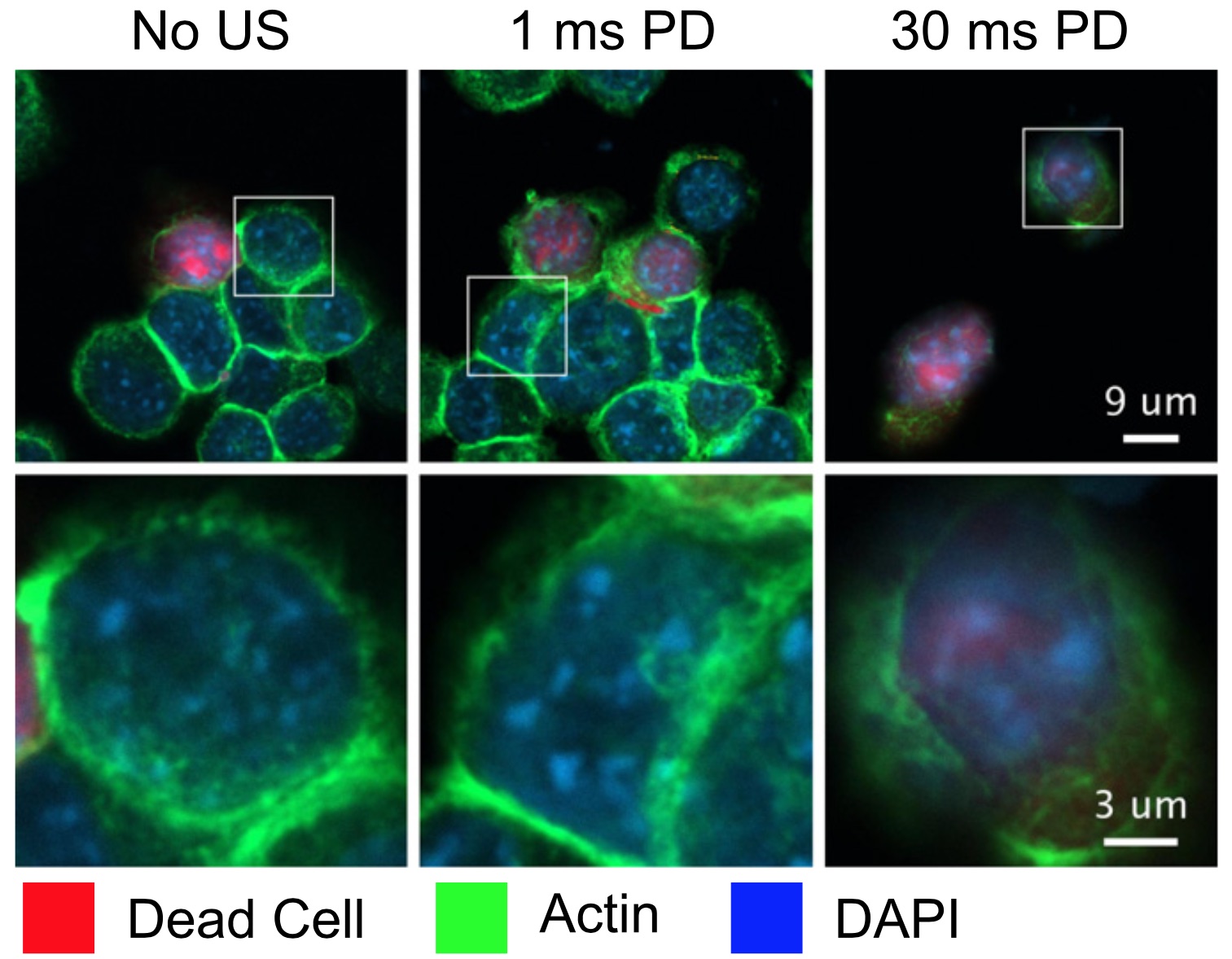 Led by doctoral student David Mittelstein, the team tested the hypothesis that biomechanical differences between cancerous and healthy cells mean that cells will respond differently to LIPUS, leading to the selective ablation of the cancer cells with targeted ultrasound waveforms. The basis for the hypothesis is that cancer cells exhibit altered nuclear morphology, DNA content, cytoskeletal stiffness and viscoelastic properties. The researchers used an experimental technique in which different cancer cells – breast, colon and leukemia – were held in suspension and targeted by LIPUS without damaging healthy immune or red blood cells.

Seen above left (© American Institute of Physics) are fluorescent microscopic images of cancer cells acquired immediately after LIPUS. Note that US = ultrasound, PD = pulse duration, Actin is a cellular protein, while DAPI is a stain that binds to DNA. It is evident that LIPUS based on a PD of 30 ms disrupted the actin ring and significantly decreased the intensity of the actin stain.

In a press release from CalTech, Mittelstein stated, “This project shows that ultrasound can be used to target cancer cells based on their mechanical properties. This is an exciting proof of concept for a new kind of cancer therapy that doesn’t require the cancer to have unique molecular markers or to be located separately from healthy cells to be targeted.” While it is still early days, oncotripsy has certainly demonstrated its potential.