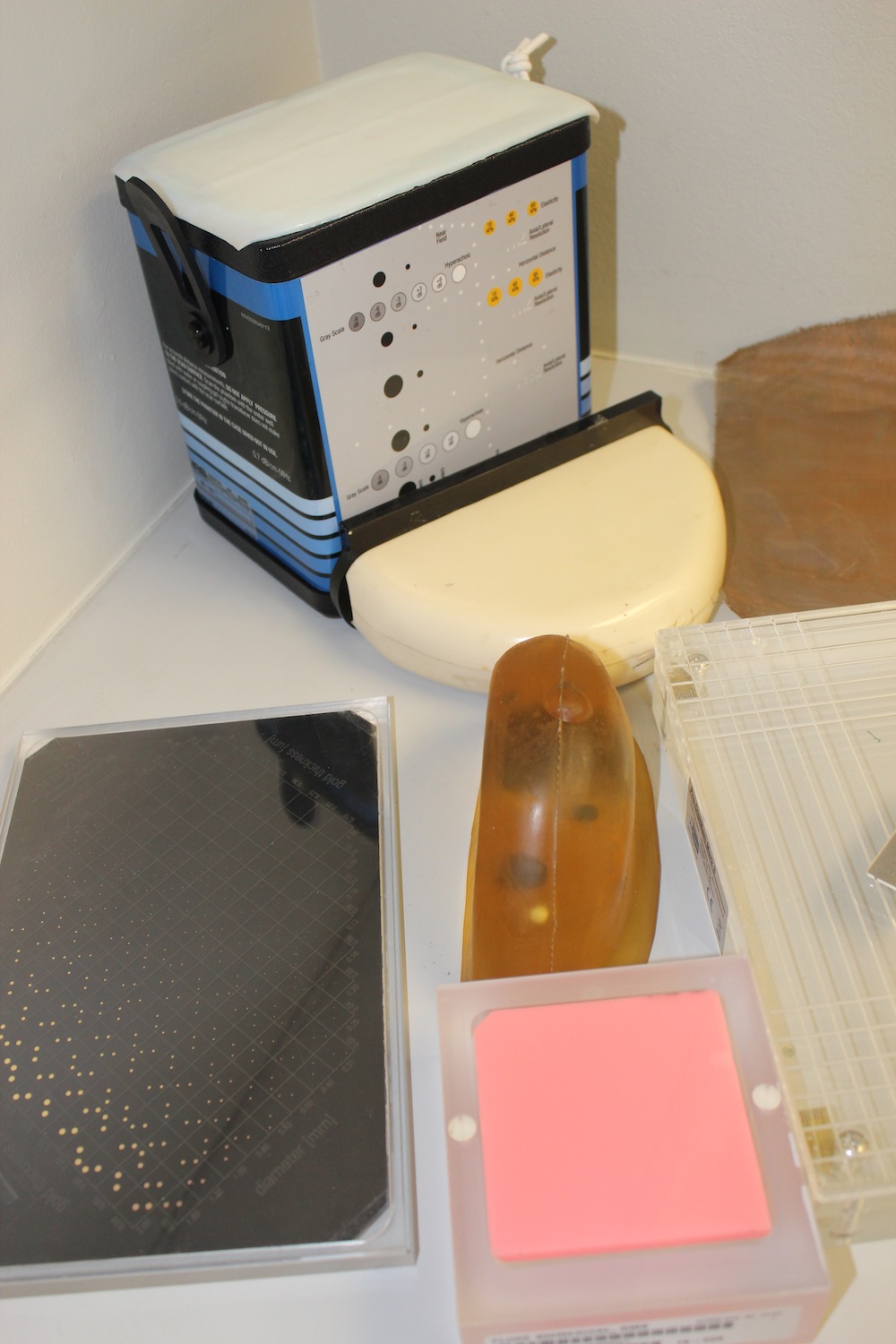 The dictionary defines a phantom as an apparition, an illusion without material substance that only exists in a person’s mind. It is also an “illustration, part of which is given a transparent effect so as to permit representation of details otherwise hidden from view.” If you think about it, that’s exactly what Wilhelm Röntgen accomplished when he acquired that first X-ray image of his wife’s hand back in November 1895. In our field, a phantom is a specially designed object that may be scanned so as to evaluate, analyse and tune the performance of a medical imaging device.

Since a phantom should ideally respond in a manner that is similar to human tissues and organs, the materials from which it is manufactured, as well as the size and structure of the objects embedded in the phantom must be matched to the imaging modality. While some multi-modality phantoms exist, most are designed for a single modality, such as X-rays, ultrasound, magnetic resonance imaging or positron emission tomography (see examples at right). 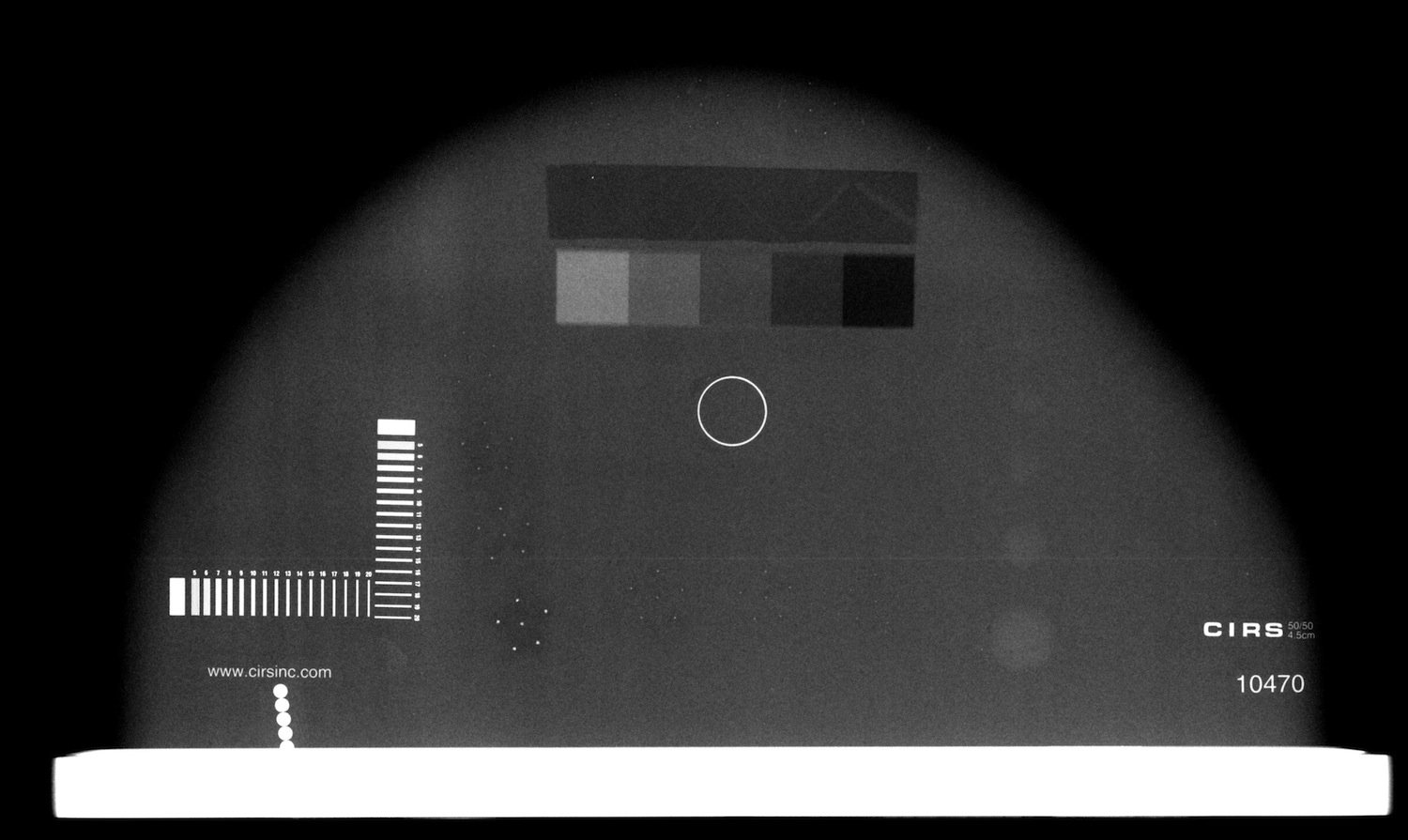 At CapeRay we have used a variety of phantoms in the development of our dual-modality Aceso system. These have included the CDMAM phantom from Artinis in the Netherlands, in which are embedded gold discs of varying diameters and thicknesses that enable the comparison of full-field digital mammography (FFDM) systems. Another FFDM phantom we use is Model 010 from CIRS in New Jersey, USA that includes a line-pair tool, small specks that mimic micro-calcifications, a circular metal ring and squares of different densities (see X-ray at left). For fine tuning Aceso’s automated breast ultrasound (ABUS) modality, we have used Model 040GSE from CIRS. 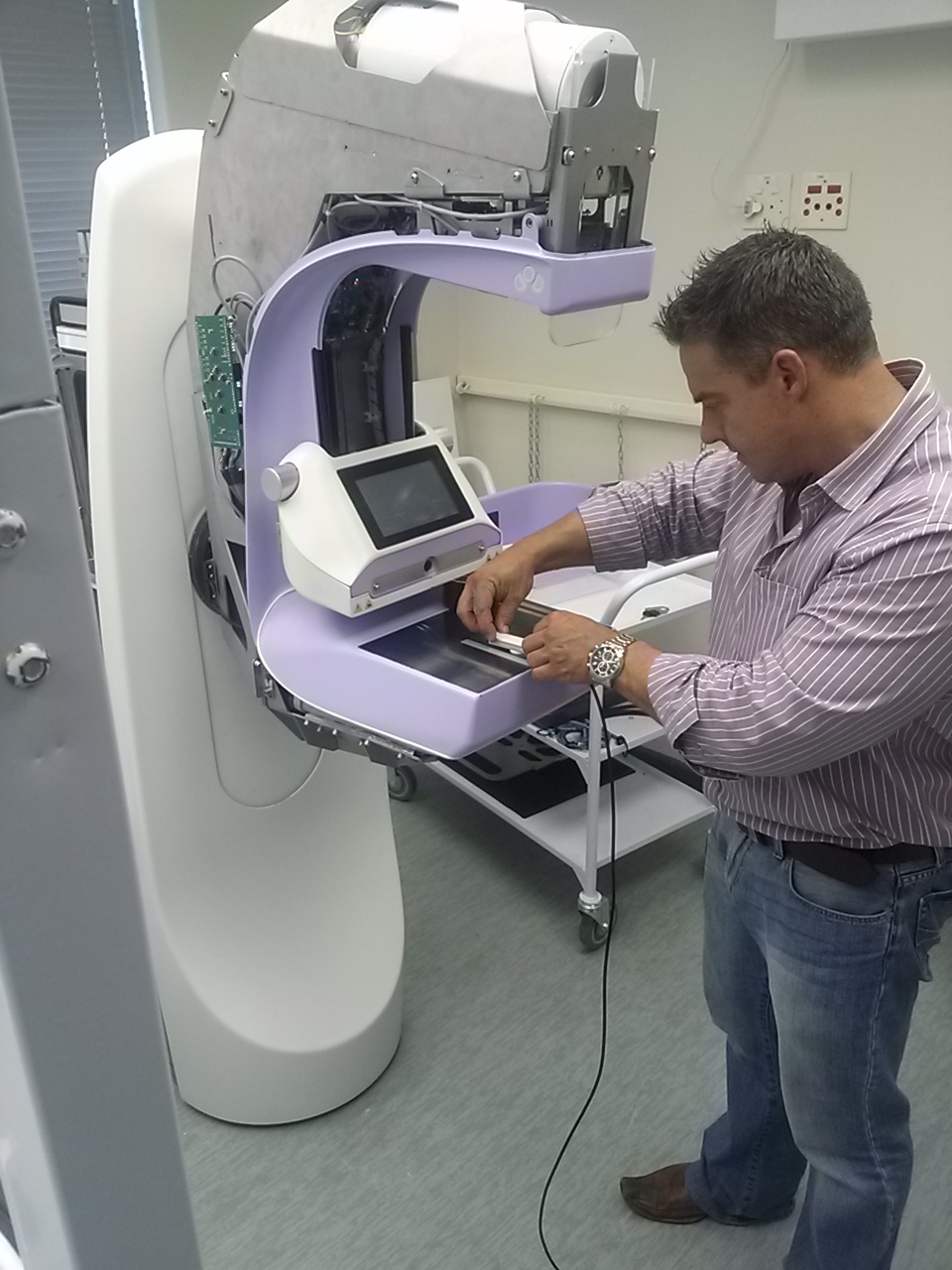 The Radiation Control division of the South African Department of Health requires us to have our FFDM system tested for image quality and radiation dose by an independent quality assurance company. Yesterday marked a key milestone in the development of Aceso, with Pierre Gouws of RadQA putting our FFDM system through its paces with his own phantoms (see photo right). There was even a surprise visit by two representatives from Radiation Control. Pierre was extremely impressed with Aceso’s performance and has recommended that the Department of Health issue CapeRay with a licence that will enable our clinical trial to commence next week.

The inspiration for today’s title is taken from this poem by William Wordsworth:

She was a phantom of delight
When first she gleamed upon my sight;
A lovely apparition, sent
To be a moment’s ornament.