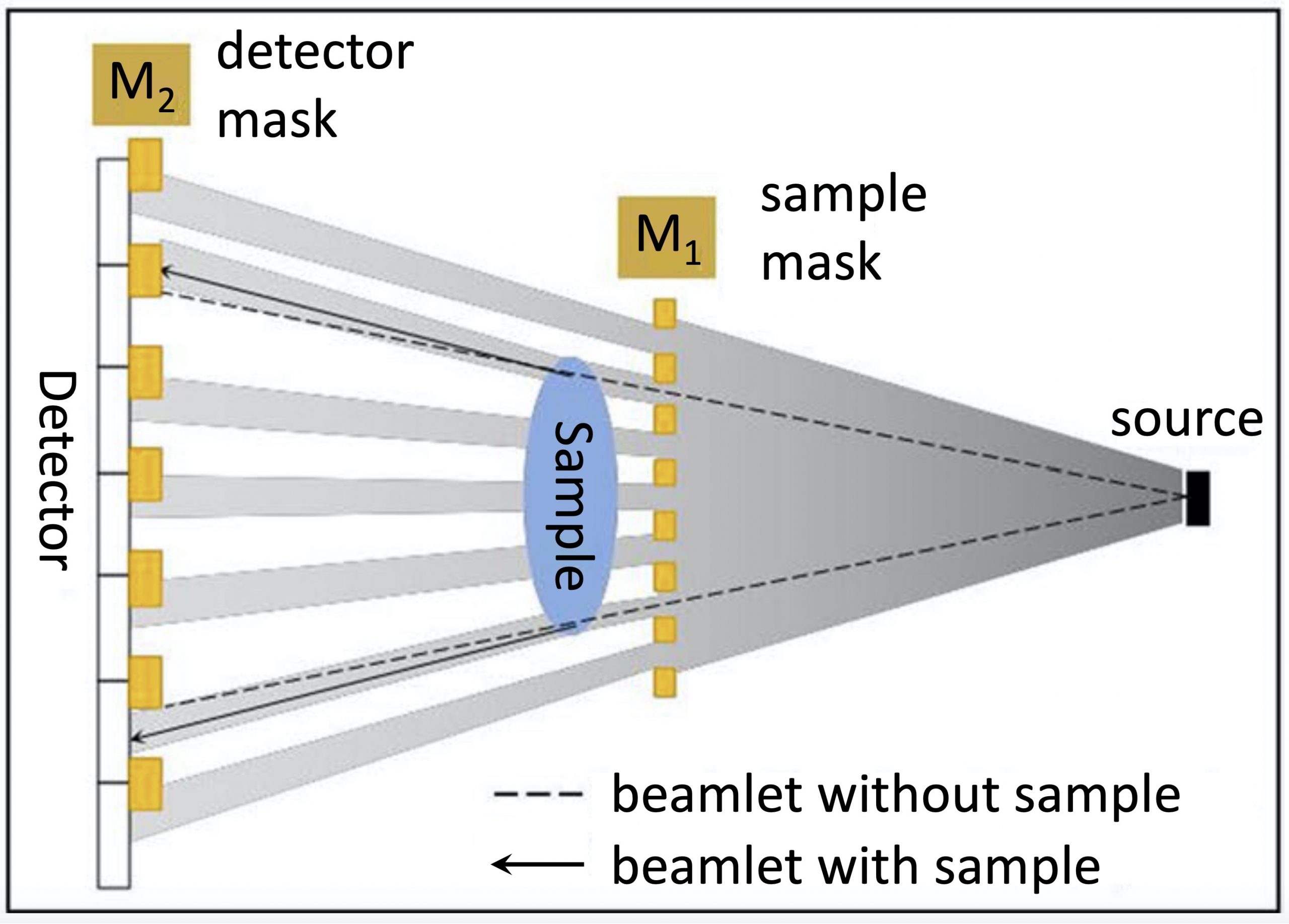 One of the challenges facing a surgeon when excising a malignant tumour from a patient’s breast is whether the entire lesion has been removed. This is normally determined through histopathological analysis of the tissue margins of the excision, with results only available a few days after surgery. Re-operation – causing patient stress, poor cosmetic outcome, and increased cost – can occur in up to 41% of cases. It is obvious, therefore, that a need exists for determining during surgery whether all cancerous tissue has been removed.

The current practice is to employ planar X-ray radiography from a company like Faxitron to examine the excised tissue intra-operatively. However, this technique has known limitations in detecting subtle variations in soft tissue, especially for ductal carcinoma in situ (DCIS). This shortcoming can potentially be overcome by X-ray phase-contrast imaging (XPCI) which has been shown to detect breast tumours. XPCI takes advantage of the changes in speed of X-rays when they travel through different tissues, which is greater than the variations in X-ray attenuation. Seen above right (© Nature) is a schematic that illustrates how the system works. 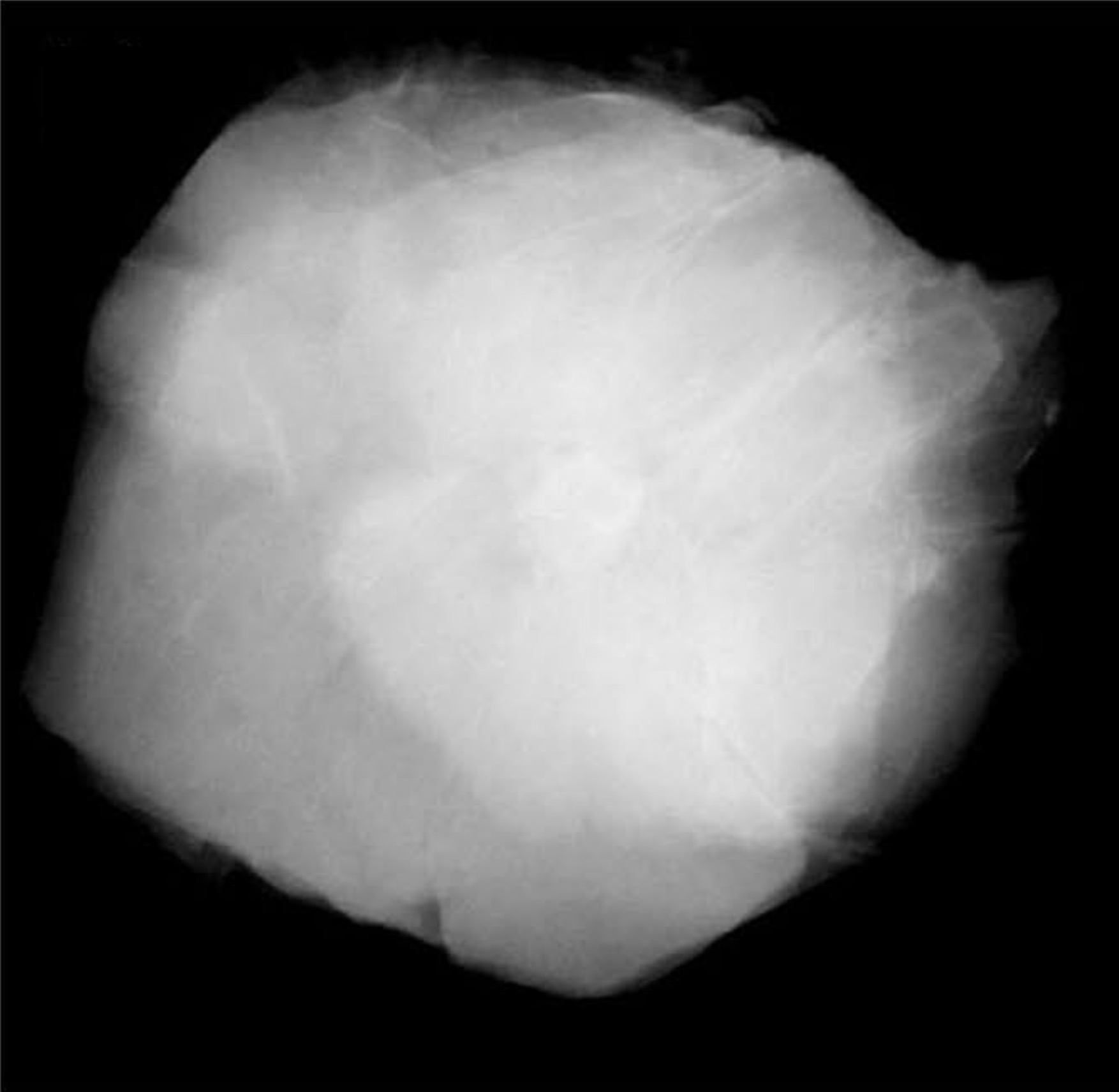 A research group at University College London (UCL), with an established track record in XPCI, has just published a paper in the open access journal Scientific Reports entitled “Detection of involved margins in breast specimens with X-ray phase-contrast computed tomography.” With their prototype XPCI-CT system, they scanned 101 specimens that were obtained from a tissue bank, and also used conventional planar X-ray system to acquire images of the specimens. The image at left (© Nature) is an example of conventional specimen radiography.

The gold standard used for comparison was histopathology and seen below right (© Nature) is the same specimen imaged with XPCI-CT and histology. The similarity between the two images is quite remarkable, and both are clearly superior to the conventional X-ray seen above left. In fact, XPCI-CT showed higher sensitivity compared to conventional specimen imaging (83% vs 32%) and comparable specificity (83% vs 86%). Importantly, phase-contrast images could be generated within minutes, thus facilitating application of the system during surgery.

Given the obvious success of phase-contrast imaging Professor Sandro Olivo, who is leader of the UCL group, commented: “Translating the technology to in vivo mammography has always been my dream, especially since my former colleagues have completed the work we had started together several years before, and shown phase contrast would be useful in breast imaging. In short, I think it would indeed be feasible, but haven’t yet met an industrialist brave enough to give it a go!”