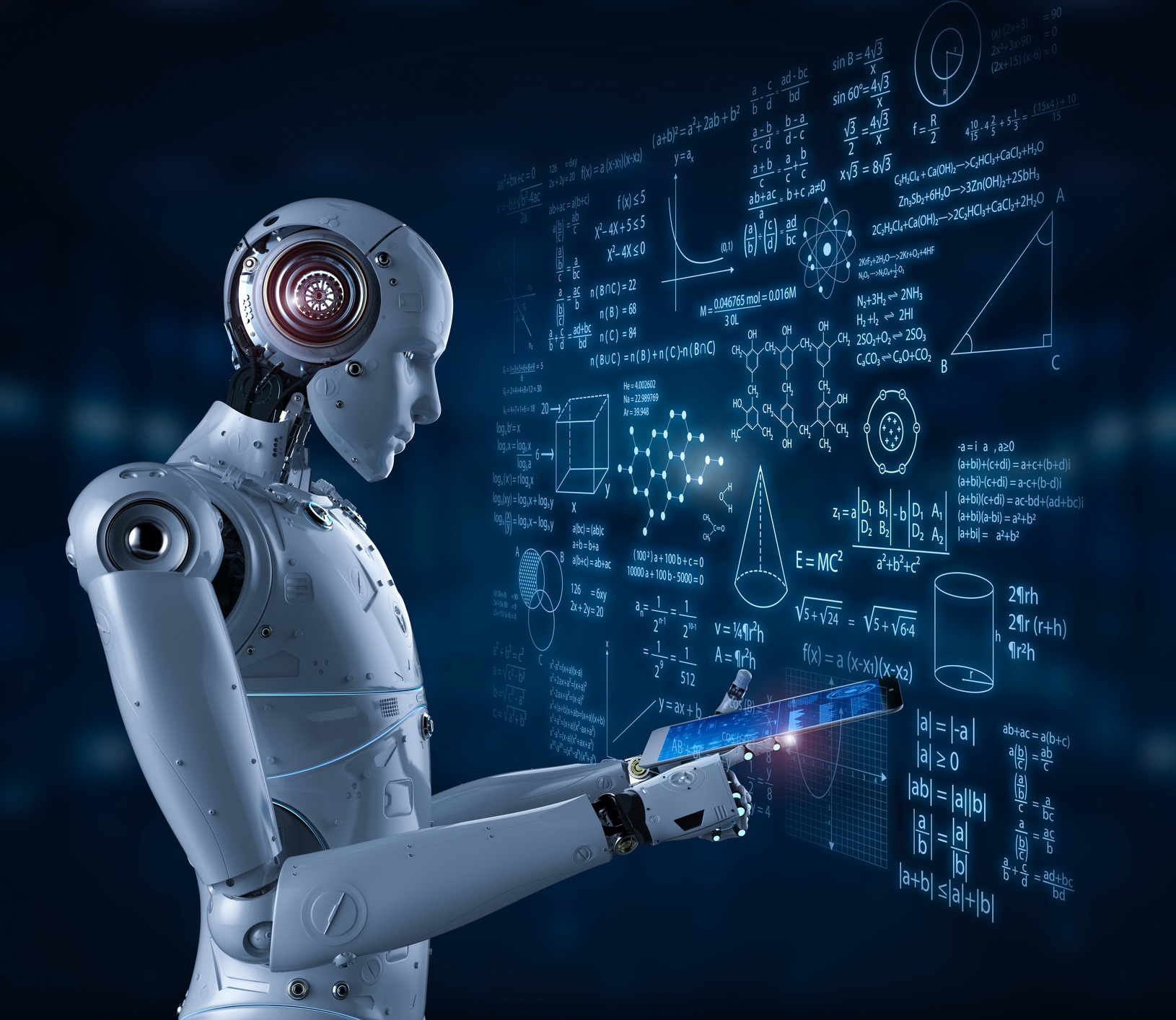 On 1 January 2020, Nature published a multi-author paper that demonstrated the potential of artificial intelligence (AI) to detect breast cancer. Scientists from Google Health and DeepMind in the USA collaborated with clinicians from the UK based in London, Guildford and Cambridge to develop an AI model that was trained to identify cancer in screening mammograms.

This was a large dataset – 25,856 women from the UK and 3,097 from the USA – and, when comparing the AI model’s performance with radiologists, the model reduced the screening errors: a decrease of 5.7% and 1.2% (USA and UK, respectively) in false positives, and a reduction of 9.4% and 2.7% in false negatives. Interestingly, the authors also provided evidence of their model’s ability to generalise from the UK to the USA. Furthermore, they conducted an independent study of six radiologists who were experienced in reading mammograms and their AI model outperformed all of the human readers. 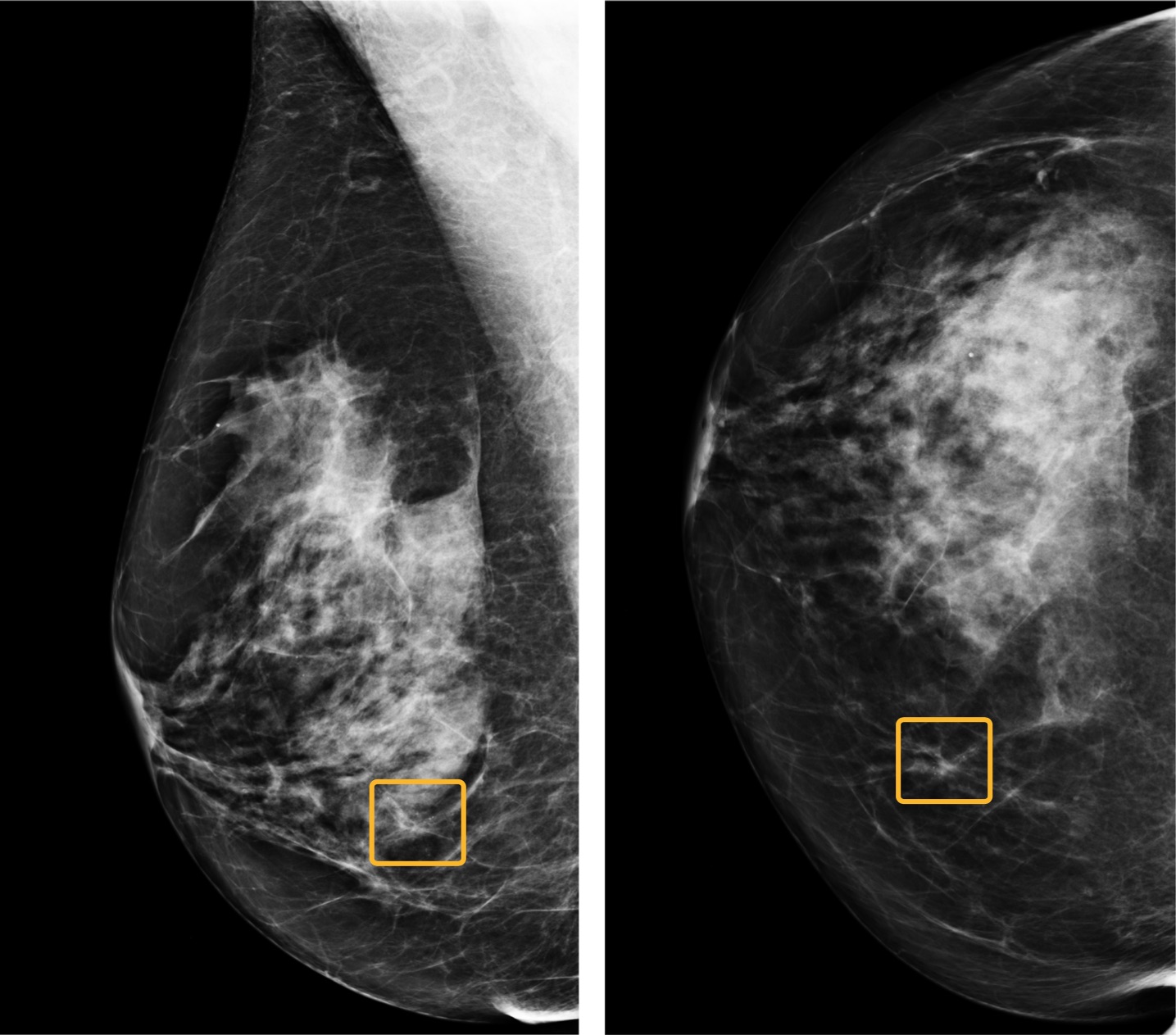 While the AI model exhibited sensitivity and specificity values that were superior to practising radiologists, there were some puzzling discrepancies. Seen at left (© Nature) is a sample case where the cancer was correctly identified by the AI model but missed by all six readers. The malignancy, which is highlighted in yellow, was a small, irregular mass with associated micro-calcifications. Seen below right (© Nature) is a case in which the cancer – which is a dense mass – was identified by all six readers but missed by the AI model.

One of the co-authors, Ara Darzi of Imperial College in London, thought the results were particularly encouraging and remarked: “While these findings are not directly from the clinic, they offer clear insights into how this valuable technology could be used in real life. The potential for improving healthcare and helping patients is enormous.” Tiernan Ray, however, found it troubling that the authors were unable to explain why their AI model failed to identify some tumours. 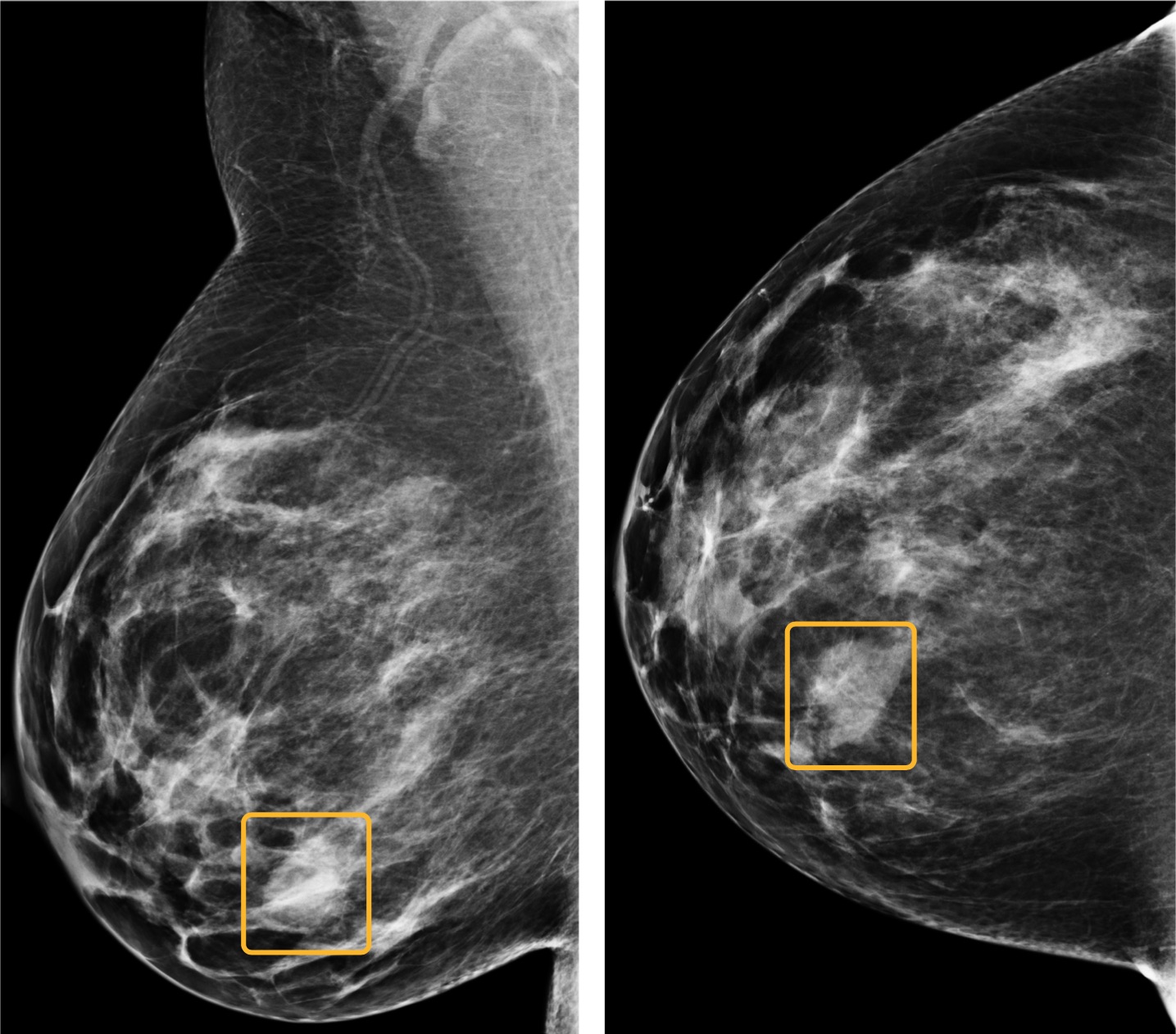 In a linked commentary published in Nature, Etta Pisano – one of the doyennes of breast cancer imaging – was cautiously optimistic about the potential of AI. Nevertheless, she did sound a warning, describing the lessons learned from the disappointment of computer-assisted detection (CAD) 15 years ago: “If AI algorithms are to make a bigger difference than CAD in detecting cancers that are currently missed, an abnormality detected by the AI system – but not perceived as such by the radiologist – would probably require extra investigation.” That said, this is one more study that has demonstrated the considerable potential of AI to improve breast cancer detection.