The past week was a hectic one for 19 start-up companies and their executives in Milan. Under the patronage of U-Start, the teams came together from Brazil, Europe, Russia and South Africa for a conference that was designed to provide an opportunity for investors and companies to meet. Before the main event began, however, the entrepreneurs attended a three-day boot camp.

On Saturday we learnt about growing and building a business, where the lectures were given by a London-based firm called Onyx Consulting. Then on Sunday morning we had a presentation on delivering the perfect pitch by Daniel Cronin who hosts an Austrian TV show called “Startup Stars” and we were then critiqued by him and our fellow entrepreneurs on our own pitching skills. Finally, on Monday we were taught the art of negotiating an investment term sheet by Massimiliano D’Amico of the law firm Bird & Bird and Lars Buch of Startupbootcamp. 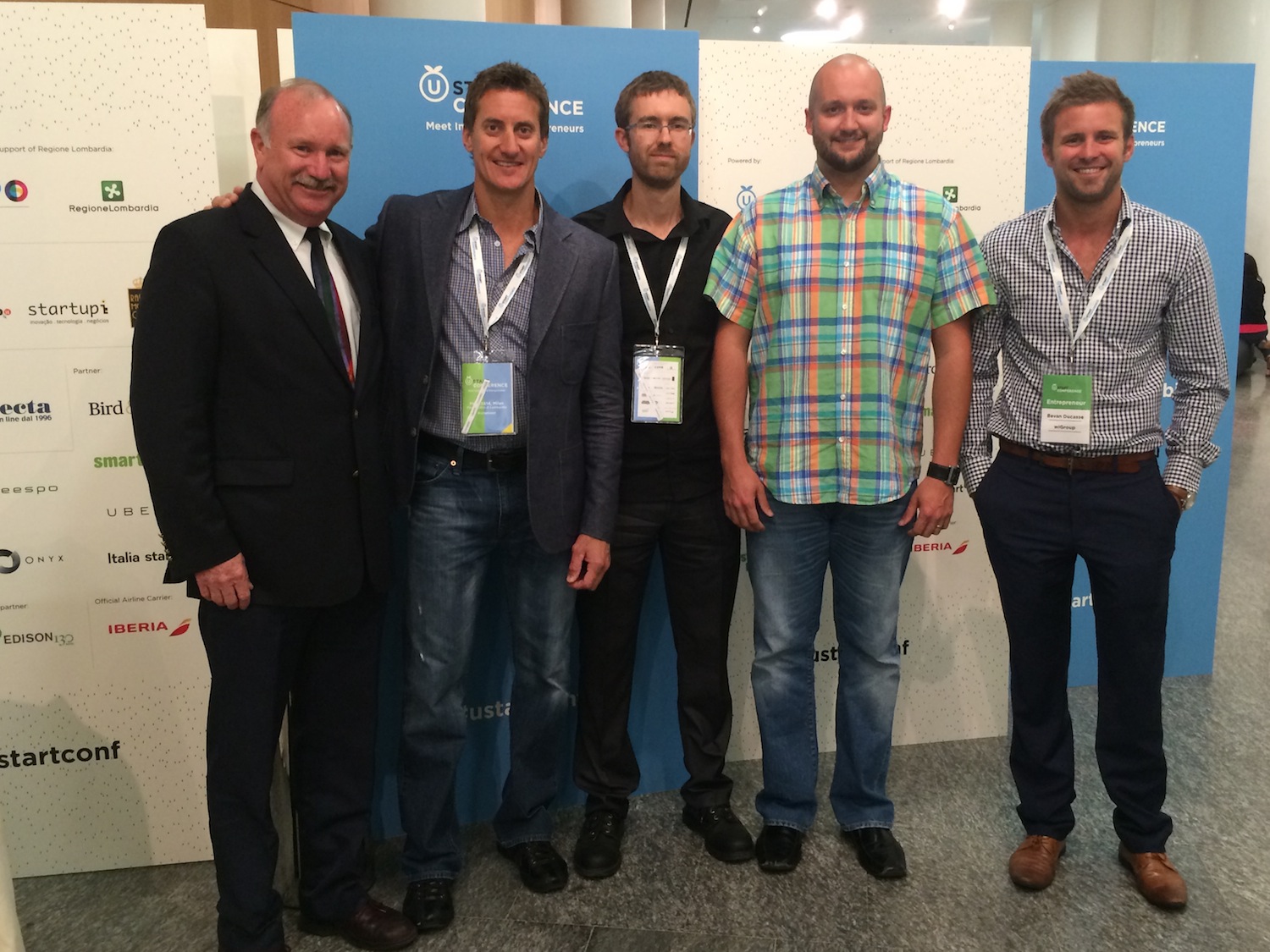 Team South Africa (L to R): Kit, Marcel, Jaco, Aaron and Bevan
Tuesday was day one of the conference and the South African executives delivered their presentations – a five-minute pitch followed by three minutes of Q&A. Bevan Ducasse of WiGroup described an aggregation platform that allows retailers to accept payment through any mobile device. Aaron Marshall of Over spoke about a mobile app that enables users to overlay digital photos with text and artwork to tell compelling stories, while Kit Vaughan of CapeRay described the potential of dual-modality imaging to detect breast cancer. Marcel Swanepoel of Mellowcabs demonstrated how their electric mini-cabs not only carry passengers but also function as an advertising platform, while Jaco Horn of SteadiDrone illustrated the wide range of applications of their unmanned aerial vehicles with camera gimbals. 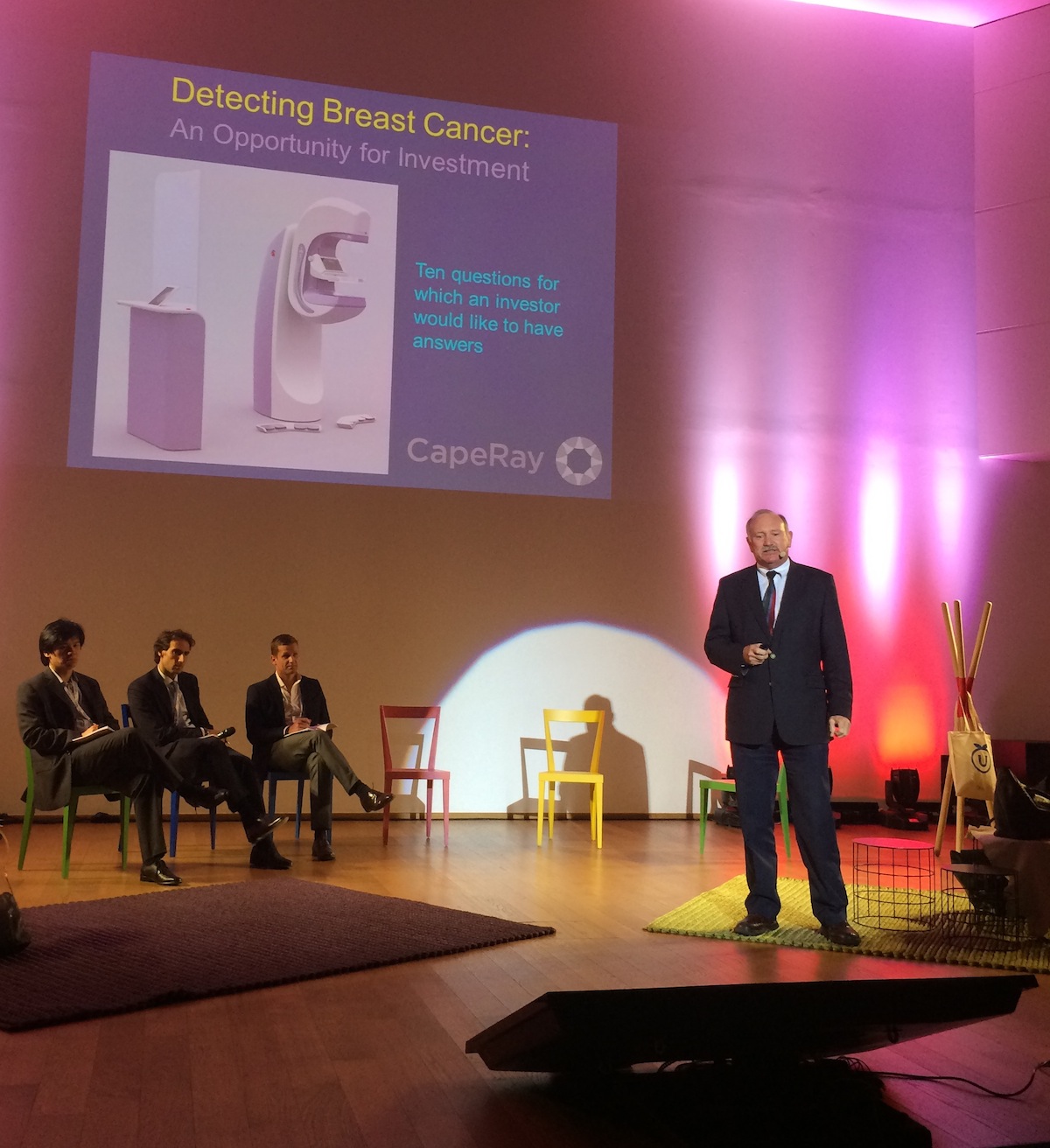 Wednesday provided another opportunity for South Africa. Moderated by Zach George – who heads up African operations for U-Start – the panel included: James Durrant of Mamba Mentors; Vuyisa Qabaka, head of marketing at the Bandwidth Barn; Anthony Stonefield of Gramercy Ventures; Marc Belkin, managing partner at Hasso Plattner Ventures Africa; and Garreth Bloor, a Cape Town city councillor. They made a compelling case for considering South Africa in general, and Cape Town in particular, as an ideal destination for international investment.

After two days of intense networking, the conference ended on a high note when the winners were announced: Bevan Ducasse won the African region, while the overall winner was Aaron Marshall whose prize, worth $25,000, includes a roadshow to hold indepth meetings with interested investors. In reality, of course, we all came away as winners.