In November 1895 the physicist Wilhelm Röntgen performed an experiment in which invisible cathode rays, generated by electrostatic discharges from within an evacuated glass tube, caused a cardboard screen to fluoresce. He called them X-rays, using the mathematical description for something unknown. By the middle of the following year portable X-ray machines, costing just $15 and used in conjunction with a photographic plate, were recording images for diagnostic purposes all over the world. However, it would be another sixty years before X-rays were used to diagnose breast cancer.

What Röntgen did not anticipate was that the ionising radiation of X-rays would prove to be a powerful carcinogen. So, the magical rays that launched the field of medical imaging would also prove to be a hazard to human health. Ironically, carefully targeted X-rays can also be employed to treat cancer in radiation therapy.

In the USA, the recently formed Joint Task Force on Adult Radiation Protection is addressing concerns about the surge in exposure to ionising radiation. The public would like to know the risks associated with annual screening by mammography. The amount of radiation to which the breasts are exposed is known as the mean glandular dose, expressed in units of milligray (mGy). In a standard mammography exam there are four X-ray images (cranio-caudal and medio-lateral oblique views of each breast) and the mean glandular dose is approximately 4 mGy. Reducing the dose, however, degrades the image quality and therefore increases the risk of misdiagnosis. 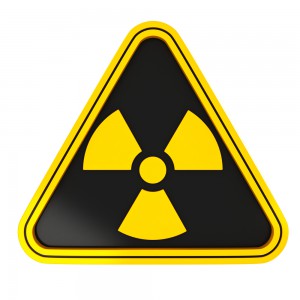 Martin Yaffe, a medical physicist from Toronto, has summarised the challenge: “We really don’t have any direct evidence that any woman has ever died because of radiation received during the mammogram.” He and his colleagues have estimated the risk of radiation-induced breast cancer following mammography based on a mathematical model. Their findings, to be published next month in Radiology, predict that a woman aged between 40 and 55 receiving an annual mammogram has a one in 1,000 chance of developing breast cancer from the radiation, while her chances of dying are one in 10,000.

Since the lifetime risk of breast cancer is estimated at one in eight, the benefits of early detection by mammography far outweigh the risks of radiation.