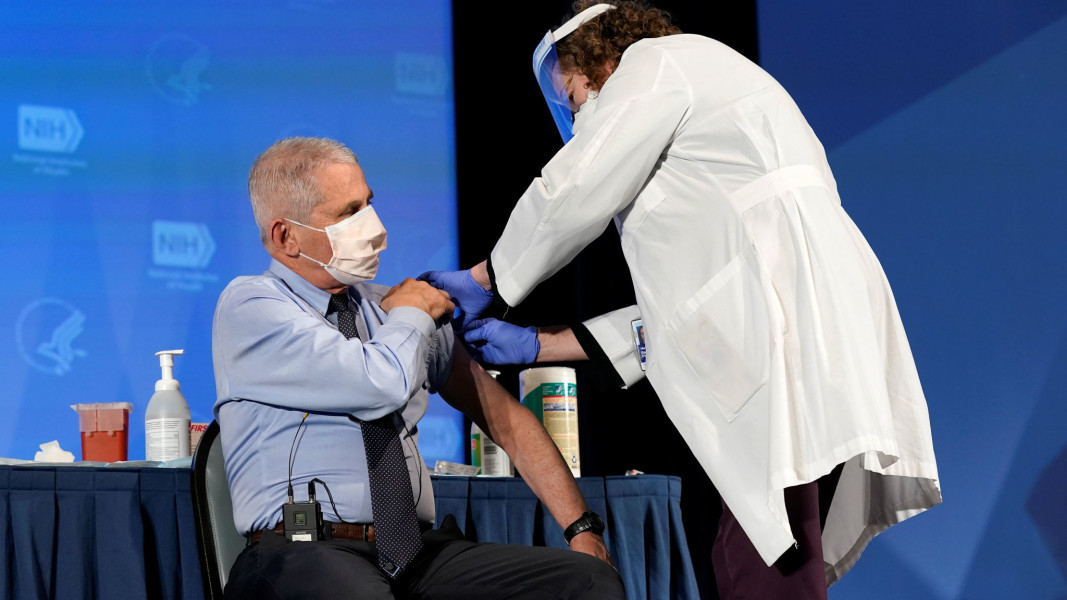 It’s that time when the journal Science selects a major breakthrough from the past year, together with nine runners-up. Not too surprisingly, the 2020 Breakthrough of the Year is the coronavirus vaccine. In early February, when the world was first coming to grips with a new virus, Anthony Fauci, head of the National Institute of Allergy and Infectious Diseases, commented: “You’re not just going to pull a vaccine out of your pocket.” And yet Fauci, seen above right in mid-December, was one of the first healthcare workers to receive an approved vaccine. Now, what about the runners-up?

(1) DeepMind, an artificial intelligence company that has developed an algorithm to identify breast cancer in screening mammograms, has solved one of biology’s greatest challenges: predicting the exact 3D structure adopted by an amino acid string when it folds into a working protein. This breakthrough will help scientists discover disease mechanisms, develop new drugs and create cheaper biofuels. (2) CRISPR, the revolutionary gene-editing tool was not only recognised with a Nobel Prize, it was also used successfully to treat patients with inherited blood disorders: sickle cell disease and beta-thalassemia. 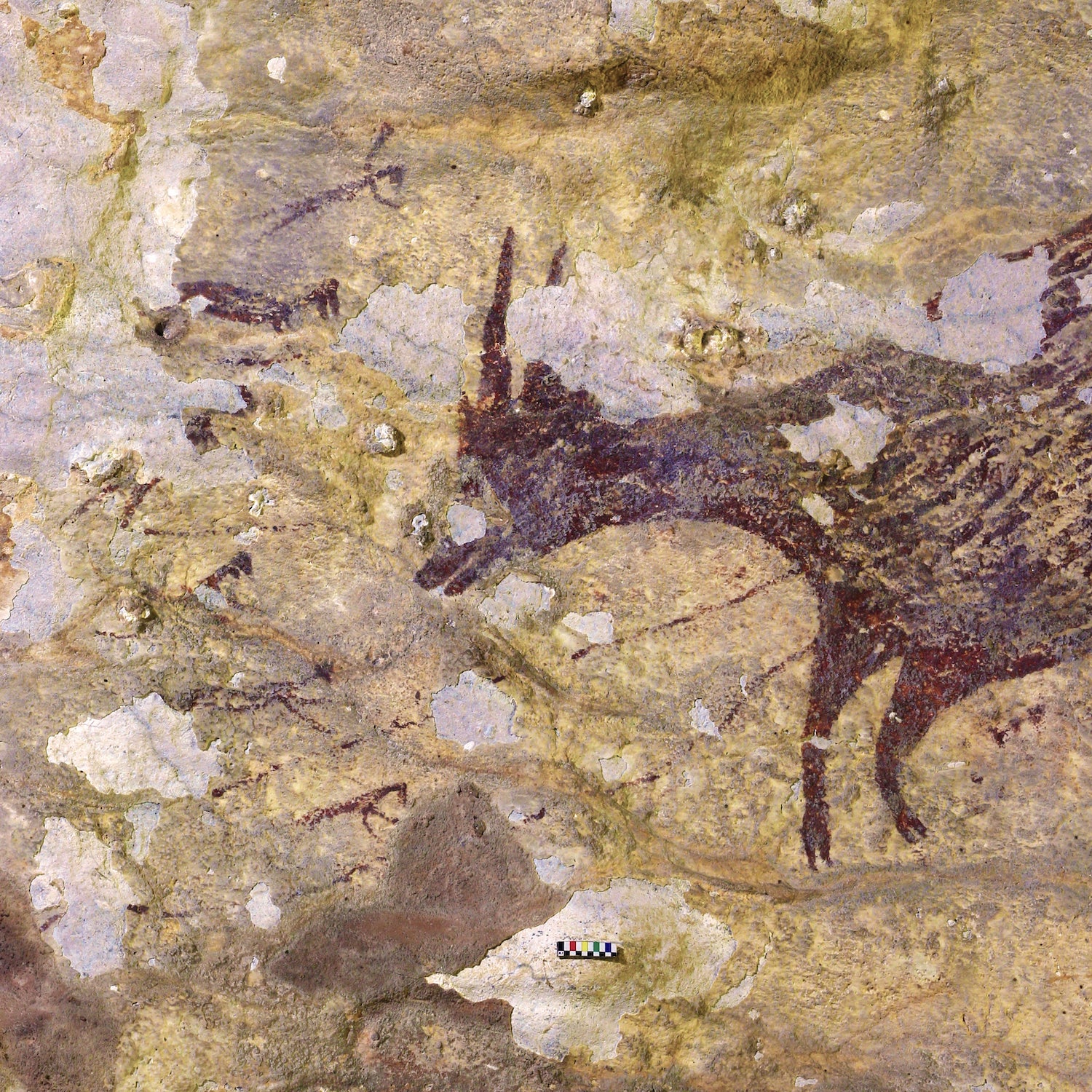 (3) Climate scientists have developed high-resolution models of clouds, backed up by satellite evidence, showing the impact of clouds on global warming. (4) The origin of fast radio bursts – flashes of radio waves from distant galaxies – have puzzled astronomers for over a decade but they have now discovered a likely source in the Milky Way: magnetars, neutron stars that “fizzle and pop with powerful magnetic fields.” (5) Following the Black Lives Matter movement, the scientific community has created “a more equitable, welcoming environment for people of colour.”

(6) The world’s oldest hunting scene has been revealed in rock paintings discovered on the Indonesian island of Sulawesi: over 40,000 years ago, a prehistoric artist depicted a dwarf buffalo being corralled with ropes (seen above left). (7) A study of 64 people infected with HIV who have been healthy for years without antiretroviral drugs – so-called “elite controllers” – has revealed where the virus is located in their genomes, opening up novel treatment strategies. 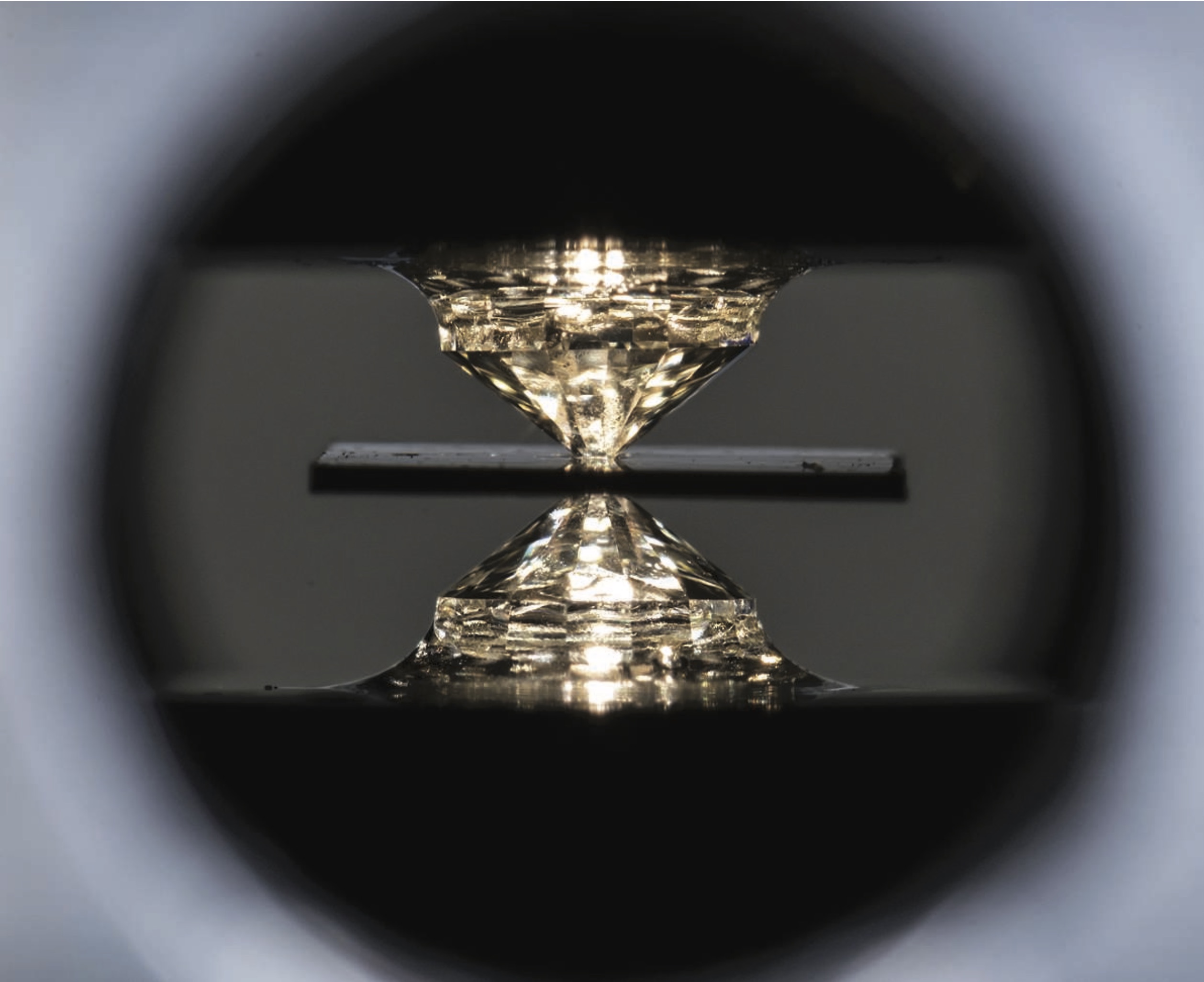 (8) Superconductivity at room temperatures has long been the Holy Grail for physicists and in 2020 they discovered that a compound made from hydrogen, sulfur and carbon, when compressed between two diamonds (seen right, © Adam Fenster), conducted electricity with no resistance at 17o Celsius. (9) Although birds have brains no bigger than a walnut, researchers used 3D polarized light imaging to reveal that parts of the avian brain resemble the human neocortex, the source of our intelligence.