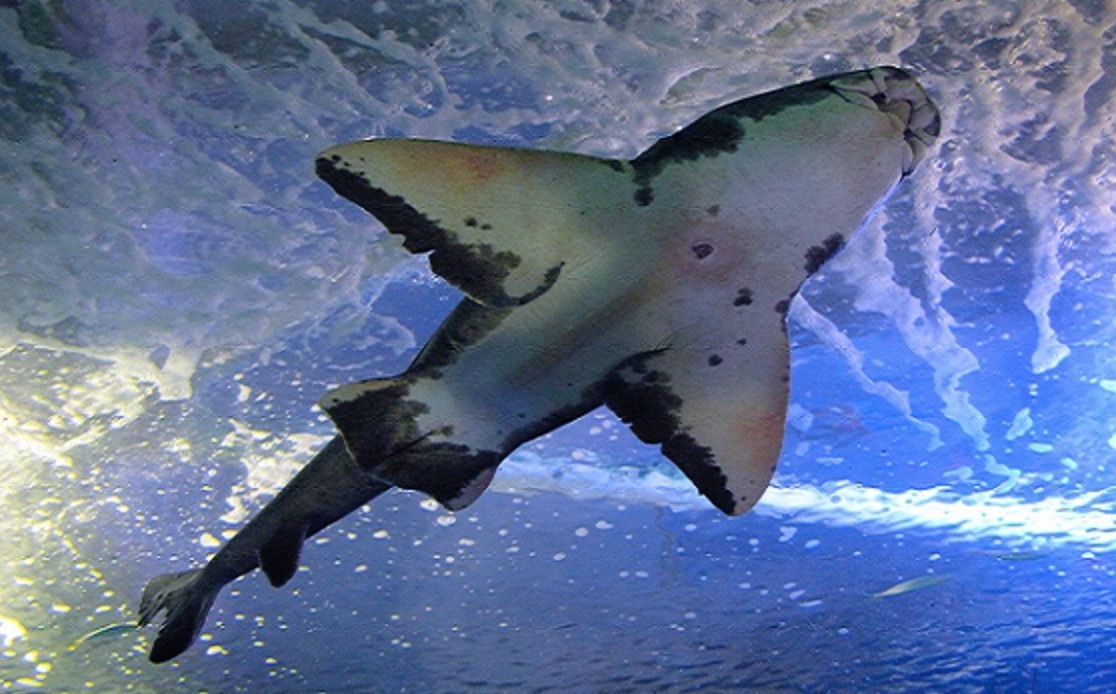 For more than 150 years scientists have known that cartilaginous fishes, including sharks, get cancerous tumours. Despite this knowledge, the belief persists that these animals are immune to the disease and this misconception has been exploited by those who sell shark cartilage, claiming the substance will help to cure cancer. Well, a recent article has shown that a synthetic shark antibody can block a cancer-causing protein and, in so doing, provide fresh insights for the design of novel drugs.

The Royal Society, whose inaugural secretary Henry Oldenburg introduced the practice of peer review in 1665, published a press release yesterday: “Cancer therapy has been revolutionised by precision drugs that block the activity of protein kinases. However, new strategies are needed to overcome the resistance to these drugs in order to prevent recurrence of the disease.” The article, published in Open Biology, describes a biological approach to target a kinase in a way that is different from the drugs currently used in patients.

A research team, led by Richard Bayliss of the Astbury Centre for Structual Biology at the University of Leeds, focused on Aurora-A  a protein kinase that functions primarily in cell division and is overexpressed in breast, colon and other types of cancer. They have revealed a method for promoting allosteric inhibition – preventing a substrate from binding to an active site – of Aurora-A kinase based on a domain known as variable new antigen receptor (vNAR). 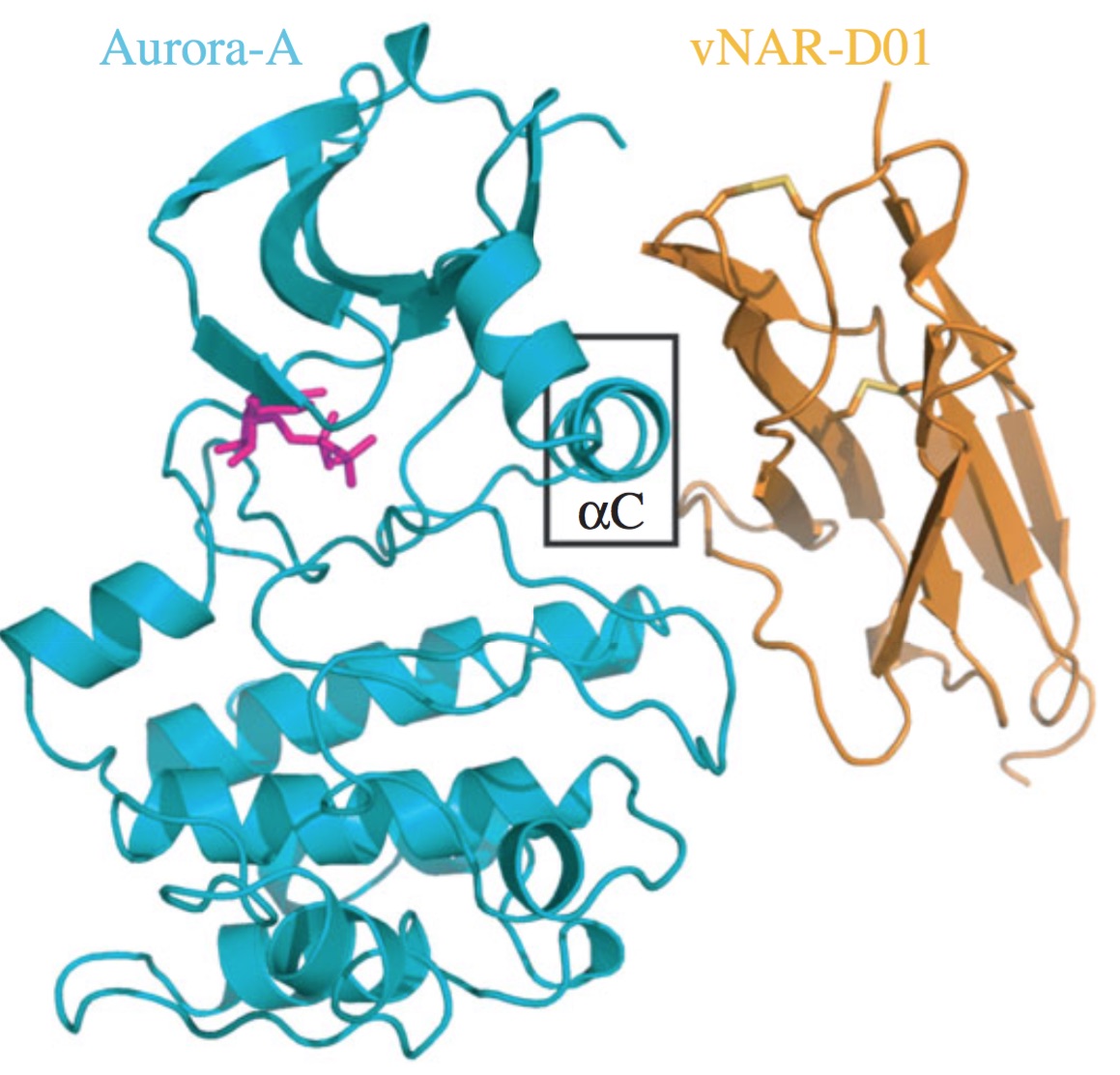 Now here’s the shark connection: Bayliss and his team used a synthetic library of vNAR domains based on a scaffold isolated from the Wobbegong Spotted shark (seen above right) to screen for binding to the kinase domain of human Aurora-A kinase. A cartoon representation of the complex crystal is seen at left (© The Royal Society), where Aurora-A is coloured teal, vNAR is coloured orange and the interface bridge between the two is designated αC. The authors concluded: “These studies illustrate how single domain antibodies can be used to characterize the regulatory mechanisms and provide a rational basis for structure-guided design of allosteric Aurora-A kinase inhibitors.”

Richard Bayliss is a graduate of the University of Cambridge, earning his BA (Hons) and PhD in 1997 and 2000 respectively. Appointed to a full professorship before his 40th birthday, he has already garnered an impressive h-index of 28, portending an exciting career in the future. Who knows, his work on shark antibodies could lead to a breakthrough in the treatment of breast cancer.