The Cost of a Mammogram

In a recently published study in the journal Cancer, the authors concluded that people without health insurance who lived in rural areas were less likely to have routine health check-ups. According to the lead author, Dr Patricia Carney, “People in rural areas tend to go to the doctor only when they are ill, so they don’t get a chance to talk about cancer screening.”

Previous research that focused on people in cities showed that the rates of cancer screening were lower among the uninsured. In this recent study, 78% of rural women who lacked health insurance had not had a mammogram in the previous three years. As Dr Carney said, “If you have insurance of any kind, you are more likely to go for a health visit, and if you have a health visit, you’re more likely to be up-to-date for cancer screening.” 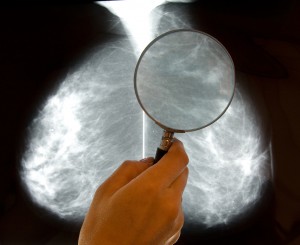 There are, of course, a variety of reasons why screening rates might be low. These include the distance to the nearest clinic, a lack of interest in personal healthcare and, for the uninsured or partially insured, the cost. This got us thinking: What does a mammogram cost in different parts of the world? In the brief analysis that follows, we have used exchange rates of $1.00 = £0.64 = R8.22, without taking into account purchasing power parity.

In the United Kingdom, where the National Health Service (NHS) has offered a government-sponsored breast screening service for over 20 years, almost 2 million women each year have a mammogram at a cost of $70 to the NHS. For those women with private health insurance, they can expect to pay up to $350 for a mammogram of both breasts and a further $550 if ultrasound images are also gathered. In the USA, there is an innovative service where women can search for breast imaging clinics based on where they live. In Lake Grove, New York, for example, the least expensive price for a mammogram is $210 while the most expensive is $1650.

In South Africa, at a university teaching hospital like Groote Schuur, patients are means tested. A woman earning less than $4,400 per annum would pay just $4.25 for her mammogram, while a woman whose annual salary exceeds $9,000 would pay $40. At a private Cape Town hospital, a woman would pay $120 for a breast examination that includes both mammography and ultrasound. The question we need to ask, however, is this: What is the cost of not having a mammogram?