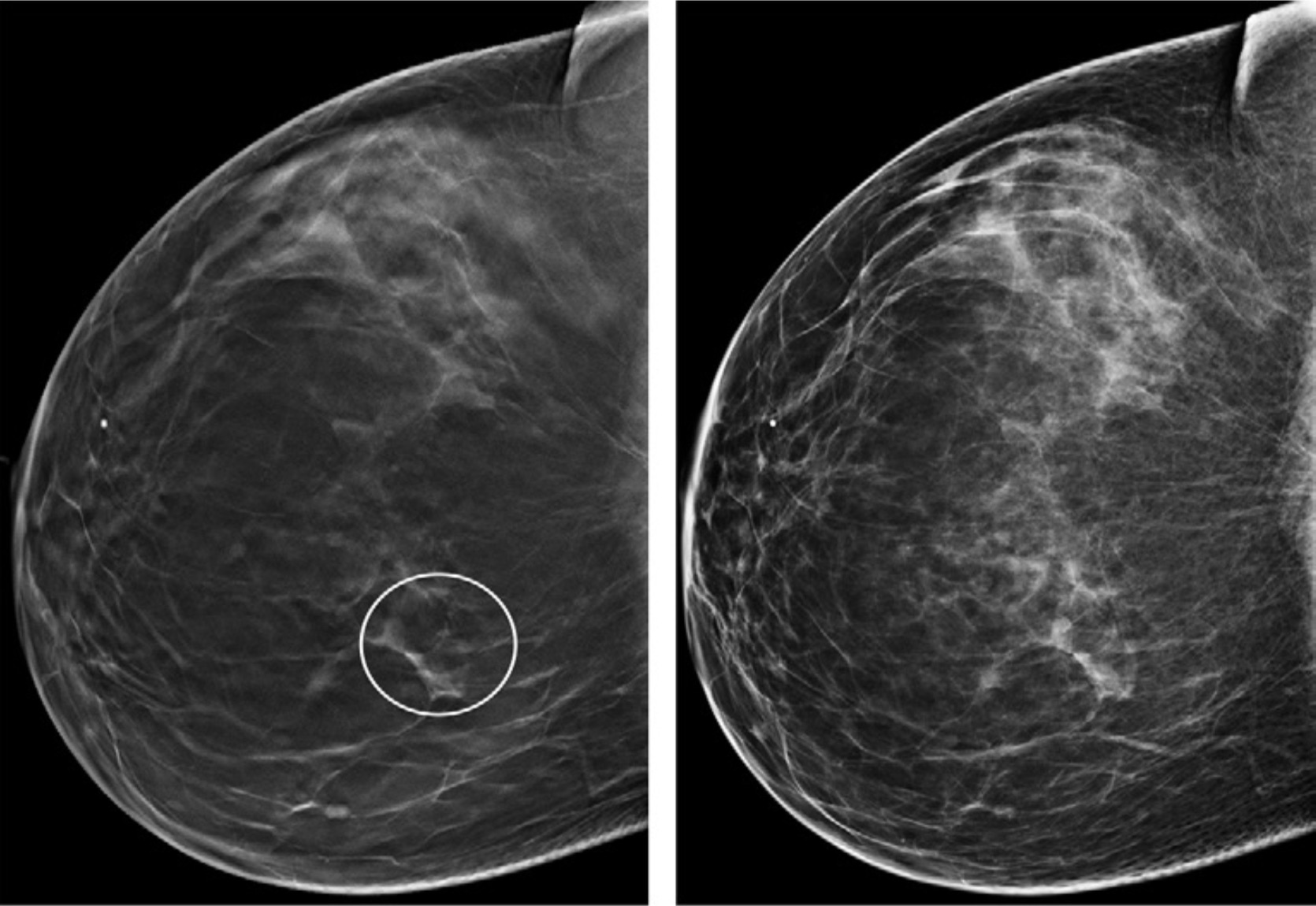 As we have highlighted previously, a false-negative finding – where a tumour is missed during breast cancer screening – can have devastating consequences for the woman concerned. Nancy Cappello has described this is as the “happygram” when the mammogram does not reveal an underlying tumour and the woman returns home, happy in the knowledge that she is cancer-free. In the mean time the cancer continues to grow and perhaps to metastasize, so that by the time the diagnosis is made, the treatment costs have escalated and chances of a successful outcome have diminished.

An interval cancer may be defined as a breast cancer diagnosed in a woman presenting with symptoms within one year of a negative screening mammogram. It is therefore crucial that interval cancers be reviewed by the radiologists responsible for a breast-screening programme. Based on a study of 231 false-negative screenings, Hofvind and colleagues characterized interval cancers as: “missed,” where cancer was clearly present in the screening mammogram (35%); “minimal sign,” where subtle or slowly developing signs were present (23%); and “true negative” in 42% of cases.

In an effort to reduce the incidence of false-negative findings during routine mammography screening, radiologists at the University of Münster in Germany employ a strategy of dual diagnosis: each mammogram must be separately read by at least two radiologists. As Dr Walter Heindel emphasized, “Two pairs of eyes are better than one, and this method gives at least a 15% increase in tumour detection rates compared with just one doctor.” 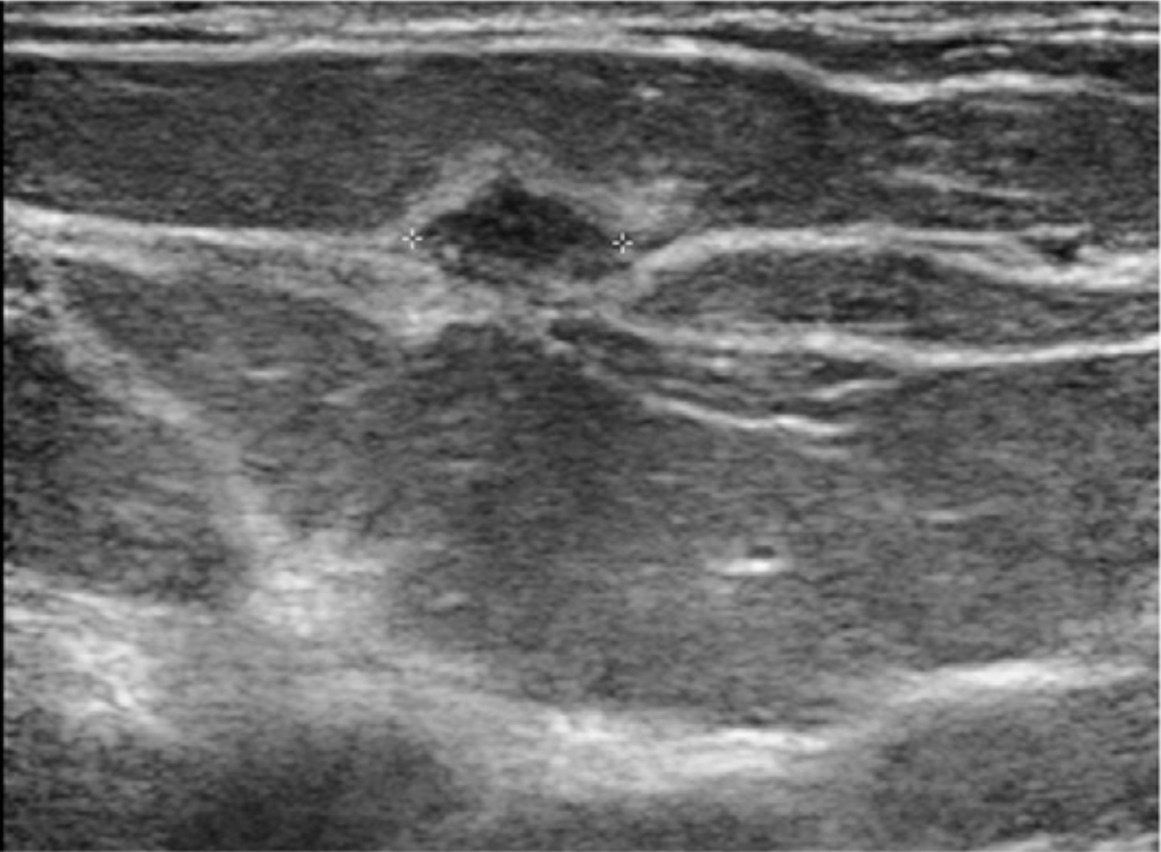 In an effort to explore strategies for increasing cancer detection rates, Dr Katrina Korhonen reviewed true-positive and false-negative results when employing digital breast tomosynthesis (DBT) as a screening modality. She and her colleagues at the University of Pennsylvania have just published their findings in RadioGraphics, in which they reported examples of cancers that were occult in full-field digital mammography (FFDM) but were diagnosed with DBT. However, there were occasions when both the DBT and FFDM images were initially interpreted as negative (see above right, © RSNA), and a patient-requested ultrasound (see above left) revealed an intermediate grade ductal carcinoma.

The authors acknowledged, “Although the false-negative rate of DBT screening is less than that of screening with FFDM alone, some cancers are still difficult to detect or nondetectable with DBT.” This begs the question: Would not the solution to the false-negative conundrum be addressed by combining FFDM with automated breast ultrasound (ABUS) – such as CapeRay’s Aceso system – or even combining DBT with ABUS?