The Promise of Dendritic Cell Vaccines

Dendritic cells, copyright Science Photo Library
On Monday 3 October 2011 the Nobel Committee announced that the prize for medicine would be shared by Ralph Steinman, a Canadian scientist who worked at Rockefeller University in New York. Unbeknown to the Committee, Steinman had died of pancreatic cancer the previous Friday. Since the rules state “work by a person since deceased shall not be considered,” the award to Steinman was thrown into doubt. Fortunately sanity prevailed and the man who had revolutionized our understanding of the immune system, in particular his discovery of dendritic cells that help the body fight off infection, was given the award posthumously.

Vaccines are medicines that boost the natural ability of a person’s immune system to protect against “foreign invaders” that cause disease. Cancer vaccines belong to a class known as biological response modifiers that work by stimulating or restoring the immune system’s ability to fight disease. The vaccines may be preventative and designed to prevent the development of cancer in healthy people, or therapeutic, which are intended to treat an existing cancer.

To be effective, therapeutic vaccines must accomplish two goals: identify the correct target, and then provide a powerful response to overcome the barriers cancer cells use to protect themselves against attack by killer T cells. In April 2010 the FDA approved the first cancer treatment vaccine based on dendritic cells called Provenge, manufactured by Dendreon, for the treatment of metastatic prostate cancer. The vaccine is customized by isolating antigen-presenting cells from the patient’s own blood, further cultured with proteins that stimulate an immune response by Dendreon, and then infused into the patient by his physician. 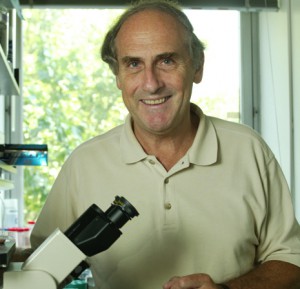 There are currently a number of active clinical trials of cancer treatment vaccines, including breast cancer. A company that has patented techniques to exploit the potential of dendritic cells to combat breast and ovarian cancer is Genius Therapeutics. Located here in in South Africa, their CEO Ismet Amod has recently announced that the company plans to list on a foreign stock exchange, enabling it to raise the necessary funds to conduct international clinical trials.

At the time of his death, Ralph Steinman was being treated with a cancer vaccine that he had designed himself. Although the treatment had prolonged his life, it did not enable him to receive the Nobel Prize in person. His legacy, however, will be the many patients whose lives his discoveries will benefit in the future.