Through the Eyes of a Shrimp

Since surgery is the primary option when treating malignant breast cancers, complete removal of the tumour and early identification of metastases is paramount for a positive prognosis. Who would have thought that the eye of a mantis shrimp (seen right, © AAAS) could inspire the development of a sophisticated camera capable of imaging cancerous tissues? A team of engineers from the University of Illinois at Urbana-Champaign in the USA, led by Viktor Gruev, has done just that. Earlier this week they published their findings in Science Translational Medicine.

“The animal kingdom is full of creatures with much more sensitive and sophisticated eyes than our own,” said Gruev. “These animals perceive natural phenomena that are invisible to humans, and polarization of light is one such example.” He continued, “Most of us are familiar with polarized sunglasses, which simply remove glare, while many animals use polarized vision as a covert communication channel to find food, or even to navigate by sensing patterns in the sky.” Compared with the human eye, which has three different colour receptors, the mantis shrimp has 16 different colour receptors and six polarization channels. 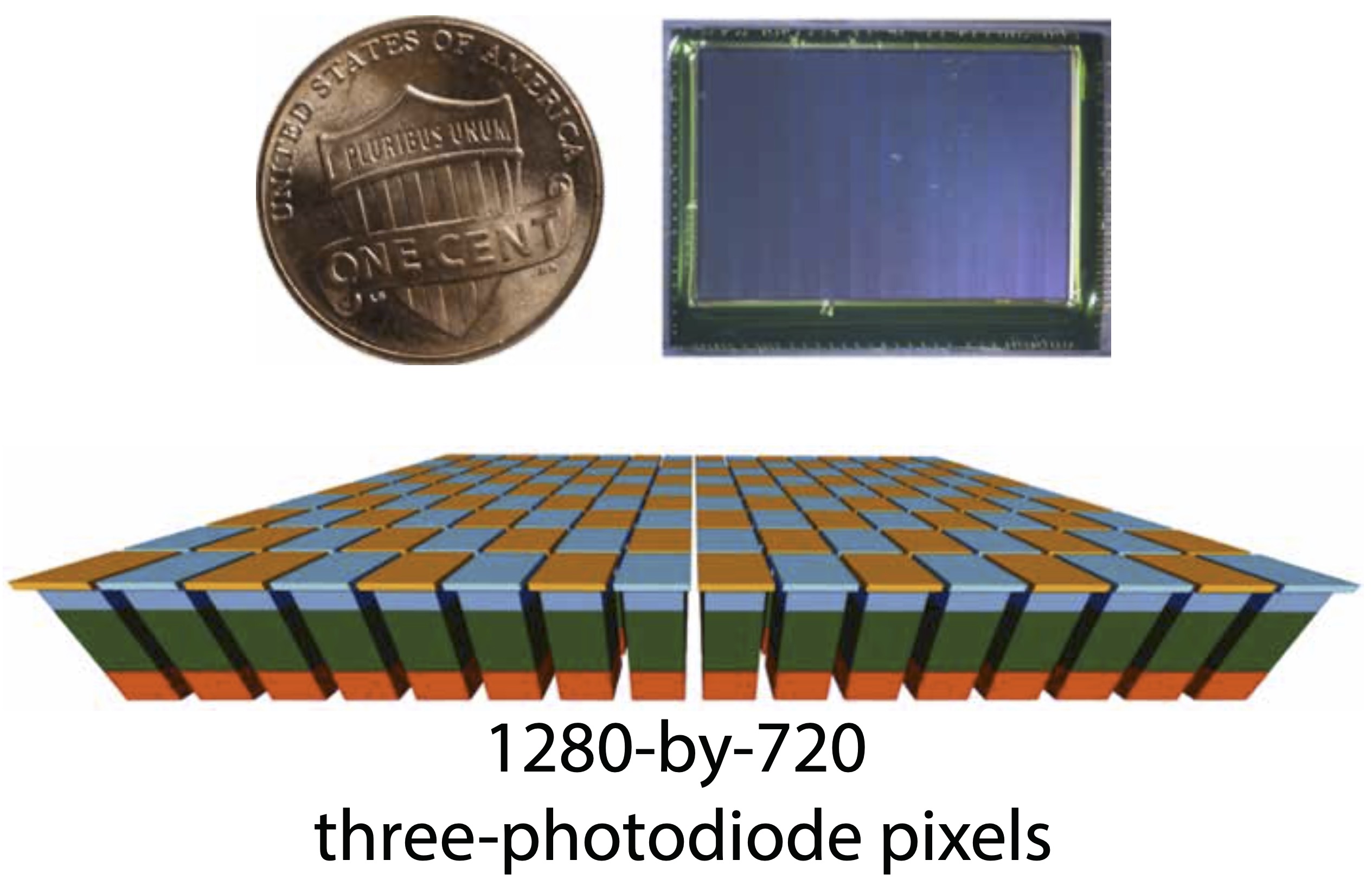 In the case of the shrimp eye, shorter-wavelength photons (blue light) penetrate shorter distances into their compound eyes compared to longer-wavelength photons (red light). Spectral filtering, enabling different parts of the eye to see different bands of light, is provided by crystalline cones located above the compound eye. These features provided the basis for the in silico design of a bioinspired image sensor seen above left (© AAAS). The sensor size is indicated by a one-cent piece, while the diagram below illustrates the integration of arrays of vertically stacked silicon photodetectors and pixelated spectral filters.

The researchers tuned the three colour channels and three near-infrared channels to facilitate multifunctional imaging of cancerous tissues. First, they tested their camera with mice that had human prostate tumours and using fluorophores – chemicals that fluoresce when exposed to light – they were able to distinguish diseased from healthy tissue in 92% of cases. 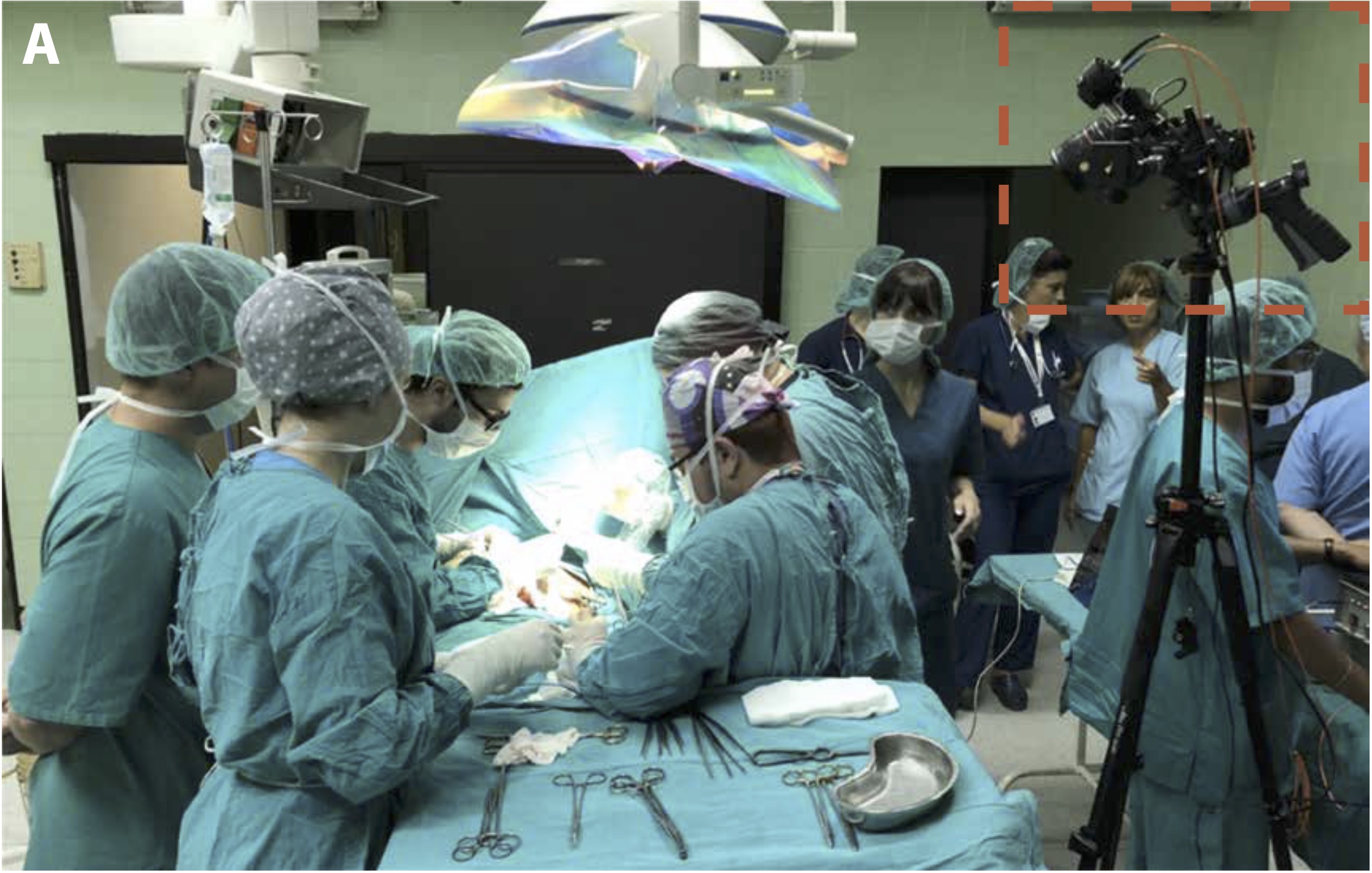 Next, they moved to the operating theatre (their camera is located in the red box seen at right, © AAAS), where they monitored 18 patients with breast cancer during surgical resection. Their novel image sensor successfully mapped the sentinel lymph nodes using near-infrared fluorophores, leading the team to conclude: “The flexibility and performance afforded by this simple and compact architecture highlights the benefits of biologically inspired sensors in image-guided surgery.” Yes, indeed, through the eyes of a shrimp!