To Patent or Not to Patent? That is the Question!

Sixteen years ago I contributed an editorial to the South African Journal of Science with the same title as today’s blog. In paraphrasing Shakespeare’s Hamlet, I explored a tricky issue, one that continues to place many of us on the horns of a delicate dilemma: if we invent something with significant commercial potential, should we fulfil the legal obligation to our employer and apply for a patent, or should we share the idea with the wider public and make it freely available?

I was stimulated to think about this question by two reports this week: first, an announcement from Carestream on how to measure innovation in diagnostic imaging; and second, a story from South Africa about the high cost of a breast cancer drug. As I stated in March 2001, “A patent is a document issued to an inventor by a national government, granting him or her exclusive rights to the invention for a limited period, generally 20 years. This patent then allows the inventor to prevent others from making, selling, or using the invention in the country that awarded the patent.”

Carestream, which was Kodak’s medical imaging division, believes there are two ways to measure innovation: patents and industry recognition. In 2016 they were awarded an impressive 43 new patents by the United States Patent and Trademark Office (USPTO) – plus an additional 52 patents in European and Asian countries – for innovations in medical image capture, cone beam CT and healthcare IT. Last year their Onsight 3D Extremity scanner used in orthopaedics received an Aunt Minnie award for best new radiology device, and was also recognised by Frost & Sullivan with an award for new product innovation. 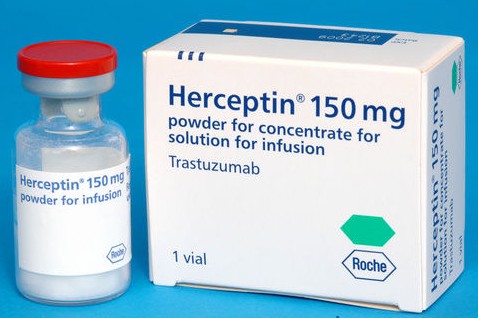 A patent not only provides a company with protection from competitors, it also allows the company to determine the price of its product. The Swiss pharmaceutical manufacturer Roche owns the patent for the breast cancer drug trastuzumab – also known as Herceptin – and in South Africa a year’s supply costs at least $15,000. At that price the life-preserving drug is beyond what most women can afford, while many health insurance companies deny coverage. Fortunately, the World Trade Organisation makes provision for biosimilar drugs to be produced, particularly when lives are at stake, and so we can expect a legal challenge to Roche’s monopoly, a strategy that recently succeeded in India.

At CapeRay we believe in the power of the patent, but we also recognise that our products should be affordably priced and widely available to women from all walks of life.