Treatment is on Target

Radiation therapy or radiotherapy is a treatment that employs ionising radiation to kill malignant cancer cells and is usually delivered by a large piece of equipment called a linear accelerator. This is known as external beam radiotherapy, or EBRT. The German company ZEISS, founded in Jena in 1846 and best known for its optical systems, is the developer of the Intrabeam. This compact device (seen below left) enables doctors to administer high dosage radiation directly into the tumour bed, immediately after the tumour has been removed. The approach is known as targeted intra-operative radiotherapy, or TARGIT-IORT.

The Intrabeam device, which has been available to 20 years, has a number of potential benefits for the treatment of breast cancer, including: surgery and radiotherapy completed at the same time; good cosmetic outcome; less pain; and fewer complications. However, from a patient’s perspective, the important question she might ask is: What is my chance of living without the cancer coming back? A group of clinical scientists from 10 countries set out to answer this question in 2000 and have just published their findings in the British Medical Journal (BMJ). 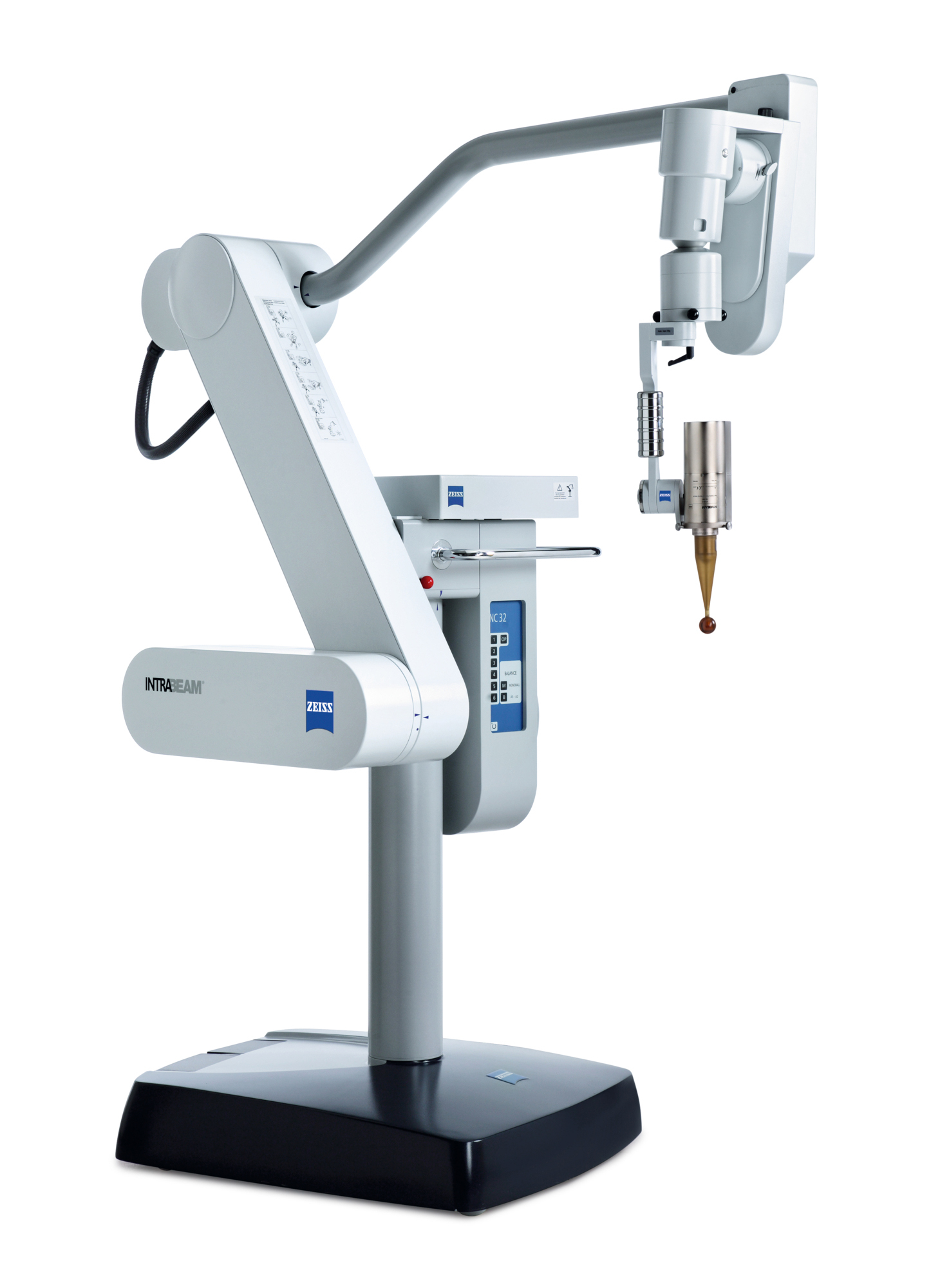 Led by surgeon Jayant Vaidya, who is based at University College London in the UK, the team recruited 2,298 women aged 45 and older who were diagnosed with invasive ductal carcinoma where the tumour was up to 3.5 cm in size. They all underwent lumpectomy and were randomly assigned to either the experimental intervention – TARGIT – or the standard treatment – EBRT. Whereas TARGIT required just 30 minutes during surgery, EBRT was administered daily for three to six weeks after surgery.

Based on the long-term follow up (median of 8.6 years and maximum of 18.9 years), there were no statistically significant differences found for recurrence-free survival, overall survival and breast cancer mortality. Interestingly, as seen below right (© BMJ), the non-breast cancer mortality rate was significantly lower for the TARGIT group compared to EBRT, although the researchers were unable to explain this result. 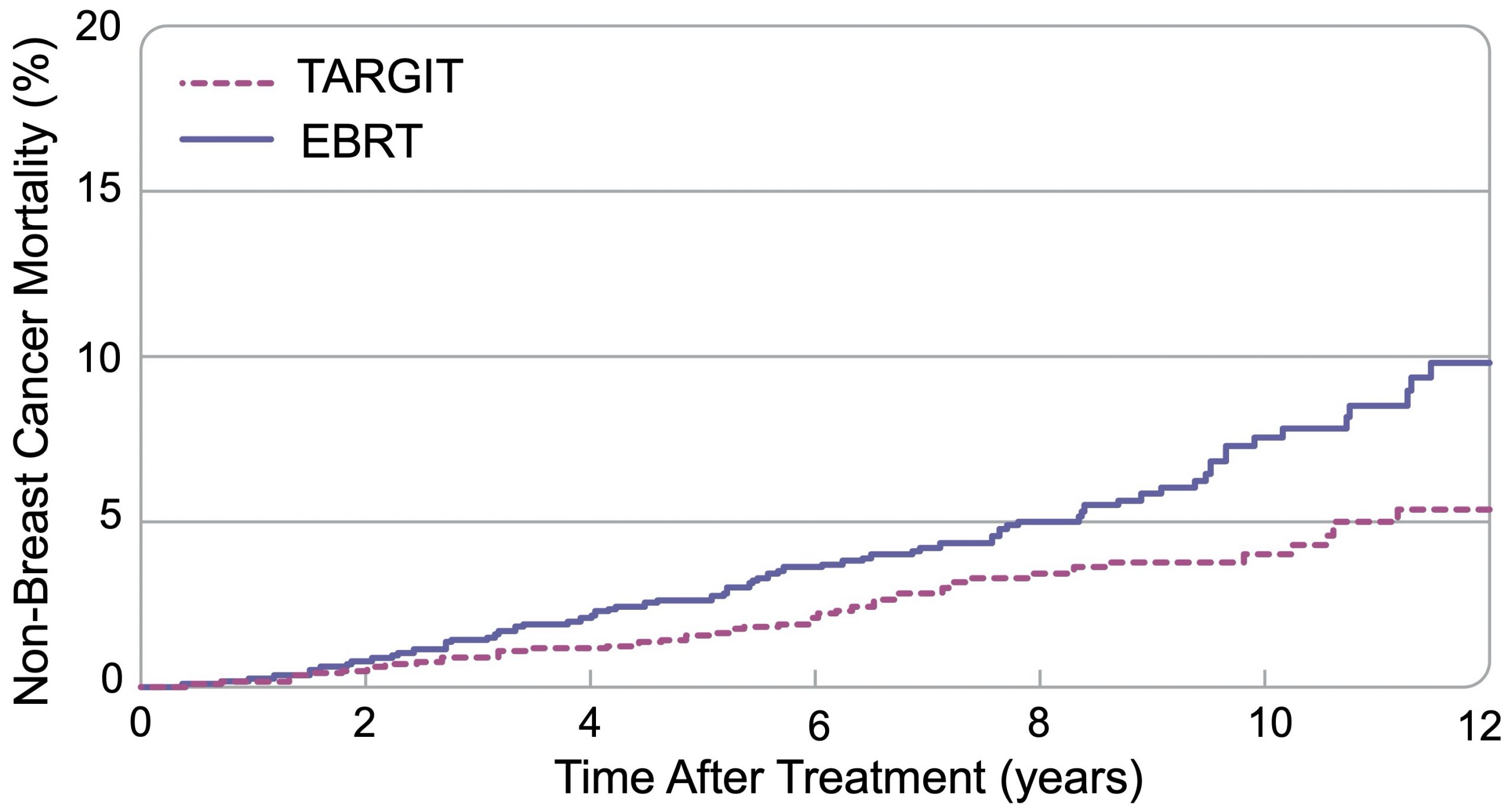 Vaidya, who delivered a freely-available video abstract to accompany the article, was enthusiastic about the outcome: “In these terrible times, it is one good news story. With TARGIT-IORT, women can have their surgery and radiation treatment for breast cancer all at the same time. This reduces the amount of time spent in hospital, and enables women to recover more rapidly.” He concluded: “With publication of these very positive long-term results, it is now clear that this treatment should be made more freely available.” Time will tell if his optimism is well placed.