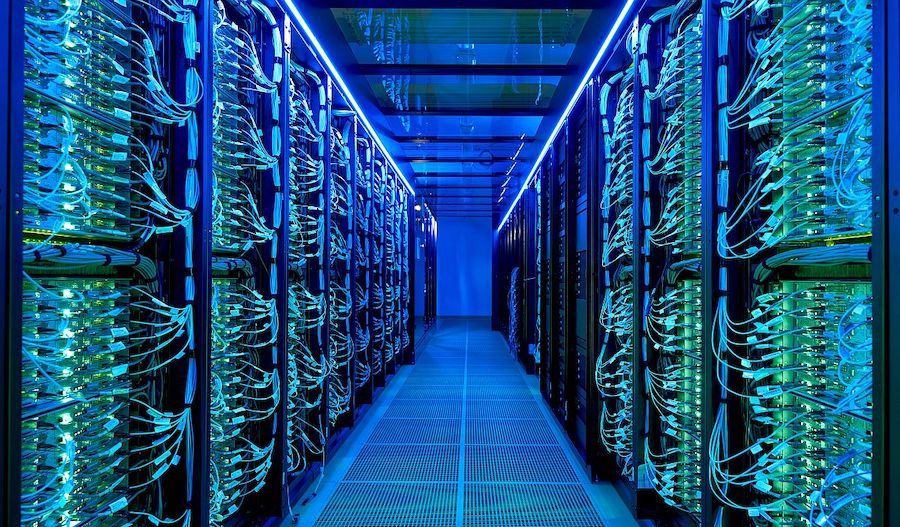 The European Innovation Council, under the umbrella of its Pathfinder Programme, has recently awarded a grant of €2.7 million to a consortium led by the Barcelona Superconducting Center (BSC) in Spain. The project is entitled Quantitative Ultrasound Stochastic Tomography – or QUSTom – and, apart from the BSC, the five other partners include Karlsruher Institutet für Technologie (KIT), Vall d’Hebron Research Institute, Arctur, Imperial College London, and the commercial company FrontWave Imaging. The consortium has made some bold claims in their press release, that they are the first to use supercomputers to detect tumours, with the aim to improve breast cancer diagnosis and potentially replace mammograms.

The principal investigator is Josep de la Puente who is affiliated with both BSC and FrontWave and said: “QUSTom poses an excellent opportunity to bring ultrasound imaging to the next level. We are very ambitious and plan for validation of the technology within the project’s two-year lifetime.” Their algorithms, which will be implemented on supercomputers at BSC, have been inspired by geophysical research at Imperial College to analyse the Earth’s subsurface. 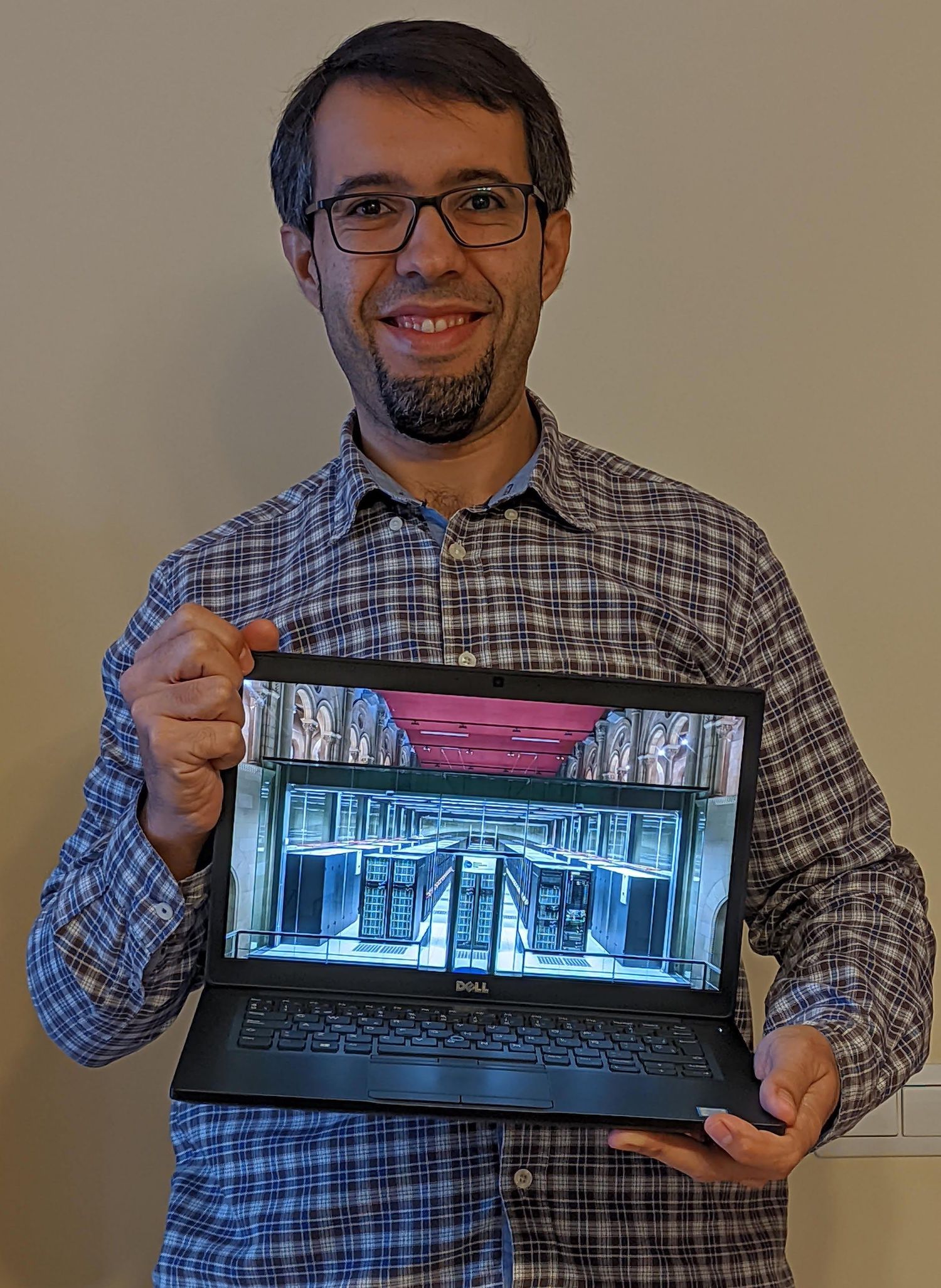 The images will be generated by existing ultrasound computer tomography (USCT) devices, including the experimental system developed at KIT, as well as the commercial devices manufactured by Delphinus and QT Ultrasound. De la Puente (seen left) enthused, “Interestingly enough, the revolution that we propose comes, not just from the extraordinary imaging device, but from the imaging algorithms used to generate unprecedented ultrasound images that we can fairly compare to those obtained with MRI.” This is a bold claim that will have to be backed up when he and his colleagues present their data in the peer-reviewed literature.

The clinical collaborators are located at the Vall d’Hebron Hospital in Barcelona where Ana Rodriguez-Arana, head of the women’s radiology service, emphasised: “The development of this new technology will be carried out within the framework of multi-modal assessment as an integral part of the diagnosis and monitoring of breast cancer.” 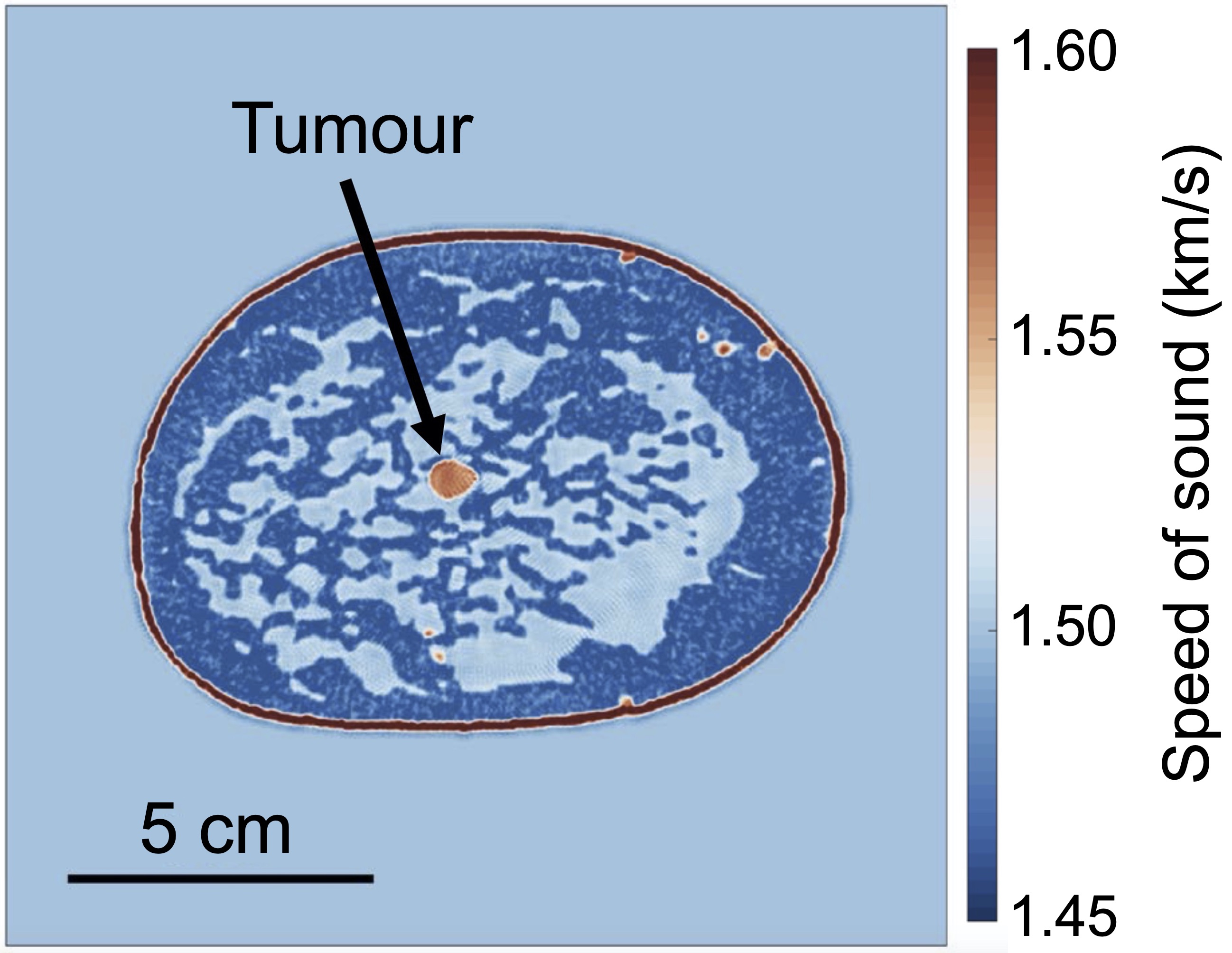 One of the major benefits of USCT is that the technology can generate 3D data of the underlying breast tissue structure, as well as the speed of sound through the tissue. This latter parameter is particularly important because it enables the visualisation of cancer cells, even in women with dense breast tissue (seen right, © FrontWave Imaging). De la Puente concluded, “We don’t want this technology sitting in the lab. The challenge is huge but all our partners are extraordinarily committed and motivated towards our mission.”