Ultrasound Screening after FFDM and DBT

In the past decade, 38 states in the USA have enacted legislation requiring radiologists to notify a woman if, after undergoing a screening mammogram, she has dense breast tissue. Following the determination – either by full-field digital mammography (FFDM) or by digital breast tomosynthesis (DBT) – the woman will normally be offered the opportunity to undergo a further screening exam with ultrasound which is able to penetrate and “see through” dense breast tissue. This begs two questions. How does FFDM compare to DBT when ultrasound is used to screen for cancers that are mammographically occult? Is ultrasound really necessary for women screened with DBT?

These questions have been answered in a paper that has just been published online by the American Journal of Roentgenology. Elizabeth Dibble and her colleagues at Brown University conducted a retrospective study of 3,102 women, about half of whom underwent FFDM and the other half DBT, with all of them having either heterogeneously dense or extremely dense breast tissue (BI-RADS c or d). All women were reported as negative but were referred for follow-up screening with hand-held ultrasound (HHUS) because of their dense tissue. 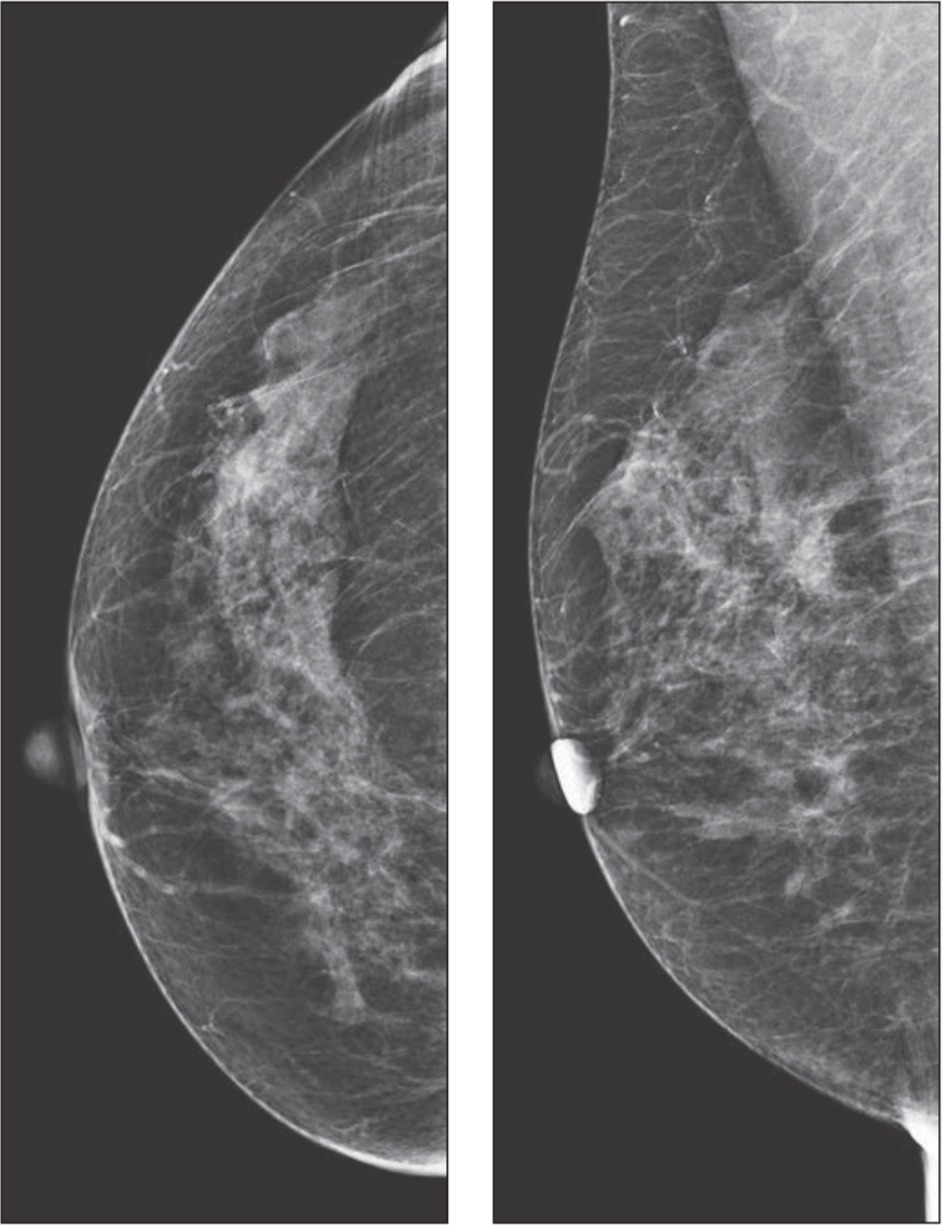 Seen at left are the cranio-caudal and medio-lateral oblique FFDM images of a 65-year-old patient with heterogeneously dense breast tissue but no evidence of malignancy. Below right is the HHUS image which showed a 1.2 cm hypoechoic mass with indistinct margins, and an ultrasound-guided biopsy revealed an invasive lobular carcinoma (© American Roentgen Ray Society). The additional cancer detection rate for HHUS after FFDM was 3.5 per 1,000 women screened, and for HHUS after DBT it was 3.0 per 1,000 women. There was no statistical difference between these two findings. 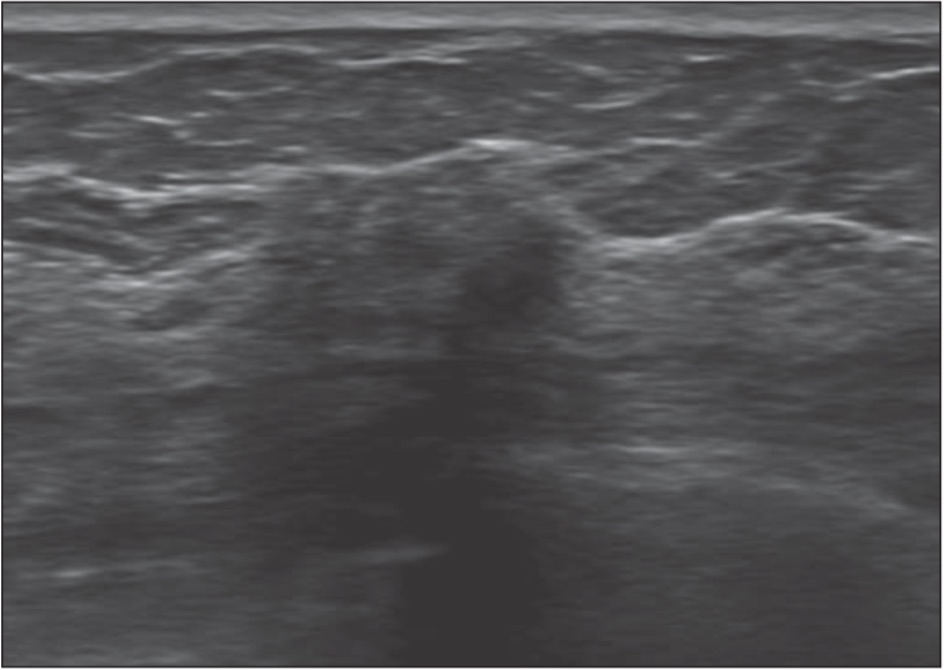 While Skaane recently reported that DBT had a higher sensitivity than FFDM in dense breasts (71% vs 54%), Giuliani has shown that when automated breast ultrasound (ABUS) is added to FFDM, sensitivity reaches 97%. Furthermore, earlier this year, Said presented data to show that ABUS had a higher accuracy than DBT. All these findings are good news for CapeRay and its dual-modality Aceso system that combines FFDM and ABUS in the same platform.