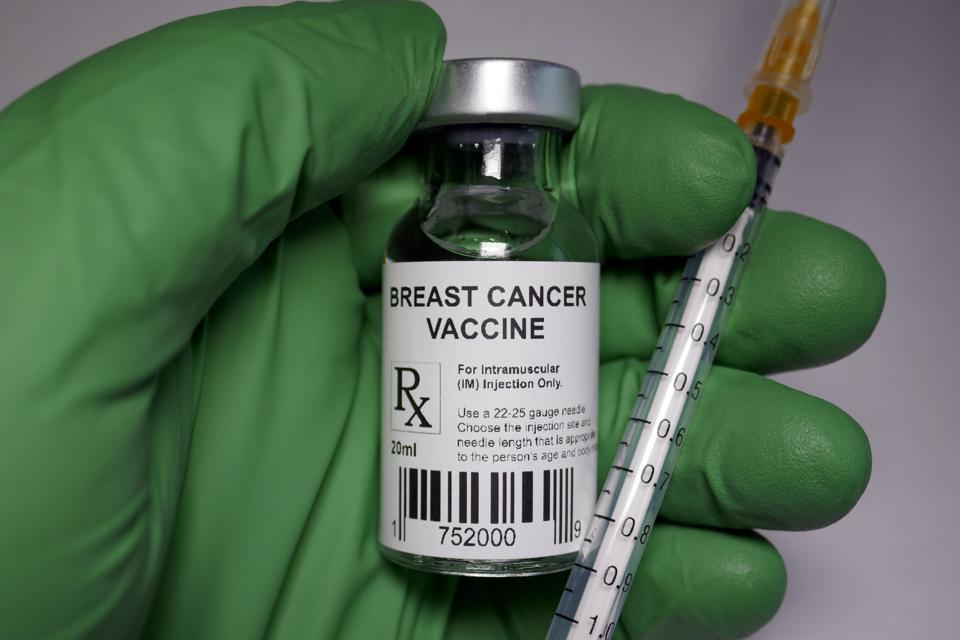 For the past few weeks, there has been understandable excitement that vaccines to inoculate people against the Covid-19 virus have proven to be safe and efficacious. The regulatory authorities in various countries have approved these vaccines which are now being administered to healthcare workers and the elderly, and there is light at the end of a very long tunnel. This apparent success begs the question: Could there be a vaccine that protects women against breast cancer? The answer is “yes,” and we report here on two promising candidates that have emerged in 2020.

Michael King is professor and head of biomedical engineering at Vanderbilt University in Tennessee who has studied circulating tumour cells that are responsible for metastasis – the spread of cancer from one organ to another. Working with his PhD student, Jenna Dombroski, they recently published a novel treatment for breast cancer metastasis in Langmuir. They developed a vaccine known as tumour nano-lysate (TNL) – where cancer cells are broken into thousands of nanoparticles – and conducted successful in vitro and animal tests. 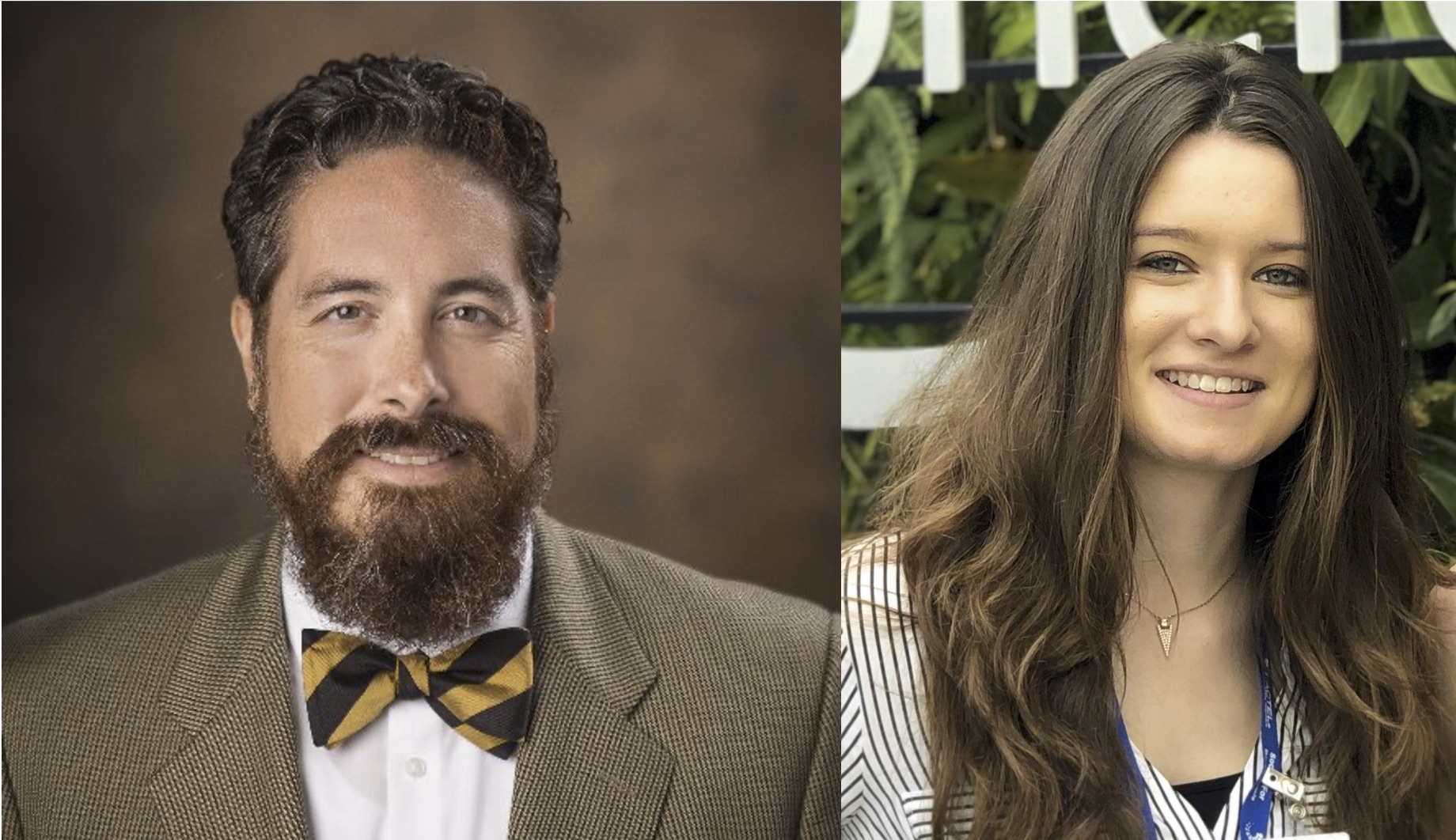 King and Dombroski (seen left) are continuing to optimise their vaccine with the ultimate aim of performing human trials. “What I like most about this study is that it is an elegant solution to the painful problem of cancer treatment,” said King. “We take cancer cells, hit them with ultrasound forces, deliver them as a vaccine, and it works. Next, we are going to figure out why this approach works so well.”

The second candidate vaccine uses a completely different approach and was invented by Vincent Tuohy and his research team at the Cleveland Clinic in Ohio. Their technology is based on self-proteins that have different functions during the life cycle, and one of these proteins is alpha-lactalbumin which is expressed only in the mammary glands during lactation and then disappears once milk production ceases. Tuohy (seen below right) discovered that alpha-lactalbumin is expressed abnormally when a woman contracts breast cancer, and he hypothesised that if a woman could be immunized against this protein after her childbearing years, her immune system could be taught to destroy breast cancer cells. 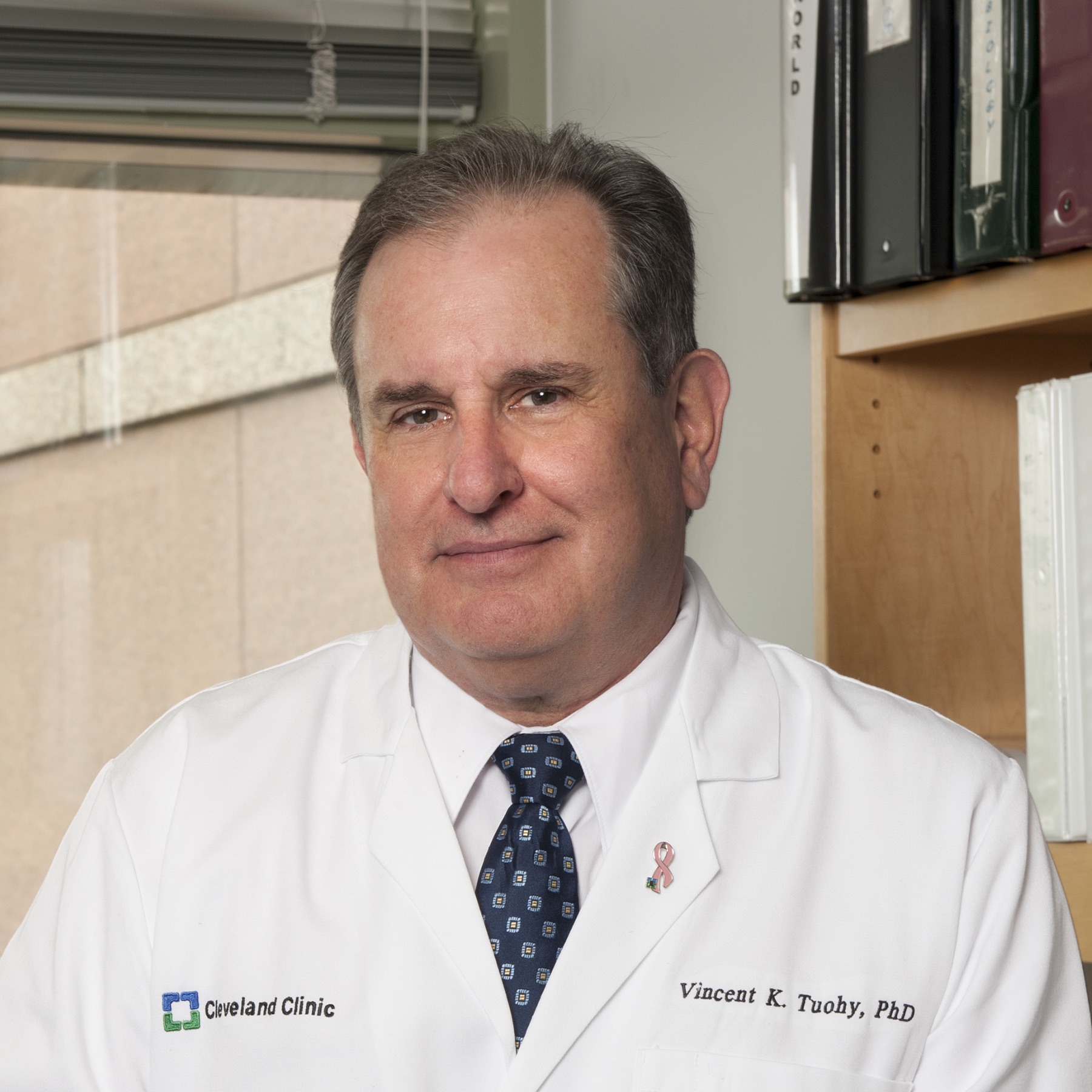 With the protection of a United States patent (9,125,848), the Cleveland Clinic has entered into an agreement with Anixa Biosciences and applied for its prophylactic breast cancer vaccine to be recognised as an investigational new drug (IND) by the FDA. “This has the potential to be a paradigm-shifting clinical study,” said Tuohy. “The way we think about controlling breast cancer may completely change.” This vaccine, and that of the Vanderbilt group, hold great promise for the future.