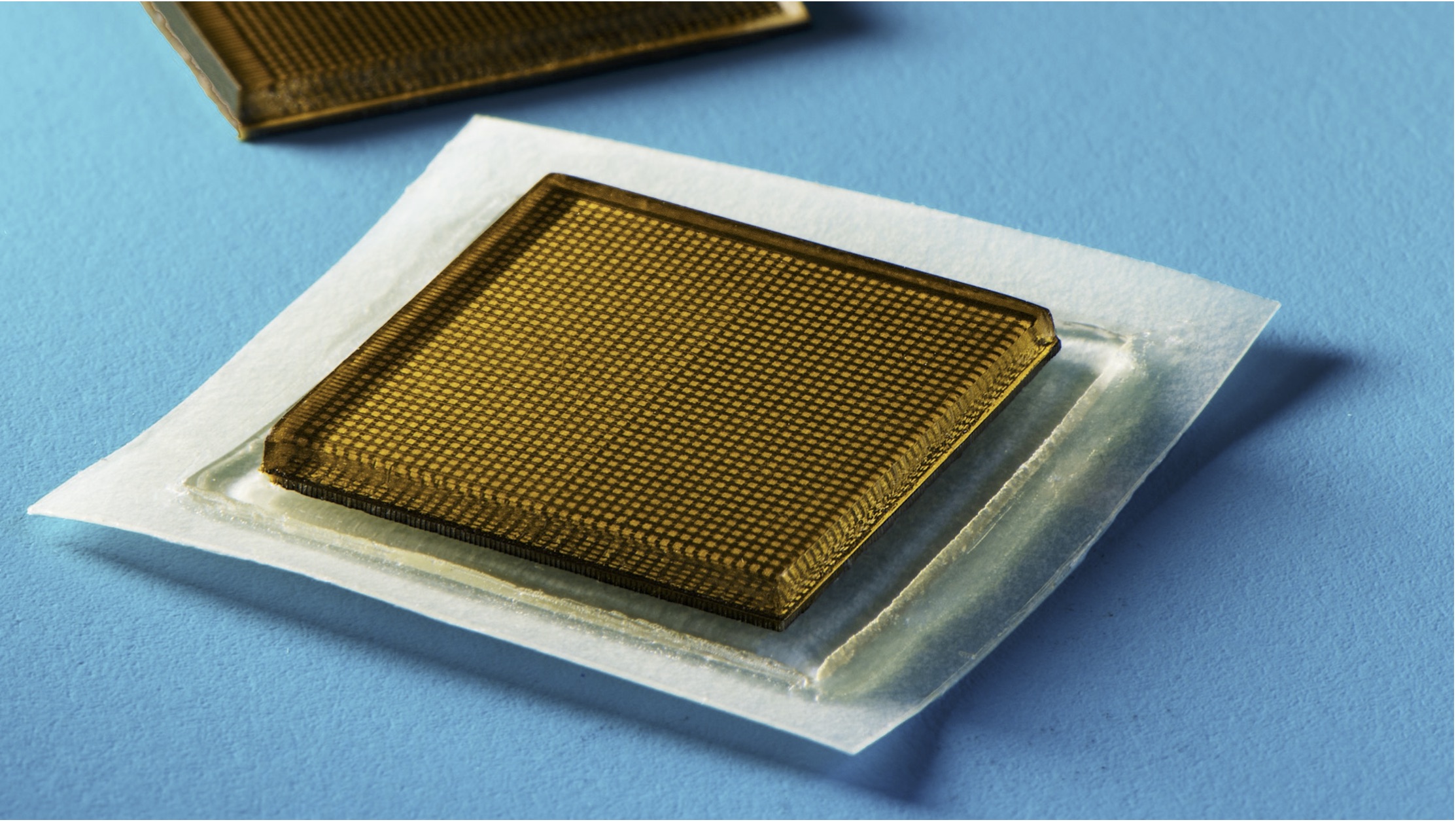 Imagine an adhesive patch, the size of a postage stamp, that could be stuck onto your skin in close proximity to your heart, that was able to gather ultrasound images and transmit these, wirelessly, to your smart phone while you exercised. Well, a group of engineers from MIT has accomplished the first part of the puzzle – a bioadhesive ultrasound (BAUS) transducer – and reported their results in Science. The paper has generated significant media interest with follow-up stories in Wired, The Scientist, and The Guardian.

Among the challenges with hand-held ultrasound (HHUS) are the dependency on the skill of the sonographer and the limited period of time that images can be gathered. Recognising that the quality of ultrasound images is dependent on the acoustic couple between skin and transducer, Chonghe Wang and his colleagues have combined “the strengths of both elastomers and hydrogels by encapsulating a soft hydrogel in a thin elastomer membrane and coating it with a bioadhesive material.” This hybrid BAUS couplant (seen above right) enables the device to capture ultrasound images continuously for up to 48 hours. 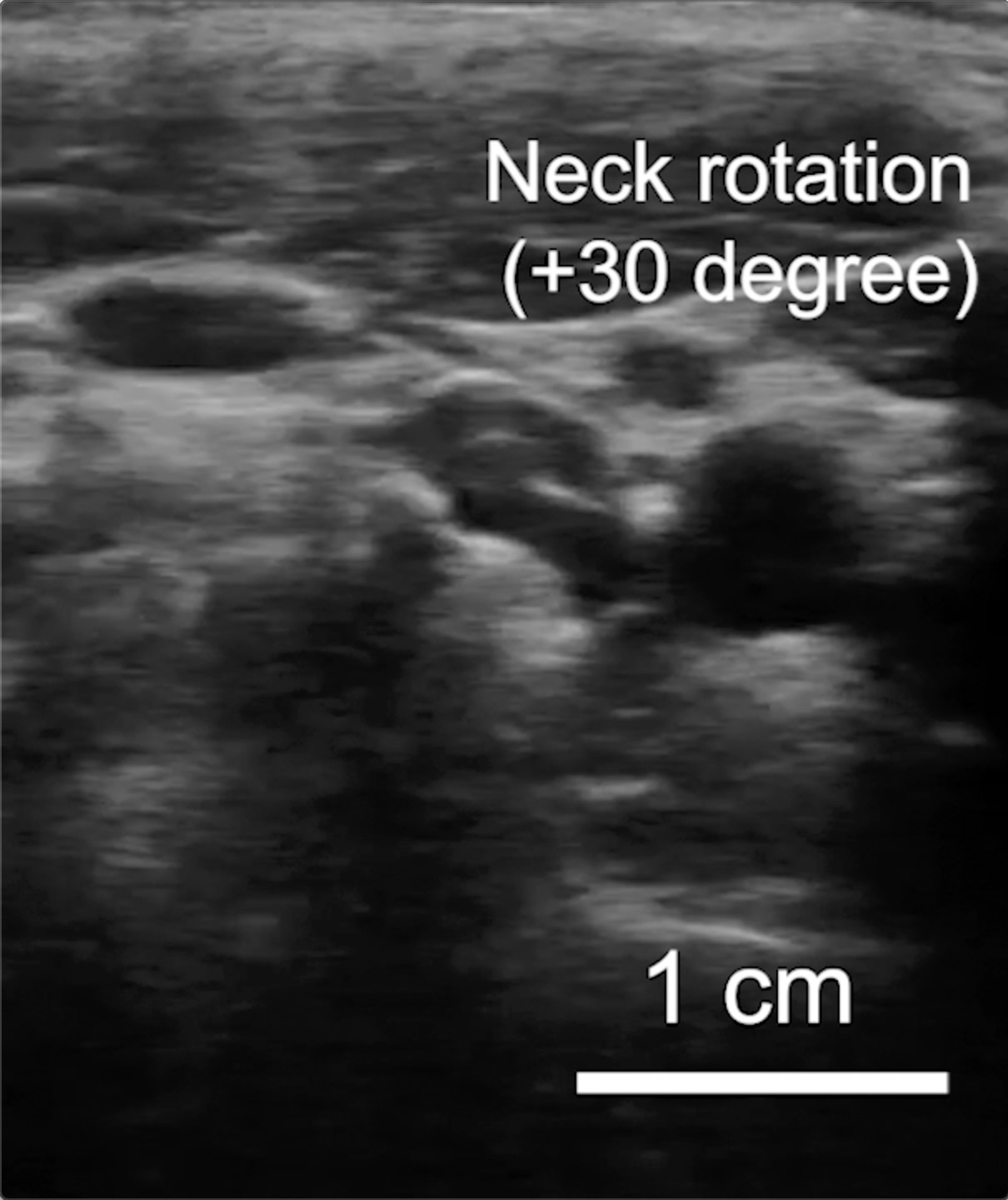 The part of the puzzle that has yet to be solved is the wireless connection between transducer and recorder. At present, the BAUS device is wired up to traditional ultrasound equipment, thus limiting the widespread adoption of the technology. Nevertheless, the researchers have reported an impressive range of applications, including: images of blood vessels under dynamic body motions such as neck rotation (seen left, © AAAS); colour Doppler imaging of the carotid artery and jugular vein; long-term continuous imaging of the lungs; and dynamic imaging of the four chambers of the heart.

These are significant accomplishments, with senior author Xuanhe Zhao commenting that his team envisions “a few patches adhered to different locations on the body, and the patches would communicate with your cell phone, where AI algorithms would analyse the images on demand.” He goes on to state, “We believe we’ve opened up a new era of wearable imaging – with a few patches on your body, you could see your internal organs.” 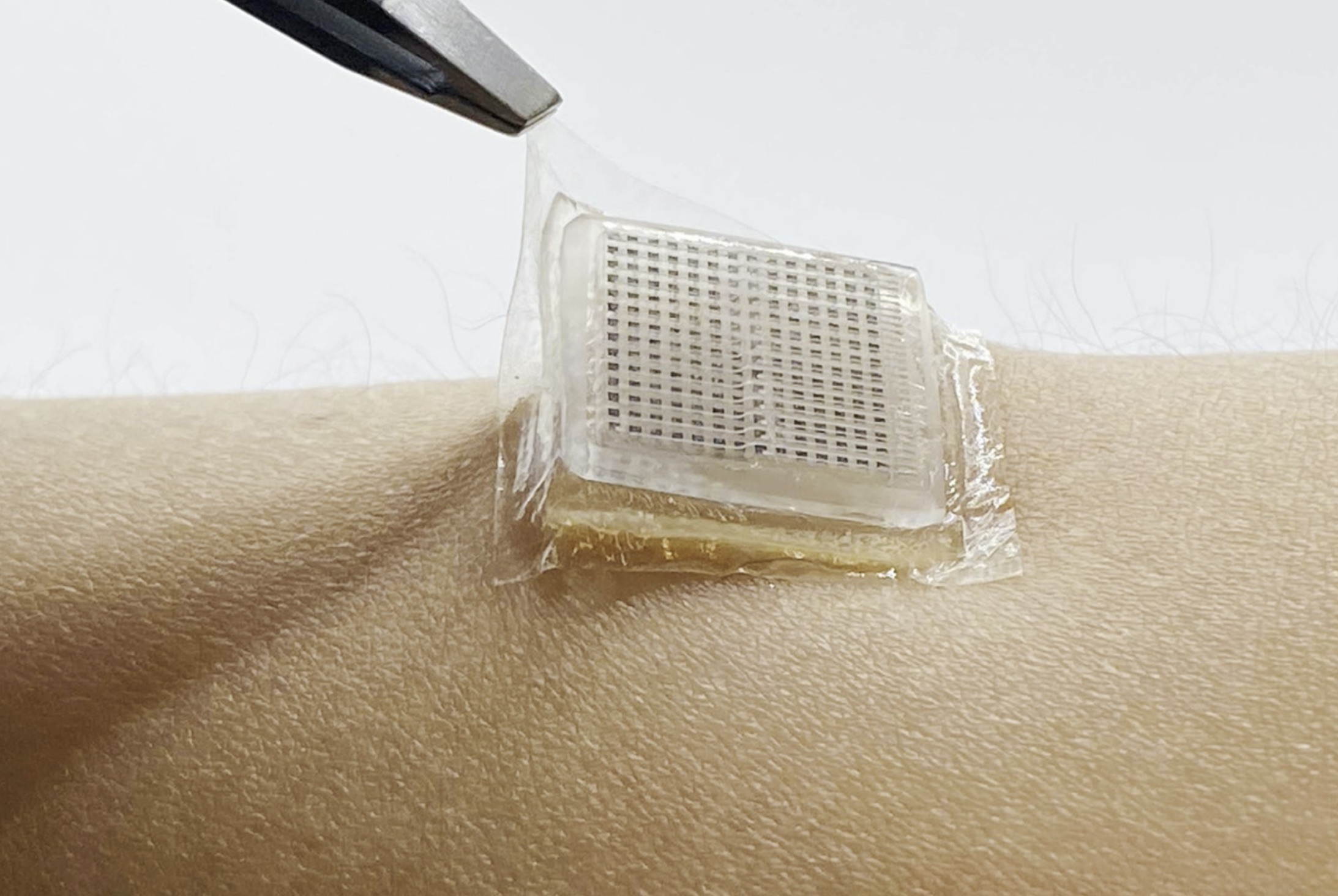 While the MIT team has been able to achieve excellent acoustic coupling between skin and transducer (seen right), there are still some challenges that lie ahead. In an accompanying commentary published in Science, Tan and Lu have stated that because the BAUS transducer has a small window (20mm x 20mm) into the body, 3D imaging will require many transducers to provide sufficient resolution. That said, BAUS can certainly be characterised as a breakthrough technology with considerable potential.